University of Derby film and video production lecturer, Russell Cherrington, was part of a team who won the award for ‘Best DVD/BD Special Edition Release’ at the 41st Annual Saturn Awards 2015, in Los Angeles, California.

Taking original footage, editing the film and using the original script, Russell was able to deliver the 150-minute feature length film. Nightbreed: The Director’s Cut has since been screened at more than 40 film festivals around the world and was released on DVD and BluRay in 2014 by Scream Factory. 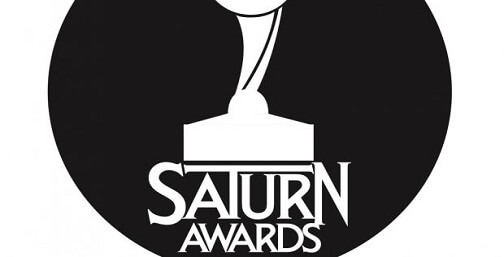 The 41st Annual Saturn Awards were organised by The Academy of Science Fiction, Fantasy and Horror Films and held in Burbank, Los Angeles (July 1). Over 500 guests attended, including top film and television industry leaders.

Speaking after the award ceremony, Russell said: “This award is a celebration of what we have achieved as a team with no support from film studios or funders. Nightbreed has found its audience in 2015 and Clive Barker has the film he always wanted to make.

“The University has been a strong supporter throughout the whole process and I hope that this win inspires our film production students to follow their own cinematic dreams.”

Other nominations in the ‘Best DVD/BD Special Edition Release’ category included: Alexander: The Ultimate Cut, The Hobbit: The Desolation of Smaug (Extended Edition), Once Upon a Time in America (Extended Director’s Cut), Sorcerer and, The Texas Chainsaw Massacre (40th Anniversary Collector’s Edition).

Later this year, Russell will take on the role of Executive Producer for Jacqueline Ess, which will be shot in Canada and star Game of Thrones actress, Lena Headey.