Five local law firms in the East Midlands have agreed to work with the University of Derby’s Law School to offer work placements for LLB and Joint Honours students as part of an agreed sponsorship prize.

Derby Law School has previously worked with The Smith Partnership, Geldards and Flint Bishop to offer this sponsorship prize, but more recently they have announced that they will also be working with Banner Jones and Elliot Mather.

Each law firm will offer work experience for the student awarded with the best grade for each subject from the next cohort of students in September 2015, with the placements taking place in June 2016.

Toby Netting, Head of Family Law at Banner Jones said: “We are so pleased to be sponsoring the prize for family law as we believe it is vital to encourage those with a passion for law to be the best that they can be.

“Banner Jones is a full service law firm, so the placement will give them a great foundation as to what it’s really like to work within family law services, while giving them a flavour for other departments as well. We believe this is a great opportunity for anyone looking to start a career in this area of law.” 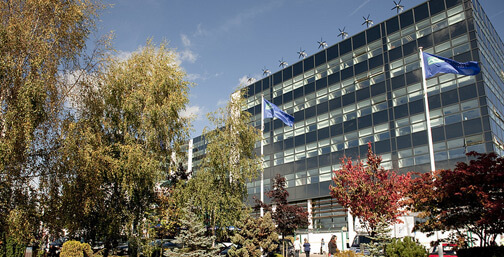 The winning student will work within Banner Jones on a two week placement in June 2016, primarily within their main office in Chesterfield.

Scott Atkins, LLB Programme Leader at the University of Derby, added: “We are delighted to work with such prestigious law firms around the East Midlands, which will enable us to offer prizes for the benefit of our dedicated law students.

“The prizes underpin the strong connections formed with local law firms which provide a vital link between the Law School and the world of work. These connections also include students being mentored and taught by members of the local judiciary and practitioners, which emphasise the real-world learning that we offer to students.”

This year marks the 20th anniversary since the first cohort of law students graduated from the University of Derby. Law was first introduced at Derby in 1991 and has some of the country’s most advanced facilities, including courtrooms, crime labs, interviewing suites and a crime house.

The Law School also offers a prize sponsored by the Her Majesty’s High Sheriff of Derbyshire, which rewards volunteering in the county.