Hogstrom joins Team Derby after a strong tournament year and is currently ranked 69th in the world with fellow Swede Nico Ruponen in Mixed Doubles.

Malaysian star Hui Lin was ranked 20th in the world in 2014 and joins fellow Malaysian player Lyddia Cheah Yi Yu in the Team Derby line up. 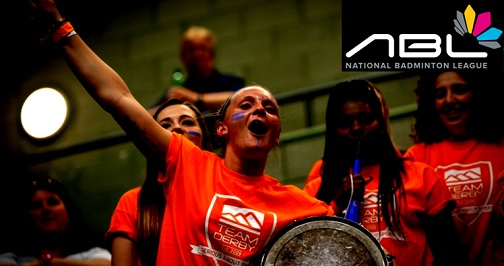 Team Derby are hoping for a repeat performance of last season’s NBL win and will face the Surrey Smashers in their first home game on Monday, November 30, at the University of Derby’s brand new £10.8 million Sports Centre.

Ollie Shearer, Franchise Director and Head of Sport Development at the University of Derby, said: “We’re delighted to bring two more players of this calibre into our squad as we begin our title defence this month. It’s important that we make a statement to the other teams that winning last season was just the beginning for the Team Derby side and we want to build on that success in 2015/16.”

Head Coach, Donna Kellogg, who was awarded Head Coach of the Year at the 2015 Derby Sports Awards, has been working hard throughout the summer to secure new signings for the season and is delighted with her two latest acquisitions.

She said: “With player’s schedules packed for 2015 and 2016 we’re working around the clock to find the best players to play for Team Derby in the National Badminton League. Having Amanda and Hui Lin commit to Team Derby for the season is a huge success and highlights the power of the University of Derby and the NBL.”

The new announcements to the Team Derby NBL franchise come having won the Team of the Year Award at the 2015 Derby Sports Awards last month.