Hip-Hop birthday party on the cards for Kevin

A global youth movement will be celebrating its 40thbirthday in style if a University of Derby student wins a competition set up to find Britain’s most creative Events Manager.

Kevin Wallace, an MSc Events Management student, came up with the  idea for a celebration of Hip-Hop in a skateboarding venue in his home city of Gateshead. His idea has since been shortlisted for the MyEvent.Vision contest, sponsored by global travel giant TUI.

His proposal for a Culture Jam bringing all the aspects of Hip-Hop culture, from music to skate-boarding together was one of the many original and dynamic ideas presented to the judges working with Events International Group (EIG), all of whom have 17 event brands in their portfolio.

The winner will be revealed at the M&IT Industry Awards on 3rd March and will receive £5,000 cash, a full-time job offer from a leading events agency and a commitment to put on his or her event.

Kevin, 50, now lives in Manchester. He used to organise youth arts events for a local authority in the North East in a bid to cut down graffiti and other problems in the area. But he found that there was also much to celebrate in the Hip-Hop lifestyle of 12-20 year-olds, which started 40 years ago in New York among young black men living in tough urban areas. 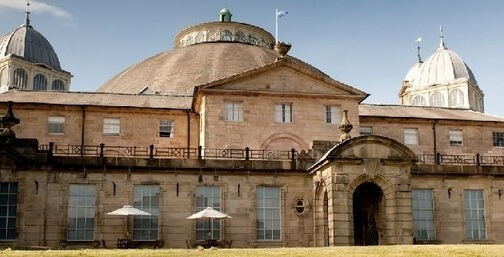 He said: “At grass roots level it is very much about young people expressing themselves and being confident and creative. There’s a very strong sense of love and community. One of its core qualities is self-improvement.

“It isn’t just about music, it’s also about dance, rapping, BMX biking, skate-boarding and graffiti. It’s become an integral part of youth culture. The idea of the Jam is to bring together all these aspects into one event under one roof. It will create an amazing atmosphere.”

Kevin decided to study for an MSc Events Management to boost his career prospects. He added: “Having worked in this sector for 20 years, I felt I wasn’t going to progress. I checked out a few courses and the University of Derby's was among the best. The team are great and the staff really invest time in their students.”