Hollywood star Jack O’Connell is among a group of six set to receive Honorary Degrees from the University of Derby. 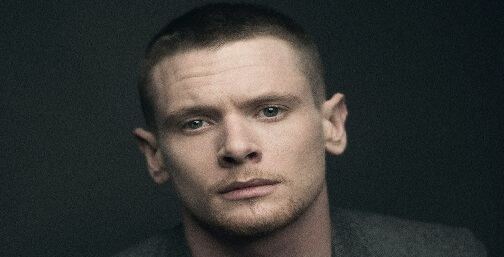 Each year notable people, with a strong connection to the University or to the city, are chosen to receive an Honorary Degree at the annual Awards Ceremonies, which is when the University’s students graduate after completing their courses.

Thousands of students, guests and VIPs are expected to attend this year’s trio of ceremonies which will take place from Wednesday, January 13, to Friday, January 15, 2016 at Derby Arena. Confirmation of which of the Honorary Award recipients above will be attending this ceremony will be released nearer the time.

Jack O’Connell, 24, was born in Derby. He started his acting life in productions at Saint Benedict School and Performing Arts College in the city and is now making a career in Hollywood.

Jack made his film debut in 2006 in the critically acclaimed British film This Is England. His breakthrough television role came three years later when he took the part of James Cook in Skins. Over the next few years, we saw Jack star in numerous television projects, including his portrayal of Bobby Charlton in ITV drama United, six part Sky drama The Runaway and TV movie Dive.

Jack’s film credits include Eden Lake, Private Peaceful and 300: Rise of an Empire. His breakthrough came when he gave critically acclaimed performances in the independent films Starred Up and ’71. Jack received consecutive nominations for the ‘Best Actor’ award at the British Independent Film Awards.

It was 2014 which saw him make the transition to Hollywood, taking his first leading role in the major studio picture, Unbroken. The film directed by Angelina Jolie saw Jack portray Louis Zamperini, the Olympian athlete and Second World War veteran. Jack received the ‘New Hollywood Award’ at the Hollywood Film Awards. He was presented with the accolade at the ceremony in Los Angeles by Angelina Jolie, who introduced him with the East Midlands phrase, “ay up me duck”.  Jack also received the prestigious BAFTA Rising Star Award in 2015 for his impressive body of work, marking him as one of the UK’s most exciting young stars. Next year, Jack will be seen in Money Monster, a film directed by Jodie Foster, starring alongside George Clooney and Julia Roberts, and Tulip Fever with Alicia Vikander.  He is due to start filming new project HHHH this year.

Jack said: "I feel a sincere level of gratitude for this honour I am presented with by the University of Derby. It's an achievement, and one I feel I can be proud of. Up the Rams."

Richard Gerver is a former student of the University of Derby, where he studied to become a teacher. He went on to become the head teacher of Grange Primary School in Long Eaton, which he famously transformed from a failing school into one of the most acclaimed learning environments in the world - in just two years. As a globally celebrated speaker and author, he now helps individuals and companies around the world to embrace change.

Speaking about his award, Richard said: “I have always been so proud of being a University of a Derby graduate; it was where I was introduced to teaching and to my wife! To be recognised in this way is an extraordinary honour.”

Professor Kathryn Mitchell, who officially takes up the role of Vice-Chancellor of the University of Derby in September, added: “I am very much looking forward to welcoming all of these special guests to our graduation ceremonies next year, where they will receive their awards alongside our hard working students.

“Beyond their individual professional successes our honorands are people with a connection to our local area, who have advanced and improved their chosen field in a manner which has benefited the wider community.”