Visiting Professor and scholar Catherine Belsey will return to the University of Derby next month (Wednesday March 4) to talk about John Milton's sonnet 19 on the apparition of his dead wife.

Other 17th Century ghost stories, particularly those about the return of dead relatives, revolve around the nature of ghosts - how they looked and behaved, and crucially what they were. Much was at stake in the debates about whether they even existed. Milton's sonnet is thought to have been inspired by the death of his wife; however it is possible that this loss is not the only theme of the poem.

"The author of Paradise Lost is not known for his ghost stories and I am glad of the opportunity to draw attention to this aspect of his work. I hope that my lecture will engage all those who are passionate about literature, cultural history and philosophy." 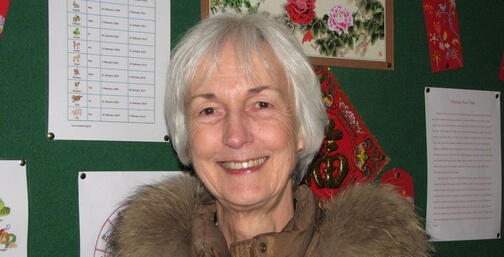 Dr Robin Sims, Programme Leader for English at the University of Derby, added: "It is a great privilege to host Professor Belsey as a visiting Professor of English. Her work has featured on English courses worldwide. She is an excellent public speaker.

"This lecture will draw on her current research into ghost stories. It is an opportunity for all those attending to engage with an internationally-acclaimed scholar who has been at the cutting edge of literary studies for more than three decades."

The public lecture, titled 'Milton's Ghost Story', will take place at the University's Kedleston Road site in Derby at 5pm.

Professor Catherine Belsey is the author of Shakespeare in Theory and Practice(2008) and A Future for Criticism (2011). She is also a Fellow of both the English Association and the Learned Society of Wales.