The University of Derby’s Community Fund is helping five local projects, including The Blue Box Community Group in Belper, after the first winners of funding for 2014/15 were announced.

Blue Box, who have been running for three years, were awarded £500 by the University’s Fund. A recent fire damaged their Youth Club building, but the grant will allow them to continue running the Multi Sports Club project and engage with local young people on the Belper Parks Estates in Amber Valley.

Their Multi Sports Club sessions, which run on a Tuesday and Friday evening, are currently attended by between 25-50 young people each week. Participants have the chance to make new friends and take part in regular activities such as pool, tennis and computer gaming. The Club also provides educational workshops about cooking, drug awareness and relationships.

The Community Fund is just one of the ways in which the University of Derby hopes to give back to local people by handing out grants to inspiring projects that seek to benefit the community in some way. It is open to applicants from eligible groups in Derby, Derbyshire, Burton, Leek, Macclesfield, Mansfield and Uttoxeter. 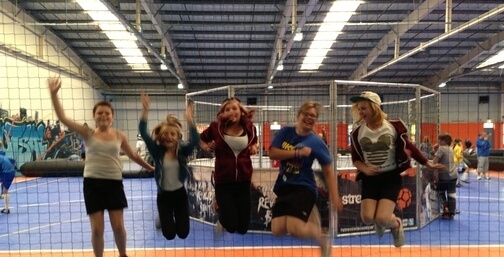 Tom Wyke, Chair of the Blue Box Community Group, said: “We’re grateful to receive a grant from the University of Derby’s Community Fund because Blue Box Youth Club has become a vital provision in the area, acting as a base for local young people to go.

“The Club has been through some hard times recently, when a fire caused serious damage to our building but, thanks to this grant, we will be able to continue providing activities for the young people on the estate throughout the spring while we find a solution to the building project.”

The Community Fund awarded £2,500 to local groups and the money will also help fund projects for St. Alkmunds Youth Group in Derby, Burton’s Blind and Partially-Sighted Club, the Derby Midshipmen Band, and Friends of Markeaton Park.

Rosie Marshalsay, Head of External Relations at the University of Derby, added: “The University is an integral part of the community, so it’s fantastic that we’ve been able to support so many worthwhile causes this time around.

“Through the Community Fund we hope to inspire others to make a real difference and would encourage groups looking for funding to make an application.”

The next round of funding opens on 1 March and closes on 27 April 2015. Winners will be announced in May.