The conference, which took place in Glasgow in August (26-28), focused on the theme of Audio Education. The AES Student Research Competition for which Simon won his award was judged by Jim Motley of Solid State Logic.

Simon presented his research at the conference which was undertaken as part of the Independent Engineering Project, while studying the BSc (Hons) in Sound, Light and Live Event Technology at the University of Derby.

Speaking about the award win, Simon said: “It feels great to have the project recognised in the world outside of the University and it has inspired me to continue researching the topic.

“The course at Derby is well-renowned in the industry and has been fantastic. It delivered on my thirst for knowledge, has broadened my social and academic horizons, and provided me opportunities to succeed in my career.

“I’m starting a part-time MSc in Audio Engineering at Derby, which should help me continue to grow as a researcher even more and will open up a whole host of new avenues.” 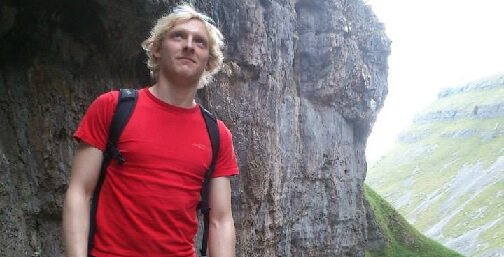 Simon has even more to shout about, having landed his first graduate job in the Research and Development team at Amina Technologies – a specialist loudspeaker manufacturer – straight after his final exam. He will graduate in the University’s award ceremonies in January 2016 with First Class honours.

Dr Adam Hill, Lecturer in Audio Engineering at the University of Derby, said: “Simon’s work stands out because of its relevance to the live sound industry and I’m thrilled that his work has been recognised with this award from the AES.

“He worked tirelessly on his research throughout his final year at Derby and independently developed some excellent pieces of software to allow for controlled experimentation.

“He also kept in close contact with his industrial mentor for the project, John Taylor from d&b audiotechnik – an internationally recognised loudspeaker manufacturer – to ensure that his research would be relevant to the sector.”

Simon will present his research,which he co-authored with John Taylor and Dr Adam Hill, at the Institute of Acoustic’s Reproduced Sound 2015 conference, which takes place November 10-12 at Fire Service College, Gloucestershire.