Plantago coronopus, or Buck’s-horn Plantain – a salt tolerant plant usually spotted in coastal areas – has been discovered growing in the very centre of Derby.

The plant was discovered in a rare sighting on Wednesday (June 17) during ‘Notice Nature: Exploring the Museum Site’ run by Graham Rowe, Programme Leader for Biology at the University of Derby for Derby Museums.

According to the Philosophical Transactions of the Royal Society (1747), Buck’s-horn Plantain is “the true star of the Earth” and “cures the bite of a mad dog.” 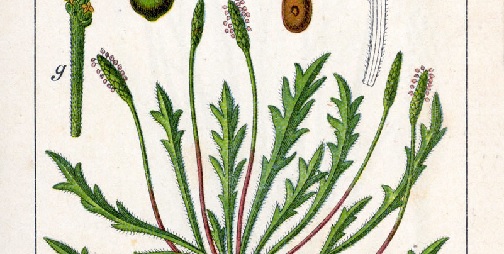 Graham Rowe said: “Thankfully, there was no need to test the plant’s supposed medicinal properties. However, it just goes to show that plants and animals can still be found in even the harshest of urban environments and that nature will always fight back given the slightest chance”.

Former senior lecturer at the University of Derby, Dr Alan Willmot, who co-authored the recently published Flora of Derbyshire, added: “Bucks-horn is a roadside halophyte, or salt tolerant plant, so you’d usually find it growing in coastal areas. It’s very uncommon to find it growing inland, certainly as inland as Derby and there have only ever been around 40 sightings in this area.”

The Bucks-horn Plantain was discovered along Bold Lane in Derby city centre growing at the base of a tree.