Female students from the University of Derby have helped create a film in response to a global campaign for girls’ education.

Girl Rising is a social action campaign which uses the power of storytelling to inspire action and get girls into classrooms worldwide.

It began as a feature film about nine girls in the developing world who confront tremendous challenges to pursue their dreams before developing into a thriving worldwide movement.

A team of students from the University of Derby, along with 15 female students from Long Eaton School, worked with visual artist and film-maker Fi Burke and writer River Wolton to make a film in response to Girl Rising, charting their own creative challenges and aspirations.

The film, called Girl Rising: Derbyshire, will now be premiered as part of Derbyshire Literature Festival tomorrow (May 14) at Long Eaton School, where students will present their work and talk about the film-making process.

Maria Stefoni, who is studying film production at the University and was in charge of technical support and operating the cameras during the project, said: “I had never heard about Girl Rising before until this project but as soon as I researched it, I just knew that I had to be involved.

“It has been a beautiful project to work on. The school girls have created some wonderful work. I’m very proud of this film and I am honoured to have been a part of it.”

The film, which lasts around six minutes, features the reactions of the school pupils after looking into the story of Senna, a young woman from a Peruvian mining town struggling for her right to education.

The students were then supported to identify themes of struggle, challenge and success in their own lives and write about them through poetry before being incorporated into the film. Each of the girls had a specific role including scriptwriting, producing, camera operation and sound.

Writer River Wolton, who came up with the idea for the project, said: “This has been one of the most rewarding projects I've done. The highlights have been seeing the girls' confidence grow in leaps and bounds, their brilliant ideas, their passion and their courage.” 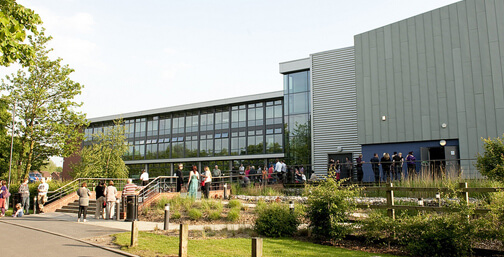 She added: “The experience has been particularly gratifying because of the positive feedback from the students as well the collaboration between us all. There have been challenges along the way and we have overcome them, which is true to the spirit of Girl Rising.”

Long Eaton School pupil Ciara, 14, said the project had inspired her to pursue a career in media and film-making.

She added: “The project has changed how I think about what is right and how people are treated. It has opened my mind to how much sexism there is in this world, in the ways that girls are looked at, talked to and treated.”

The project has been supported by the University of Derby BA (Hons) Film Production Programme, Derbyshire County Council and is part of Made in Derbyshire 2015 - a year of celebrations and activities exploring the rich cultural life of the county.

Tom Craig, Programme Leader for BA (Hons) Film Production, said: “There is a long tradition at the University of Derby filmmakers who have produced work of immense social value.

“I am hugely proud of Maria and the team; not only has she helped the girls involved realise their true potential but a number of them now want to become directors themselves.”

The film will be showcased tomorrow (May 14) at Long Eaton School from 4pm – 5pm.