An aspiring primary school teacher who is a member of the University of Derby’s volleyball team has won a national award.
Holly Mowbray scooped ‘Higher Education Volleyball Officer of the Year’ at Volleyball England’s Annual Awards last weekend (April 25).

The 24-year-old, who is studying primary education at the University of Derby, joined Team Derby’s volleyball club when she first started at the institution and is now secretary of the committee.

Holly, who is a third-year student, said: “I was amazed to be shortlisted as there are so many great volleyball officers. When I won I was just speechless.

“My University course is busy, I work all weekend and afterwards I go straight to run recreational volleyball sessions.

“It has been hard juggling everything but I am passionate about sport being fun so that is why I put a lot of time and effort in.”

The Higher Education Volleyball Officer of the Year award recognises an officer who has made a notable commitment of their personal time resulting in a positive impact on recreational volleyball activity in their university.

More than 50 trophies were handed out to players, coaches, officials and volunteers at the Annual Awards gala dinner at the National Volleyball Centre, in Kettering.

Holly was put forward for the accolade by Jennifer Castle, Sports Development Officer at the University of Derby.

She said: “Holly’s passion for volleyball is contagious. Through her effort and innovative thinking, participation in volleyball within the University has increased significantly.

“Holly has been fundamental in the development of recreational sessions that have seen, on average, eight novices playing the sport each week.” 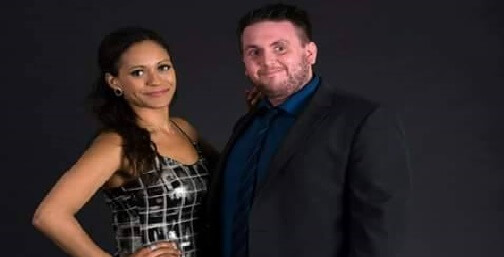 The programme is designed to allow a greater range of fun, recreational and flexible sessions for members of the University not currently engaged in sport or physical activity.

Holly is also a member of the University’s dance committee, Derby Dance Team.

He said: “The whole of the Athletic Union at the University knows how hard Holly works so we all decided that we needed to nominate her for the award.

“She works incredibly hard promoting and running recreational sessions, as well as being on the club committee.

“She studies primary education at the University and, even when she is on placement for long periods, she is still promoting the club and her sessions through social media.

“When Holly won the award, as a club, we felt ecstatic and glad that her hard work had been recognised by the national governing body, Volleyball England.”

Holly’s success follows a range of achievements by the University’s volleyball teams.

The men’s Team Derby volleyball club have been promoted to BUCS Midlands first division and the women’s Darkstar team, the national league link team for the University of Derby, scooped first place in the National League Division at the National Volleyball League.