The University of Derby’s franchise badminton team, Team Derby, will compete for the Championship title in the inaugural National Badminton League (NBL) Finals Day this Sunday, June 7 at K2 Crawley.

Two of Derby’s bright young badminton talents, Lydia Powell and Tiara Samuel, have now been revealed to play in the Finals Day line-up.

Tiara Samuel, 17, is a member of the Derbyshire Institute of Sport (DIS) and makes her NBL debut this Sunday. Last year, she won the mixed doubles bronze medal in the Under-17 English National Badminton Championships 2014 with fellow Team Derby member, Josh Hong.

Rising star Lydia Powell will join Tiara for the women’s doubles, having already played in NBL games for Team Derby against the Birmingham Lions and Surrey Smashers.

Lydia is the reigning Under-19 National Champion in the women’s doubles and reached the semi-finals at the Senior Nationals in the women’s singles. She will also be appearing on Sky Sport’s ‘Game Changers’ this Saturday, June 6 ahead of the Finals Day at Crawley. 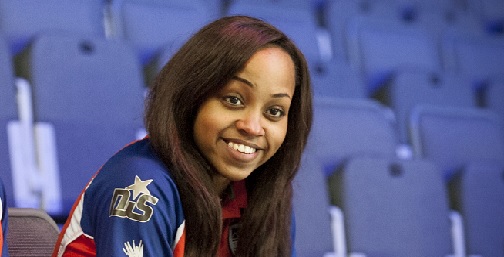 There will be two semi-finals on Sunday with Team Derby taking on University of Nottingham Badminton, while Surrey Smashers play Loughborough Sport. The winners will meet in the final, which will be shown live on Sky Sports 1 from 2.30pm.

Team Derby’s Head Coach Donna Kellogg MBE said: “It would be great to finish the season on a high. The team are all focused and determined to play their best in the finals.

Ollie Shearer, Team Derby Franchise Director at the University of Derby, added: “It’s going to be a great final. We entered this League because we wanted to show how far we had come as a university in terms of sport. We now sit second place in league and our intention is to walk away on top.”