How to clone a mammoth – University lecturer explains all

A lecturer at the University of Derby is to explore the possibility of cloning mammoths in a free public lecture next week.

In celebration of Biology Week 2015, Graham Rowe, Programme Leader for Biology at the University, will talk about ‘de-extinction’ and the prospect of seeing living mammoths in the future.

The event, called ‘How to Clone a Mammoth’, will be held on Tuesday, October 13 at the University’s Kedleston Road site.

Graham said: “Recent developments in genetic and cloning technologies have raised the question of whether it will soon be possible to bring extinct species back to life – so-called ‘de-extinction’ or ‘genetic resurrection’. 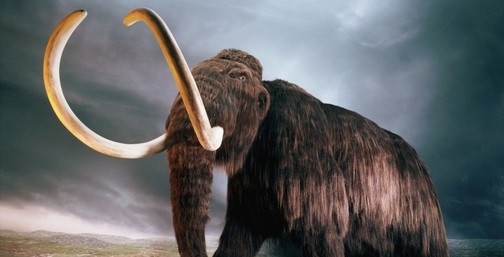 “Any attempt at de-extinction will require a source of DNA from the surviving remains of an extinct individual and the better the quality and quantity of DNA recovered, the greater the prospective chances of success.

“Good candidates for early attempts at de-extinction are those species that have only recently become extinct. The mammoth has been proposed as a prime candidate for de-extinction.

“Mammoths died out within the last ten thousand years but, more importantly, the remains of their soft tissues are not infrequently encountered still frozen in the Arctic tundra.”

The talk will discuss whether mammoth DNA is sufficiently good quality to be used for cloning and if so, how it would be possible to resurrect the species as well as the ethics around doing so.

Graham added: “The talk is open to anyone who with an interest in biology – or mammoths. I will also give a brief introduction to mammoths and their relationship with living elephants. No specialist knowledge is required.”

On Wednesday, October 14, the first of the 2015-16 University of Derby Geo-Talks will take place.

Professor Bruce Yardley from Radioactive Waste Limited – an acknowledged expert on the issue of radioactive waste disposal – will talk about some of the challenges and opportunities faced by the nuclear industry.