A geologist whose fascination with rocks started as a boy in the caves of the Peak District and who is still publishing research at the age of 90 is to receive an Honorary Professorship from the University of Derby. 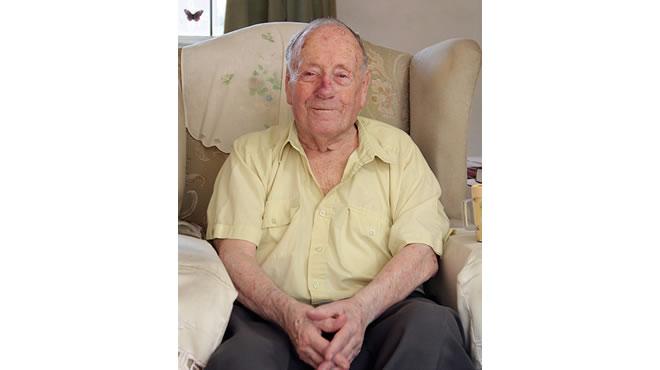 Dr Trevor Ford OBE, PhD, BSc, FGS, is not only an acknowledged expert on the geology, mineralisation, lead mines and caves of Derbyshire, but has also recorded evidence of the earliest forms of life in fossils at sites as far apart as Leicestershire and the Grand Canyon.

His name still appears among the credits on a geological map of the Grand Canyon where he also recorded evidence of early forms of life while navigating it from end to end during rafting trips.

Closer to home, Dr Ford wrote the definitive scientific description of Blue John – a variety of fluorite highly-prized as a semi-precious mineral and mined in Castleton where it is turned into artworks and jewellery.

Dr Ford was nominated for his exceptional services to cave science and outstanding contributions to the knowledge of cave systems, geology and lead mining history in Derbyshire and the Peak District over more than 60 years.

His interest in speleology – the scientific study of caves – goes back to the 1940s when he was a guide at Speedwell Cavern at Castleton and he was involved in major discoveries both there and in nearby Peak Cavern.

Dr Ford said: “Beyond the Bottomless Pit in Speedwell Cavern is the so-called Far Canal tunnel. I crawled up a narrow passage which hadn’t been used for umpteen years and discovered a whole network of passageways.”

Dr Ford also served with the Royal Navy in the Far East, and was one of the few people to have served His Majesty in khaki, both shades of blue, white and green.

After service in the Home Guard with its khaki uniforms, he was called up to wear the light blue of the RAF – but was found to be colour-blind, so transferred to the Royal Navy, where he also wore dress whites. In preparation for the invasion of Malaysia, he was issued with jungle greens.

“When I came back I said to my parents that I wasn’t going back to working in a bank, so the alternative was to take up geology,” added Dr Ford.

After graduating in Geology from the University of Sheffield in 1950, he completed his PhD on the Ingleton coalfield in South Yorkshire before being appointed lecturer in Geology at the University of Leicester where he spent 38 years, rising to Associate Dean of Science.

Awarded an OBE for services to geology and to cave science in 1997, Dr Ford has produced 485 publications over 60 years and has trained generations of PhD students who have gone on to be successful career geologists.

One of his scientific achievements – naming a strange fossil found by a boy called Roger Mason in Leicestershire’s Charnwood Forest – was described by Professor Martin Brasier from the University of Oxford as identifying “a clear threshold for the study of early life on Earth.”

“Some people have described it as a sea feather. It’s an impression of a frond-like organism, and we don’t know how it reproduced or fed.”

Still publishing work, Dr Ford admitted: “I’m running out of steam, but I’m still doing a little bit. If you make your work your play, you are always playing.”