Eight University of Derby graduates worked at the World Premiere of the latest James Bond film, Spectre, at the Royal Albert Hall earlier this week (October 26). 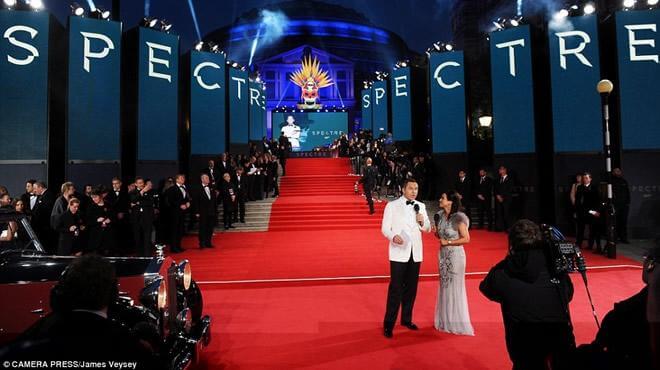 University of Derby graduate, Alex Huggins said: “It was amazing to be part of the World Premiere of Spectre. I was fortunate enough to be involved throughout the Premiere and even got to stand at the edge of the red carpet so I got a great glimpse of the celebrities.”

All of the graduates studied BSc (Hons) Sound, Light & Live Event Technology at the University of Derby.

“The specialist skills and knowledge that they developed in the degree are eagerly sought by the production companies involved. It’s one of the reasons why we have 100% of our students in work or further study within six months of graduating.”

View time lapse video of the setup of the World Premiere of Spectre.

Find out more about studying BSc (Hons) Sound, Light and Live Event Technology at the University of Derby.

The next University of Derby Open Day takes place at our Derby and Buxton campuses on Saturday November 21. Find out more and book your place.