After eight years of working in estate agency, University of Derby graduate, Mandy Stephens, made the decision to take a new career path and go back into education to follow her passion for forensic science. 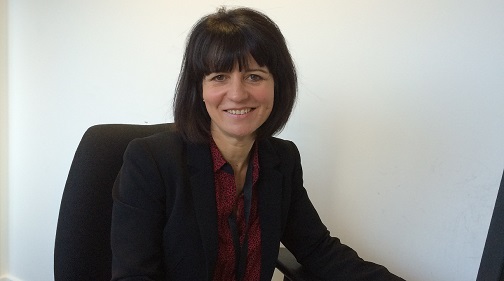 Mandy completed her BSc (Hons) in Forensic Science and Criminology in 2014, and was awarded first class honours at the University’s Awards Ceremonies, at Derby Arena, last Wednesday (January 14). She has already landed a notable role to kick-start her new career.

Working at the Independent Police Complaints Commission (IPCC) as an Investigation Researcher for the Hillsborough Investigation, Mandy plays an important part in what is the biggest criminal investigation into alleged police misconduct ever conducted in England and Wales.

The prestigious role comes after three years of dedication and hard work that saw many successes. In her first year of study, Mandy was awarded the Biological and Forensic Sciences Semester award for academic achievement. She was then accepted as the University of Derby’s student representative with the British Association of Human Identification and, the British Association of Forensic Anthropology.

At the end of her degree, Mandy was awarded the annual Pearson Publishing Prize for ‘Best Forensic Independent Study’, which she calls her “greatest achievement”, in which she secured the opportunity to reconsider the biological evidence of a current cold criminal case and explored methods of preserving biological evidence for human identification purposes.

Mandy has also helped to catalogue and supervise the forensic examination of the Anglo Saxon Skeletal Collection held by the University on behalf of Derby Museum, looking in particular at familial linkage, disease and non-metric traits.
Talking about her graduation, Mandy said: “It was all really exciting; I enjoyed and embraced my studies and I’m thrilled that all my hard work was recognised by my First class degree. This achievement has also made it possible for me to successfully gain a relevant role with a prestigious organisation.”

Adam Long, lecturer in Forensic Science, said: “Mandy showed a relentless enthusiasm in her degree programme and always demonstrated continued engagement and interest for learning. Mandy is very deserving of her first class honours degree and I‘m proud that her efforts have been recognised by this excellent achievement. This will serve her extremely well in her future career ambitions.”

Last week, the University of Derby’s new custom-built Forensic Training Facility (FTF) was officially opened. The £410,000 facility, which looks like a typical four-bedroom house, has seven replica crime scenes hidden behinds its wall, along with a blood pattern analysis room – believed to be the only one in a UK university.

The house is fitted with state of the art CCTV, audio-visual equipment and other technology allowing tutors to monitor students from a distance, so they can work crime scenes independently in a real-life setting.

Around 3,400 graduates who studied at the University of Derby's seven Colleges – covering education, health and social care, business, life and natural sciences, engineering and technology, the arts; and law, humanities and social sciences – and almost 12,000 family, friends and other guests attended the three days of the Awards Ceremonies from January 14 to 16 at the new Derby Arena in Pride Park.