A Sack of Uncut Gems

A sack of uncut gems: unlocking the potential for the East Midlands to attract more international tourists

Visitors to London’s Underground are warned to mind the gap – and the tourism industry will get the same advice when former International Tourism Consultant Jim Dixon speaks at the University of Derby on why the capital is leaving the UK’s regions behind when it comes to attracting overseas customers.

This growing gap between London and the rest of country has become such a matter of concern that it is now reflected in new Government tourism strategies, Mr Dixon will say on October 7 as part of the University’s public lecture series at its Buxton Campus. 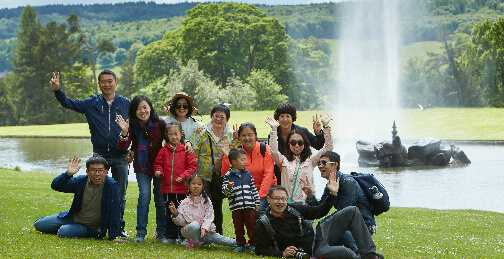 The East Midlands, of which Derbyshire is a part, has some strong tourism destinations and attractions and also many strengths as a destination such as transport links and proximity to London, says Jim Dixon, consultant and writer on tourism and the countryside, and former Chief Executive of the Peak District National Park Authority.

But even though some parts of the region perform well in terms of domestic visitor satisfaction, as a whole, it is poor at attracting inbound overseas visitors – and very poor at generating spend per visitor compared with other comparable regions such as Yorkshire and the North West.

Mr Dixon will outline why a strategic approach is required to focus on the places that have most potential for attracting overseas visitors, to strengthen the region’s awareness and reputation with the travel trade and do so in ways that attract spending tourists.

He said a re-focus away from solely promoting accommodation and themed places to marketing a better blend of accommodation, attractions, bookable activities and retail is required to address the serious financial underperformance of the region.

This free event takes place from 6pm to 8pm at the University’s Buxton Campus in the historic Devonshire Dome.