The University of Derby has announced that Vibez Danceworks Studio based in Long Eaton, Nottingham has successfully won funds from the Community Fund initiative.

Vibez, which has been running for over 10 years, received £300 which will be used to send up to 30 of their pupils to the United Dance Organisation (UDO) World Street Dance Championships in August.

It is one of the largest dance and performing arts schools in Derbyshire and the Midlands, with over 500 pupils. Since 2012, Vibez street dancing teams have entered and qualified for the UDO World Street Dance Championships, even achieving top 10 world status, and hope to replicate their success again this year.

Claire Williamson, who owns Vibez, said of her win: “I’m really grateful to the University of Derby for the £300 cheque, which will help the Vibez dancers travel to Glasgow for the UDO World Street Dance Championships. 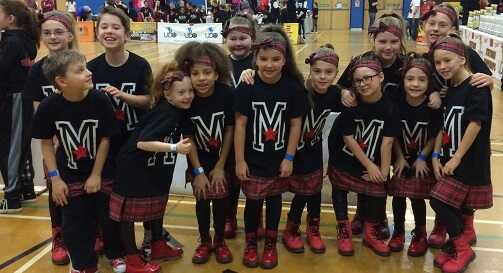 “This is the biggest street dance competition that we enter and the kids work fiercely all year to qualify at regional events across the UK, so it’s a massive thank you to Derby for supporting Vibez and the dancers to fulfil their dreams.”

Rosie Marshalsay, Head of External Relations at the University of Derby, added: “The University is an integral part of the community so we’re thrilled to have been able to help towards the cost of taking the Vibez dancers to the Championships. We think they’re fantastic and wish them the very best of luck for the competition – we’ll be keeping our fingers crossed!”

The Community Fund is just one of the ways in which the University of Derby hopes to give back to local people by handing out grants to inspiring projects that seek to benefit the community in some way.

The next round of funding is already open and closes on April 27, 2015. Winners will be announced in May.