Professor Paul Elliott will deliver a public lecture entitled 'British Public Parks and the First World War: Recovering a Hidden History of the Home Front' on Wednesday May 27.

The lecture will take place at 7pm at the Derby QUAD.

Paul Elliott is a Professor of Modern History in the College of Law, Humanities and Social Sciences at the University of Derby. He has worked extensively on the history of public parks and green spaces, including the Derby Arboretum and Elvaston Castle. He is the author of The Derby Philosophers: Science and Culture in British Urban Society 1700-1850.

Paul will speak about how public reaction to the conflict changed during the war. His lecture will look at less well-known aspects of the history of the First World War, including how public parks were used in support of the war effort and as places of resistance after the Defence of the Realm Act was passed in August 1914. 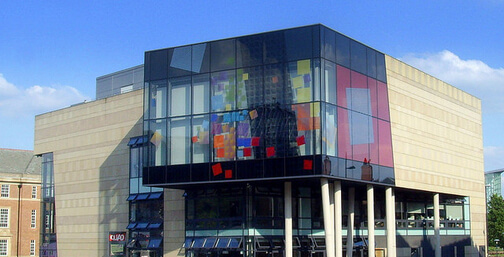 Paul said: "Whilst the impact of the Second World War upon the home front is comparatively well-known, some aspects of the impact of the First World War have received less attention. My talk will look at everything from the recruitment of troops and military exercises in parks to the role of parks in maintaining public morale and memorialising this cataclysmic conflict."

The lecture has been organised by the Centre for Hidden Histories of the First World War as part of an ongoing partnership. Based at the University of Nottingham, the Centre is one of five research centres funded by the Arts and Humanities Research Council to engage with and support communities researching the War and its aftermath. The University of Derby is a partner in the Centre.

Michael Noble, Community Liaison Officer for the Centre, added: “The Centre is interested in events that fall outside of the traditional image of the Western Front including the impact that the war had on life on the home front. Many places, such as parks, were affected by the conflict.

“Professor Elliott’s research is helping to uncover much of this formerly hidden history and we wish him all the best with his lecture.”