Researchers from the University of Derby have discovered similar behaviours found in anxiety disorders underlie picky eating in children, in what is believed to be the first study of its kind.

With increased interest in ensuring children eat five portions of fruits and vegetables per day, senior lecturers in psychology Dr Frances Maratos and Paul Staples have been trying to understand why fresh fruit and vegetables are being replaced by high fat and sugar snacks, meals and drinks.

Dr Maratos teamed up with eating behaviour expert Paul Staples to investigate how children with food neophobia – the rejection of foods on sight – respond to the presentation of unfamiliar foods.

They showed 70 children, aged between 8-11 from a range of Derby schools, pictures of different fruits and vegetables and asked them whether they knew what they were.

The results from the experiment found that both neophobic children and picky eaters spent significantly more time looking at unfamiliar fruit and vegetables rather than familiar foods. 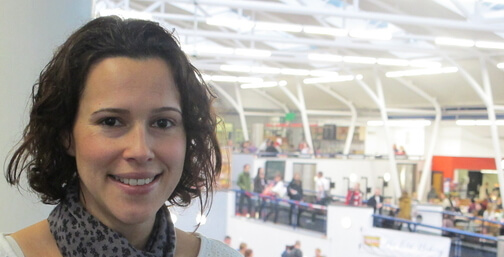 The study, titled ‘Attention biases toward familiar and unfamiliar foods in children: The role of food neophobia’, has now been accepted in to leading international nutrition journal Appetite.

Paul Staples, Senior Lecturer in Psychology at the University, said: “This study is important in that it is one of the first studies to utilise the established research methods typically associated with anxiety and phobias in this context.

“As such, it is among the first to actively investigate how neophobic children process food related stimuli and to position the work alongside similar research in anxiety literature.”

Dr Frances Maratos added: “While more research is needed, our findings demonstrate that something as simple as repeatedly introducing new food stimuli to children may be a first step in helping to tackle fussy eating and childhood neophobia. This research is especially relevant right now given reports of childhood obesity as a ticking time bomb.