The University of Derby is hosting a series of talks from inspirational senior figures, the first of which is with CEO of Derby County Football Club, Sam Rush, on Wednesday 4 March 2015.

The evening will be hosted by Ian Roberts, Head of Derby Business School who will be joined live on stage by Sam to talk about his role and how he became ‘Football CEO of the Year’.

Sam joined Derby County Football Club as their President and Chief Executive in January 2013. He began his career with law firms SJ Berwin and Bird & Bird and prior to joining Derby, he was the President of International Sports Marketing and Management Company the Wasserman Media Group for more than 10 years. 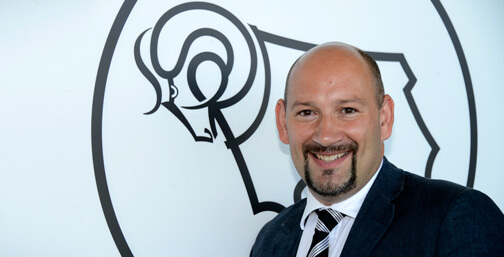 Ian Roberts, Head of Derby Business School at the University of Derby added, “We are privileged that a role model such as Sam is taking the time to share his experiences and insights with those who will follow in his footsteps and become the next generation of inspirational leaders.”

The event will hosted by Derby Business School and will be open for all to attend from 6pm-8.30pm, on Wednesday 4 March 2015, in OL2 lecture theatre at the University’s Kedleston Road site in Derby.