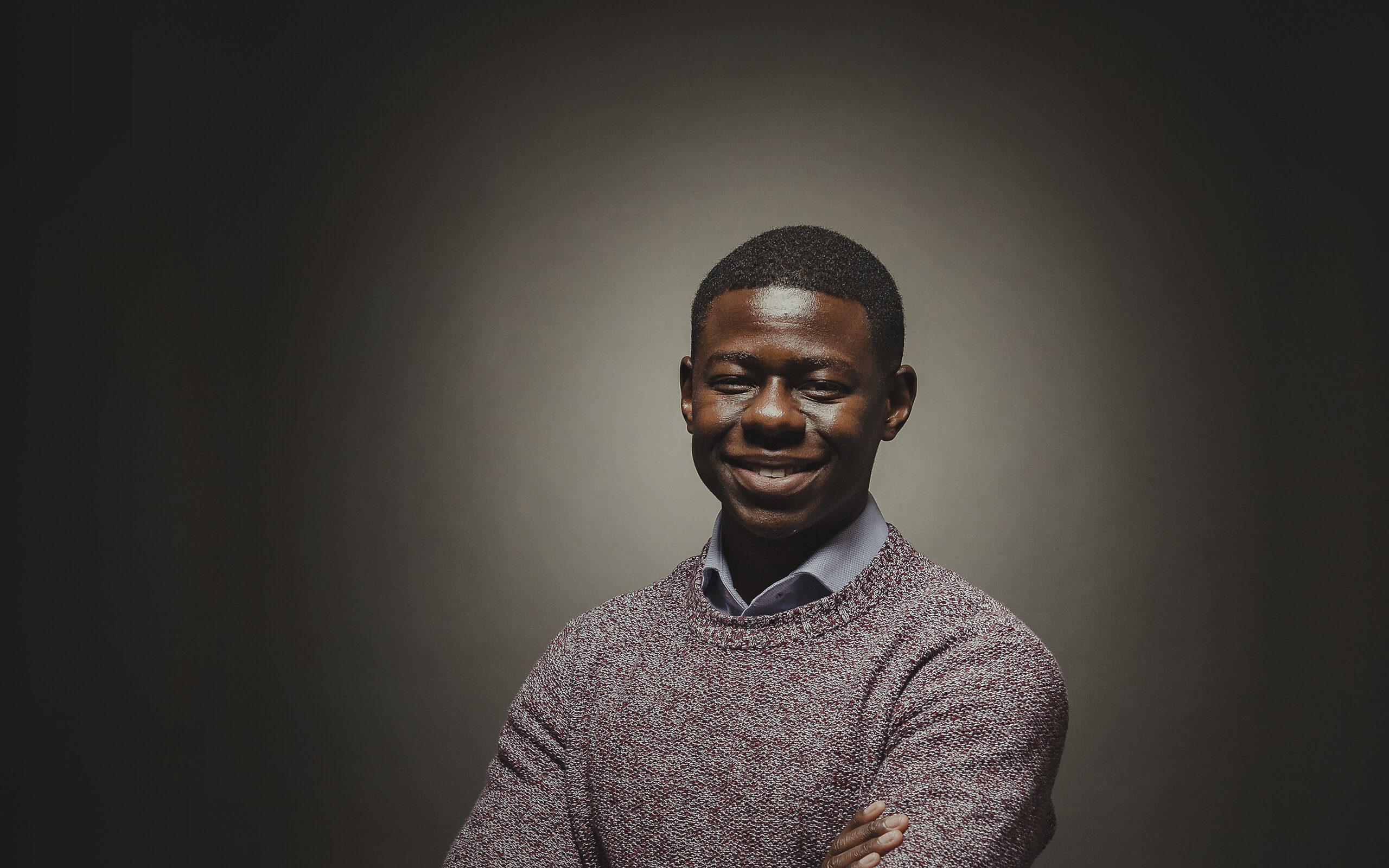 Moving away from home for the first time can be a challenge. That first day at university can be a bit overwhelming. You’re in new surroundings, you don’t know anybody. Now imagine home is 7,000 miles away. Meet Sam Chikowore. He came all the way from Zimbabwe to study at Derby. That’s a long way outside his comfort zone.

“Going back to my room on the first day after my parents had gone and realising I was alone,” he explains, “I felt sad and nervous, and kind of lonely. It’s a weird feeling to have.”

But it was also his best day.

“That’s when Sam came to my door and introduced himself.” Another Sam, one of Sam’s neighbours in halls – they bonded over their shared name. “He was the first person I talked to. He was a great help. He showed me around and helped me feel more settled. Now he’s one of my closest friends”

Looking back now, as a Business Management graduate, Sam would happily relive the emotional rollercoaster of that first day again. “The mix of emotions, the nervousness, the excitement, the thrill of being in an entirely new place with new people,” he said. “It felt like something special, you don’t know what to expect. I was starting my own life as an adult.”

And starting a new learning experience, academically and personally. Sam says: “It was challenging moving away from friends and family but you have to put yourself out there and embrace the experience.”

It didn’t take Sam long to get into the swing of things here in Derby. But it did take a determined effort. “I’ve always been a shy person,” he says, “so I really had to challenge myself to push myself to come out of my comfort zone and start interacting with people.”

And his effort paid off, though he gives some of the credit to our city and its people. He explains: “The people of Derby are very friendly – the hospitality of the local people has been great. Derby is really quite a good place to start off, not too big, not too overwhelming.

“Now, I’m more confident. I’m definitely more outgoing. University is really a place to find yourself, and start over in a sense. I’ve learned that you never know how good you are at something until you try it for the first time. Life in general is all about trial and error.

“When you’re a student, it’s something you don’t realise but it’s drilled into you, quite subtly, take a risk, be bold, go out, explore more and just try to be the best version of yourself. I'm now a completely different human being with a completely different way of thinking, with that independence and that room to grow.

“When I came here, I was challenged to open up my mind to different ways of life, to think and be more accommodating. It's a really big world out there, with a lot of different ways of thinking. I’ve learned that, first of all, you should be yourself but also always be aware enough of the environment that you’re in to accommodate that other people are being themselves as well.”

Sam is not the first Chikowore to study in Derby. His aunt completed a masters here and she recommended us to Sam. “She really enjoyed it here,” he says.

Sam then found out more about us at one of our Meet Us In Your Country events in Zimbabwe. But, he says: “I got most of my information from the University of Derby website. That's how I found out about the course.

“I was ecstatic when I found out I had an offer. My family were really happy for me. Now Derby’s got a place in my heart. I feel like it’s a place that’s given me a chance and like they’ve said ‘we believe in you’.”

And we were so impressed by Sam that we awarded him our Vice-Chancellor's Scholarship, paying his first year of tuition fees. It took him a bit by surprise. "When I got the email, I thought: What? Me? I thought it was a prank at first. I was over the moon. I couldn’t believe it for two days."

Sam also says that, when he first arrived in Derby, our international team were a great help. He says: “They help you integrate into student life, giving you pointers on setting up your bank account, when to go to lectures, providing you with maps etc.

“And I think the biggest plus for fitting in at university was living in halls of residence - because you're all in the same boat where you're all first years, you don't really know what's going on but you're excited at the same time. It's a very vibrant environment. That helped me to quickly make friends.”

Sam's first-year fees were covered by the Vice-Chancellor's Scholarship, one of a range of scholarships, bursaries and discounts we offer to international students. Here, he shares his experience of receiving the award and what it meant to him.

Sam didn’t know how he would cope with his academic work when he first arrived at university. He explains: “When you start and you get introduced to this whole new world of learning and deadlines, ways of handing in work, you just think ‘Oh wow, we’re going to fail at this’ but it’s surprising how much you adapt and get in tune with the system.”

Sam credits his tutors in helping him to adapt to the pressures. In fact, he was surprised at how relaxed it was. “It’s not really intense or in your face, it just sort of flows,” he says. “When you think of university, you think of constant pressure and deadlines, but it was more manageable than I expected it to be.

“You get support from your personal tutors, who are pushing you to help you achieve but who also appreciate that you are under pressure. Communication from lecturers is clear and easy to access.”

And the support from his friends, flatmates, coursemates has been just as valuable, including being able to call them up when he had a problem he couldn’t solve, even at four in the morning.

Sam is from a mining background and his vision for the future when he first came to Derby was to return to Zimbabwe and work in the mining industry. That is still part of his thinking but it has been joined on an ever-increasing list of possibilities that includes cattle ranching and wine making.

He explains: “I know the routes that I want to take but I’ve been exposed to many other routes as well that have really interested me throughout my time at university.”

During his time at Derby, he has been a university marketing rep, worked in our international recruitment department and as a residential assistant in halls, and taken part in our Be The Boss enterprise support programme, with Sam challenging his entrepreneurial spirit.

And he has stayed in Derby after graduating and joined our apprenticeship team, working with students and employers. Through his various roles, he has developed a passion for helping people.

"I enjoy playing an integral part of trying to find a solution for them,” he says. “Making sure they’re able to achieve the best they can. So now my plans are continuously evolving, I'm starting to think about impacts I can make back home in a small way and help with development there. Maybe when I’m more experienced and I’ve seen more of what the world has to offer.” 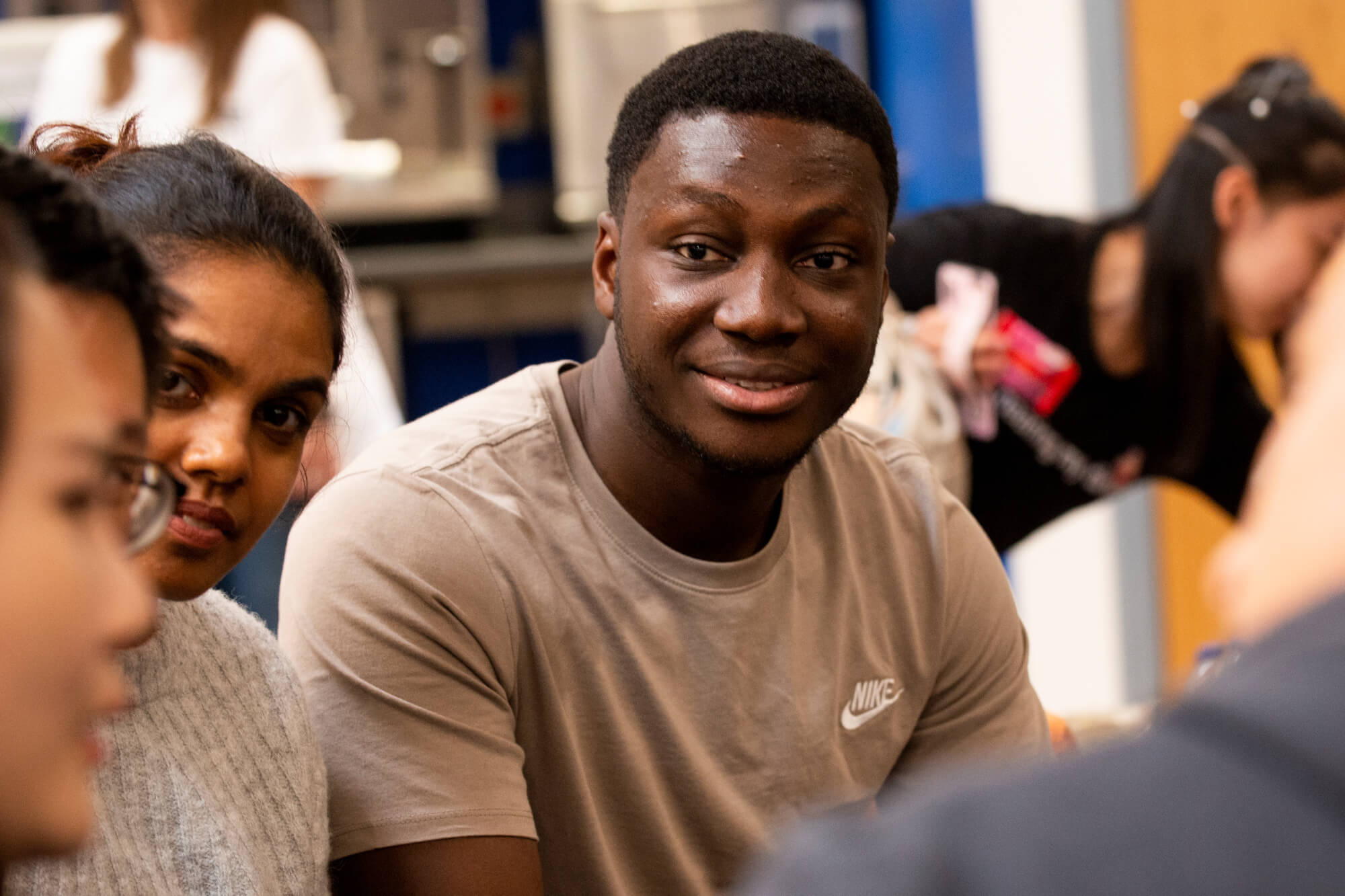 More information for students from Africa

Find out more about entry requirements, scholarships and fees, and what it's like to live and study in Derby. 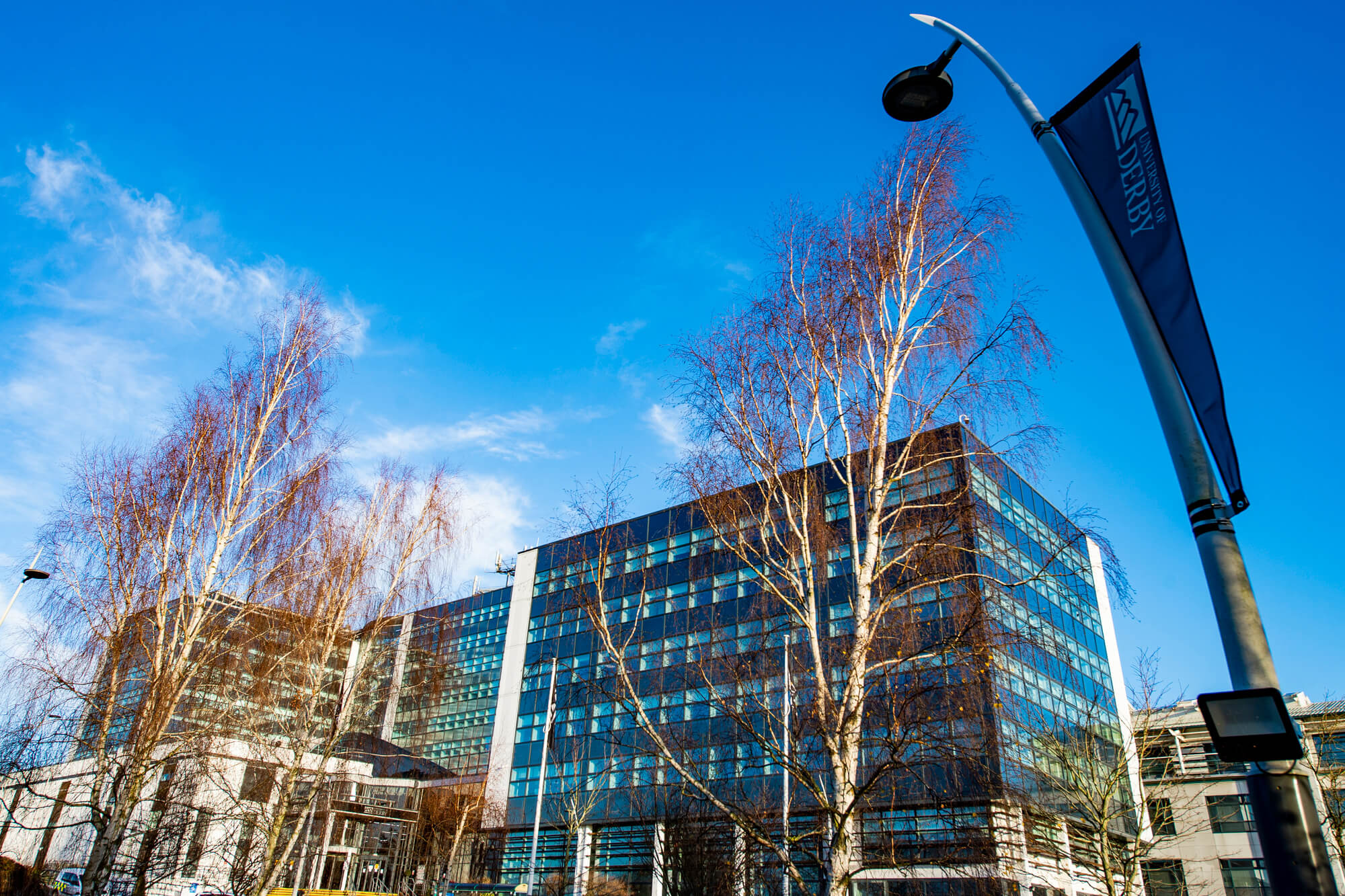 We understand that joining us from outside the UK affects what you need to know about studying with us, so here are all the digital ways you can find out more about our University.