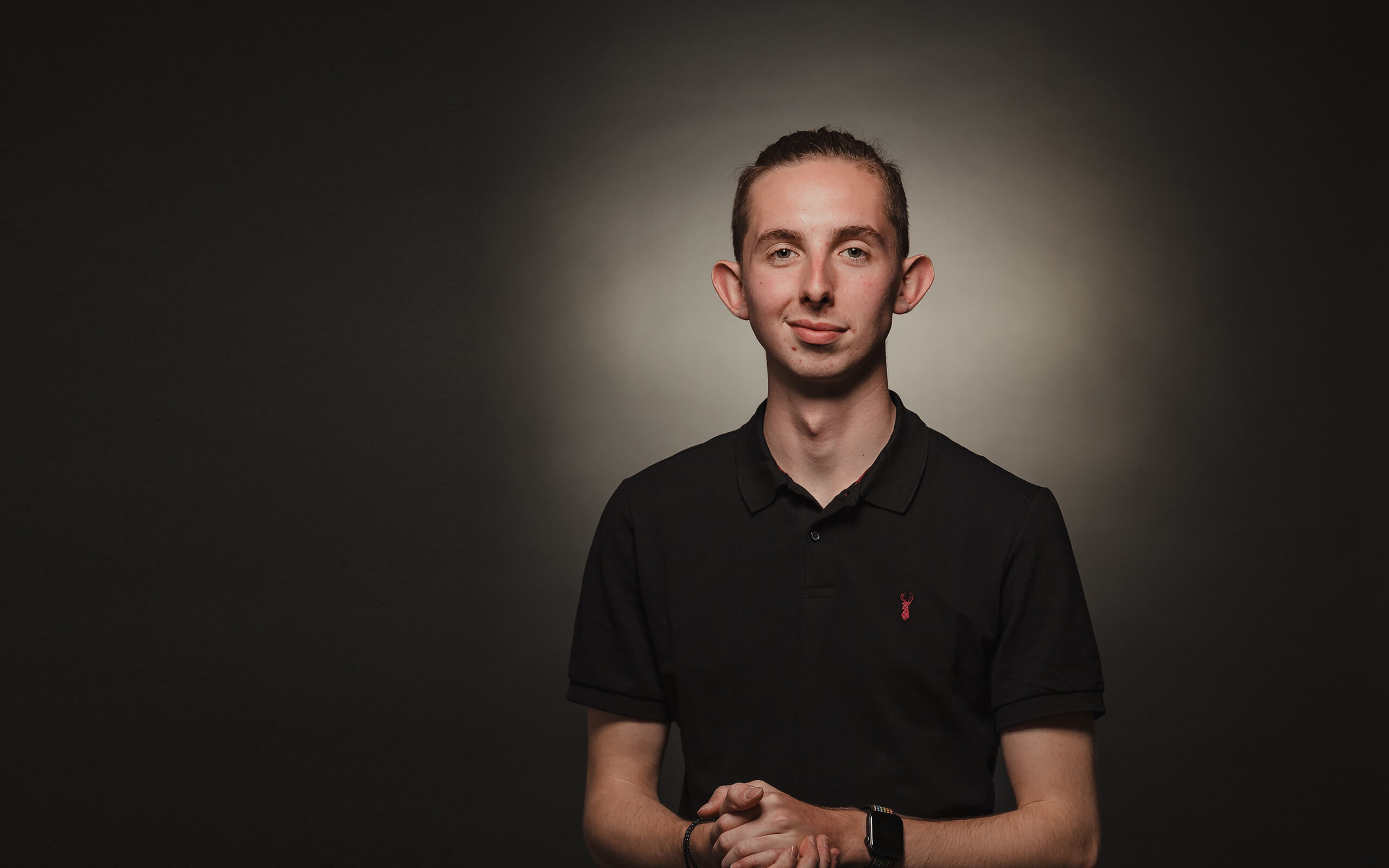 Dan Jellicoe is thriving through all the connections he is making. He’s recently spent the weekend at Brands Hatch racing circuit working on a live stream for an outside broadcast company. And he’s done so much more.

Learning in the real world

“In our first year, I came straight in and we were able to go and work up at the National Tramway Museum at Crich on their Starlight event. We were just thrown in at the deep end basically. We were two months into University and they said: ‘We need some staff. Can you come and help set up some lighting for us?’ So that was fantastic to get straight in and do that.”

His most recent work has been with outside broadcast specialist Cloudbass, an opportunity that came through his course leader. And he’s working on various events within the University, such as the Christmas Carol Concert in the Atrium, as part of his course.

“And we've spoken to so many different companies throughout the time we've been in,” he explains. “Every week or every couple of weeks over the last year we've had a guest lecturer in from a different company or from a different background of the live events industry. And we can go and talk to them and see if they've got any work for us. It's fantastic really. That's a great way of being in the door already in terms of getting a job straight out of university.”

Dan’s favourite job so far has been presenting at our Open Days. He says: “I did a bit of presenting before University and then I was really pushing for it throughout University. I was like: ‘Oh yeah, any opportunities, get me on stage, why not, I'll have a go at it.’ And it's something that I think I can do quite well. I really enjoy it. The Open Day was by far the biggest thing I've done, the most important thing.”

Dan began working behind the scenes on live events, such as music concerts, when he was still at school. “I can’t play an instrument,” he admits. “And I thought I still want to be involved on the technical side of things. I was like, yeah, I can do this.”

Now, as well as helping put together live events, and presenting at our Open Days, Dan also presents the SLLET Show on Phantom Radio, our Students’ Union radio station. It’s a course radio show – SLLET stands for Sound, Light and Live Event Technology. Dan says: “It's two hours of us just chatting to each week and playing some music that we enjoy. And that is good fun.”

And that’s another step on Dan’s journey towards what he really wants to do. “My passion when I was coming to University was very much the live events industry but, as I've gone through, I'm more interested and more passionate about live broadcasting and TV presenting and how TV works. I equally enjoy being behind the scenes running the show as much as being in front of the cameras. But, if I had a real passion of what I actually want to go and do, it will be to end up in front of the camera.”

With the pandemic came lockdown. And with lockdown came an end to in-person live events. But that didn’t mean the end of everything. Dan explains: "We didn't obviously do very many events for a while but, when things started to come back, we pivoted into live streams and live broadcasts streamed on YouTube.

“Everything was quite a big change for us but it was very interesting and it's certainly the way the world has ended up going. To be able to have a course that just seamlessly swapped and went, OK, we're going to teach you this now because that's what's current, that was really helpful.

“I think it definitely helps my job prospects for when I leave University to have done so much work on live streams and the best ways of doing it. It definitely gives us an edge.”

Dan came to two Open Days at Derby. All the way from Crawley in West Sussex. TWO Open Days. The first helped him to decide to come here. “We went up to Kedleston Road and I was like, this is an impressive space," he says. "It was very welcoming and the amount of students that were around just to talk to and ask questions to was fantastic.

"And then we went down to Markeaton Street and to be able to see our auditorium, and they'd put out all of the toys, and to hear about the experiences that the course can offer from our course leader was fantastic." 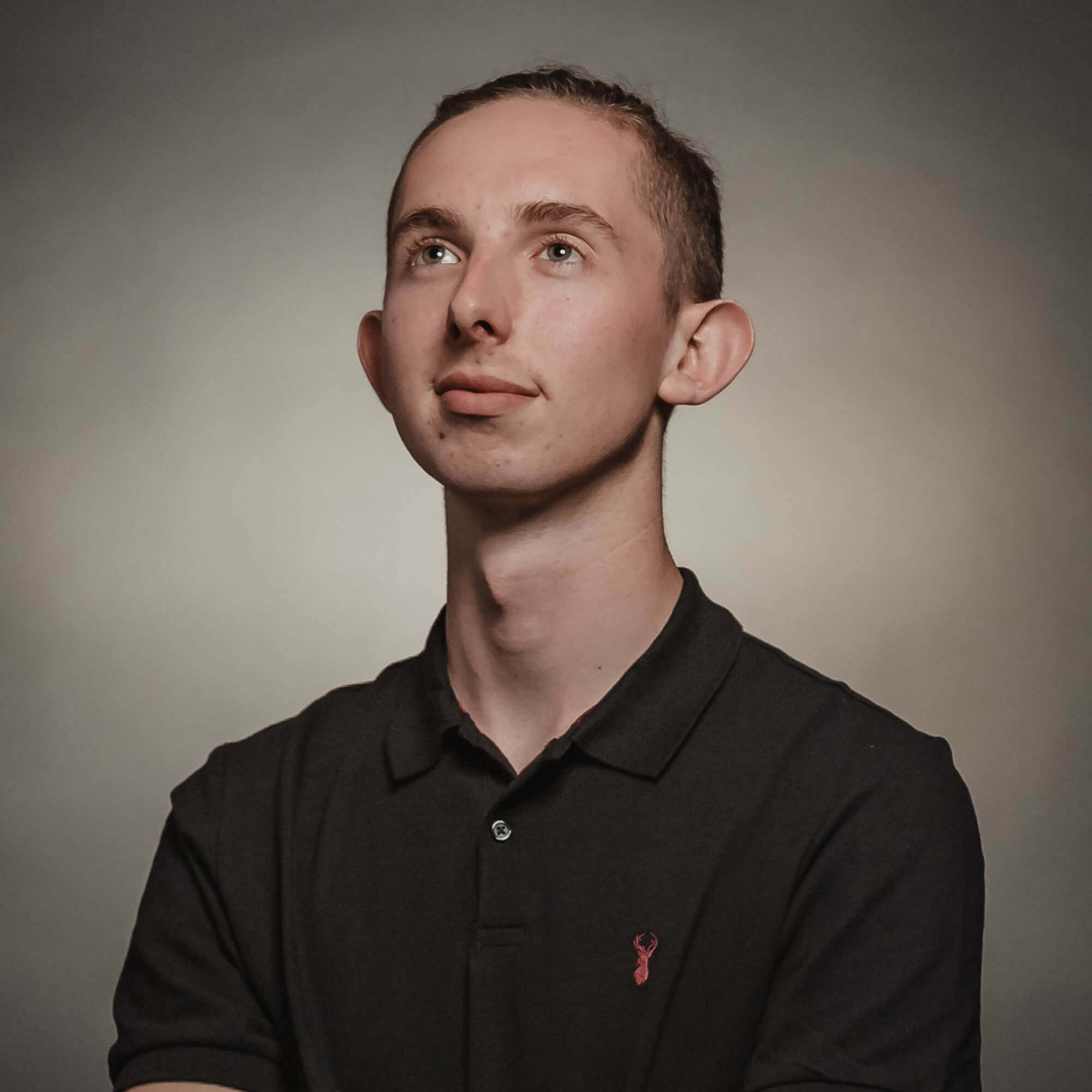 That first Open Day definitely sold it to me. We came up on the train and we walked straight through the city. And that was a good start for me. I was like, oh yeah, this is nice, I can do this.

"But it was going to student accommodation," he adds, "and walking around the halls and going, oh yeah, I could properly see myself living here. And it was being able to go, actually, in a year's time, I could be walking around here and be learning here and studying here."

And the second Open Day? “I'd already made my choice on UCAS,” he says. “And I was like, I'll go and have another look anyway. Just because I can go and have a nosey around. And it was great.

"And that brings me full circle back around to presenting on the Open Days now. It allows me to be able to give people that opportunity to see themselves here and hear about the experiences so that they're able to think, yeah, actually Derby’s the one that I want to go to.”

Dan’s initial aim was to get a graduate job within the live event industry - and he's done just that. He's starting work as a Production Technician at ON Event Production Co based in Castle Donington.

Dan explains: "I’d already got some good contacts that have come through the university, through my course. And I'd spent some time with some of the companies. Then I met ON Events through the Open Days - they were doing the tech for them. They asked if I wanted to go down to see them and talk about any roles coming up at the company. The idea is to start as a Production Technician and then I see what opportunities come up along the way.”

He also has another path picked out. There would be some presenting involved. “I think, down the line, becoming a teacher is the end goal,” he says. “Secondary school, possibly electronics, which is quite good fun. One of my friends on my course is going straight into being a physics teacher. I'd rather like to follow suit. But something in live events first.”