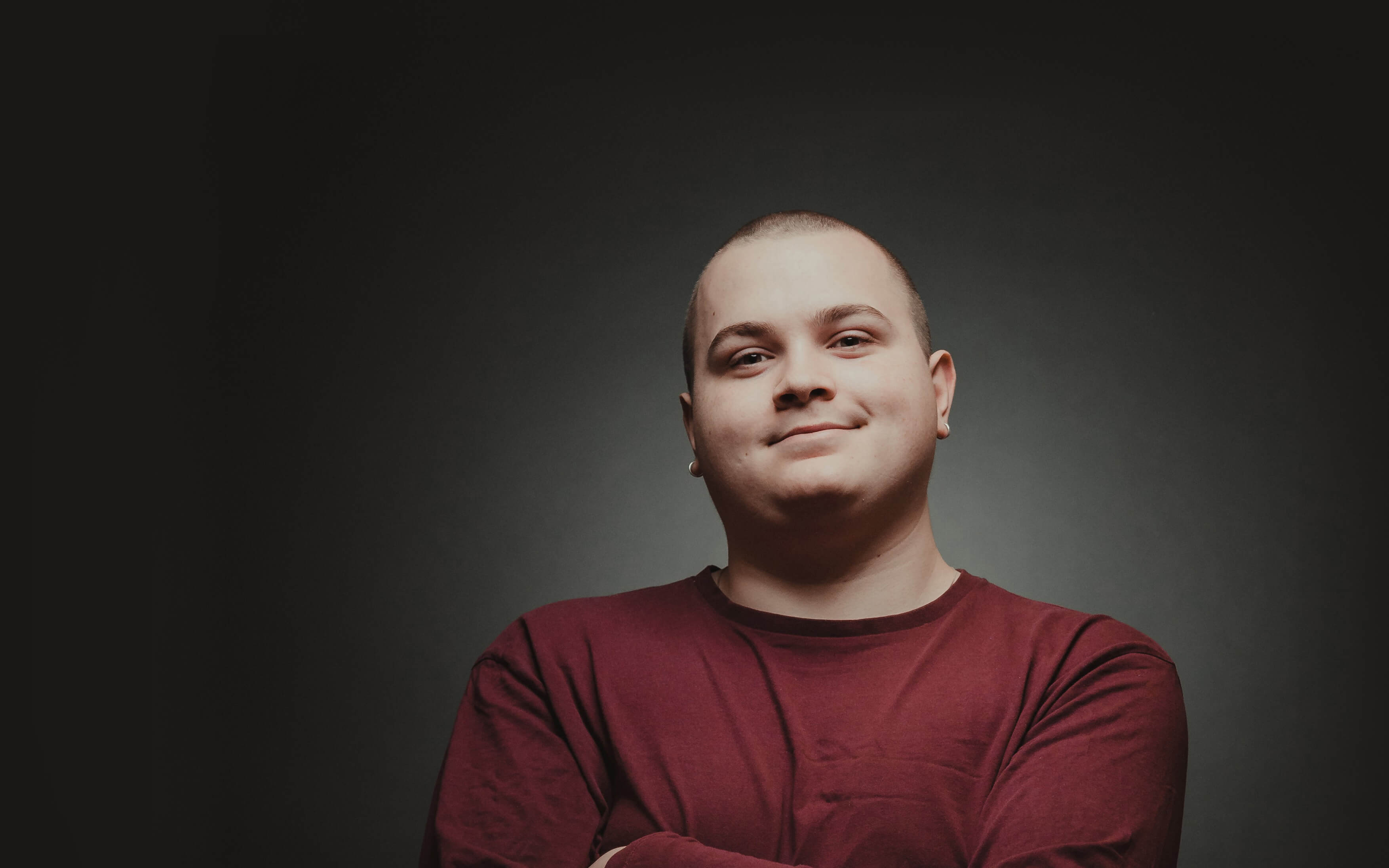 Oscar Quick is an artist, a creator, a musician, a songwriter, a journalist. He has a great group of friends and they play music together inside and outside of University. He has become the person he was always meant to be. But it has not been an easy journey.

Oscar lived with undiagnosed autism throughout his school career. He explains: “I’m someone who has dropped out of pretty much all education. I got GCSEs only by going through seven different schools, and fighting for them every step of the way. And that was horrible and I hated school and I hated college.

“But when I found that I love university and I found that I had the freedom to make my own decisions, that it was down to me and not down to, you know, playground antics, it was people being adult and professional, working together.

“And I found I had the epiphany of I actually like who I am and I'm proud of what I've accomplished and I'm a good person. And that is something I never really had before and that has all been thanks to my experience at university.”

And he has found a self-confidence he had never known. “That has to be my biggest achievement,” he says. “I went from being awkward and shy to being confident and proud of myself and what I've done and what I've accomplished.

“After years of thinking I was a weirdo nobody failure, I have finally become the person I was always meant to be. Looking back, everything I've achieved since I've been at university is entirely thanks to the support of the staff and the wellbeing team and my friends and my family. And I found a self-worth that I'd never had before and I knew, from the second I had that, I would get this degree.”

Oscar is now starting the final year of his BA (Hons) Popular Music. He sees simply getting to that point as a victory over his demons. “I would be lying if I said there were points where I have not struggled,” he says. “The first year was me finding things out. I spent the first few months not really fitting in. I was panicking a lot.”

But he was able to access support from Student Wellbeing. He explains: “Wellbeing has been so critical, especially during the pandemic. It’s been so important to have someone to speak to. With the autism support, they’ve been excellent for me." 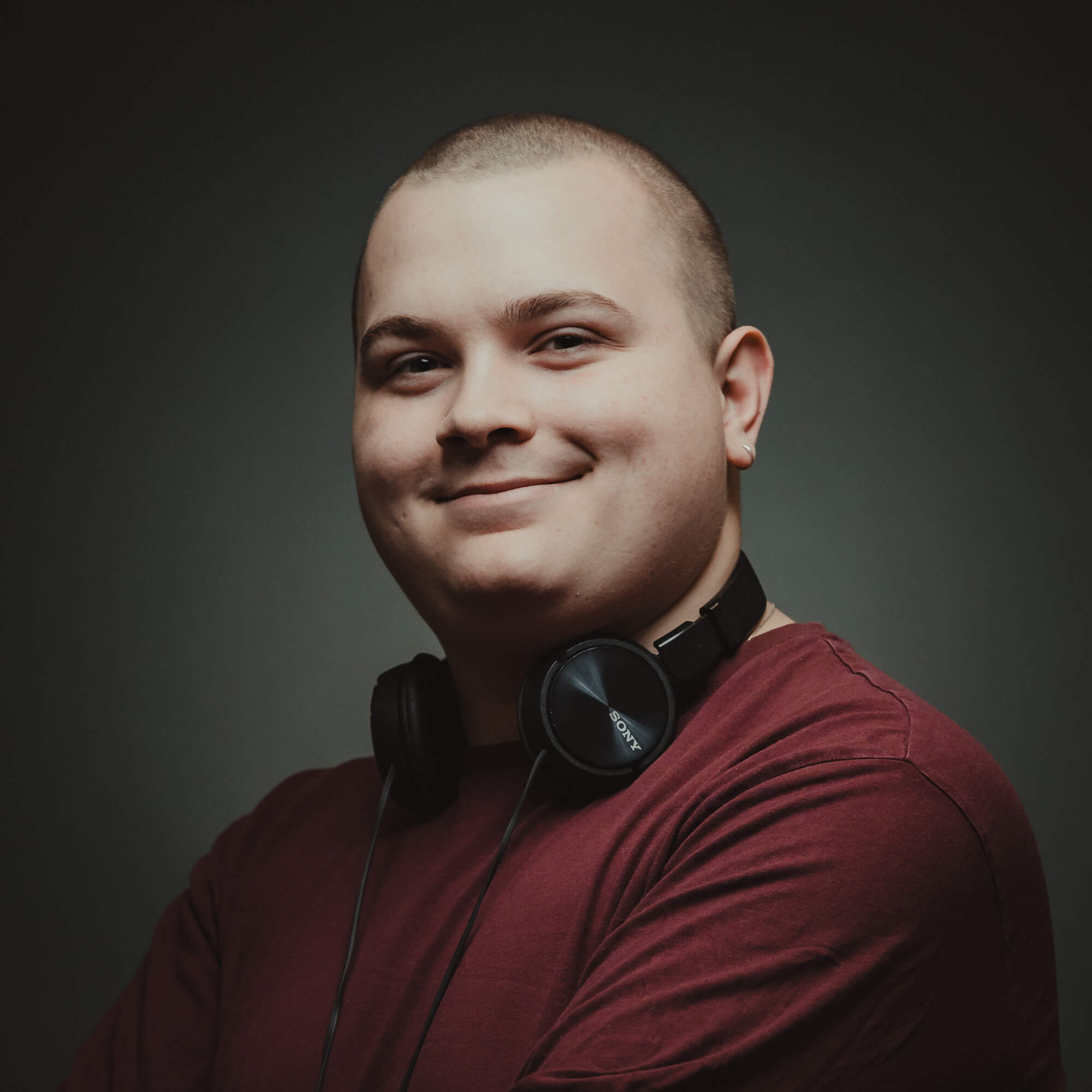 I’ve got a Student Wellbeing mentor who speaks to me every week, who keeps a check on everything I’m doing. She’s brilliant. I’ve had all the support you could possibly imagine. I’ve got extra time in exams, and extra support if I need it.

Oscar has also found support on his course, from his lecturers and from fellow students. He says: “The lecturers are always happy to sit me down whenever I am having a good panic, wait for me to finish rambling and then constructively and calmly show me that really everything is OK. They have been nothing but supportive.

“And I made a good group of friends at uni. It took a few months for me to get there. And it’s the first big group of mates that I’ve ever really had. And that revelation was so shocking to me, as someone who had never really had friends.

“That one change has been brilliant. It makes you feel like you deserve to be there. Everyone deserves to experience university because it is so important, it’s a life-changing experience for so many people.”

Playing music in a pandemic

Oscar has been playing music since he first picked up a bass guitar at the age of 15. However, live performances have been few and far between during the pandemic.

So Oscar has been busy writing and recording songs, on his own and also with his friends, known collectively as RATBAG (Reggie And The Boys And Girls). And posting the results online. He’s also been developing his blog, Needs More Cowbell. But there have been live performance opportunities.

Oscar explains: “The best thing that happened during lockdown was that RATBAG were able to do a small gig at Derby Theatre to just a few people. And I live-streamed it on my Facebook page. Everyone loved it. It got hundreds of views. And that was such a great experience.”

A visit to an Open Day made Oscar realise the University could be a stepping stone towards his dreams. He explains: “I think the first thing that really grabbed me was when I walked into the recording studio for the first time and there was a giant mixing desk. That was a very joyous moment. I was like, yes! All this cool stuff, all this cool equipment. And I really enjoyed that. And I just went, right, I’m going to sign up for uni.”

He wasn’t confident of being offered a place, with only a handful of GCSEs to his name. “I thought I would be rejected,” he says. “But, when I sat down with my course leader for the first time, I explained to him how much music meant to me, and how hard I was willing to work to get where I was supposed to, and that convinced him. This was the first step into my future.

“I remember in the first year, sitting in the studio, on the sofa, thinking: this is where I want to be for the rest of my life. This is exactly where I need to be, in a studio, recording, making music, making art. And making myself heard.”

First things first: finishing his degree. Oscar worked hard in his second year, Covid or not, and got good grades. He says: “I’ve been waiting for my third year to start. I want to hit the ground running. Absolutely nail every moment I have.”

Live performances are returning. Oscar played a solo gig at Dubrek Studios in Derby recently and another at Rough Trade in Nottingham.

And Needs More Cowbell has expanded into a small record label, it’s a YouTube channel, it’s about to become a fanzine. Oscar says: “I am starting to make a name for myself in the industry. I have no doubt I will be able to forge a career from this. It’s still early stages but the ball is starting to roll.”