Despite having good A-level grades and a strong extra-curricular record, Sam's self-doubt almost stopped him applying for a scholarship. With a little courage and a lot of hope, Sam submitted his application and achieved something he never thought possible.

Anxiety-ridden, constant self-guessing and nerve-racking. All these phrases remind me of how I felt when I applied to the University of Derby scholarship.

Applying to university through a scholarship route was a paramount step in my life. It was a litmus test of my self-courage - the ability to give something a shot when it seemed almost unattainable. The Vice-Chancellor's scholarship was largely a financial incentive that guaranteed a year's tuition waiver, which was a considerable load taken off my family's shoulders. However, it surpassed the financial aspect. For me, it illustrated a reassurance that hard work indeed pays off. I worked hard to get a good set of A-level results that I hoped would help me as I searched for academic scholarships as I began my higher education journey. Here is my experience of taking a leap of faith and beginning my adventures.

Choosing a university... and a scholarship

This was it. I had made my decision on where to attend university, and I had picked the University of Derby. It was one of the only universities that offered the subject options that I wanted, my choice being the unusual combination of Business Management and Geology, through their Joint Honours scheme. I held an unconditional offer to study there too. As I was browsing through Derby's website, something caught my attention when I was checking out the International webpages. It seemed as if it was written in golden letters, as it outshone the other black text surrounding it. It read "Scholarships and discounts for International Students". I knew I had to apply. The University of Derby had various academic scholarships on offer, but there was one that really sparked my interest, the "Vice-Chancellor's Scholarship". Only one international undergraduate student is offered this scholarship - I thought there was no way I would get it.

Why I applied for the scholarship

The negative voices in my head bombarded me as I decided whether I should apply for this scholarship. I figured even though my chances of getting it may be similar to a drop in the ocean, by some slim chance I might be able to get it. Even then, I wasn't sure of myself, I was merely applying so that one day I wouldn't look back on my life and think "what if I had applied for that scholarship, and I had received it?" A quote I remembered that I had once read reinforced my decision to apply, "you miss 100% of the shots you don't take." After that, it was a no brainer. Having mustered up the courage and fuelling my hope, I applied.

The online application was quick, simple and straightforward. I had to enter my personal details, prospective course and other information that the University required to authenticate my application to study. Then came the part of filling in my personal statement - why I thought I was the candidate that deserved the University of Derby scholarship. I had to sell myself - that's it, that's where it goes south, I thought to myself. Sure, I had good results at A-level and a relatively strong extra-curricular record as I had completed a wide variety of cultural activities at school such as debate, drama club and being part of the school choir. However, I actually had to sell myself to an academic institution, sharing why they should believe in me and why I deserve such a prestigious opportunity.

I sat down, gathered all my thoughts and achievements, formatted them into a personal statement and sold them as well as I could.

The time came for me to send through my scholarship application to the University. I don't know how many times I had read it over and changed it, had others critique it and re-read it again, but I had to tell myself it was now or never. I had to be brave. I sent it. The intrusive thoughts were almost immediate, "Do you honestly think you'll get it?", "There are hundreds of other people applying, what makes you think you'll get it?" The most ludicrous thing was the University of Derby was the only university I had applied to, which made the situation even more tense - however, I just had the undying belief that I was going to be at the University of Derby come September. Some would term it stupidity, but I like to call it faith. I sent off my application in mid-June and the University would respond around early-mid August letting me know if I had been successful.

That period was one of the most restless points in my life, it was a time of constant checking of emails to see if the University had been in touch, and every time there wasn't a response, the doubt began to set in. Then, on 3 September 2018, I received an email from the International Admissions team stating that I had received the Vice Chancellor's Scholarship. I could not believe my eyes; I had been awarded the Vice-Chancellors Scholarship! I honestly thought it was a prank at first; crazy thoughts come to you in moments of shock. I promptly responded to the University confirming that I accepted the scholarship and that I was honoured and excited to be a recipient. This was a major boost for me. It reaffirmed confidence in myself to know that sometimes in life others will believe in you even when you doubt yourself - you never know the outcome of something unless you try it. I was informed that the scholarship was awarded based on merit and was a highly competitive forum - I was proud of myself.

I enrolled at the University of Derby on 24 September 2018 and my first day was definitely memorable. Just being at uni was a major step in my life, and meeting Vice-Chancellor Professor Kathryn Mitchell, Joy Lewis from the International Student Centre and Jo Newman from the Marketing Department, who all gave me the warmest of welcomes. That was the moment it all became real, when the dream I had prayed and hoped for suddenly turned into reality.

As I look back on my scholarship journey and my path to studying at Derby, I learned how to trust God, to hope and to maintain faith in a goal that doesn't always seem achievable in the moment. I learned it's important to believe in your abilities and to be confident in your achievements. Lastly, just give everything a shot; you never know the outcome unless you try.

I sincerely appreciate the University of Derby for giving me the opportunity to study at university through a scholarship route, and for my family for believing in me and supporting me during that period. Last, but certainly not least, the International Student Centre for being supportive and helping international students during their full transition into university. 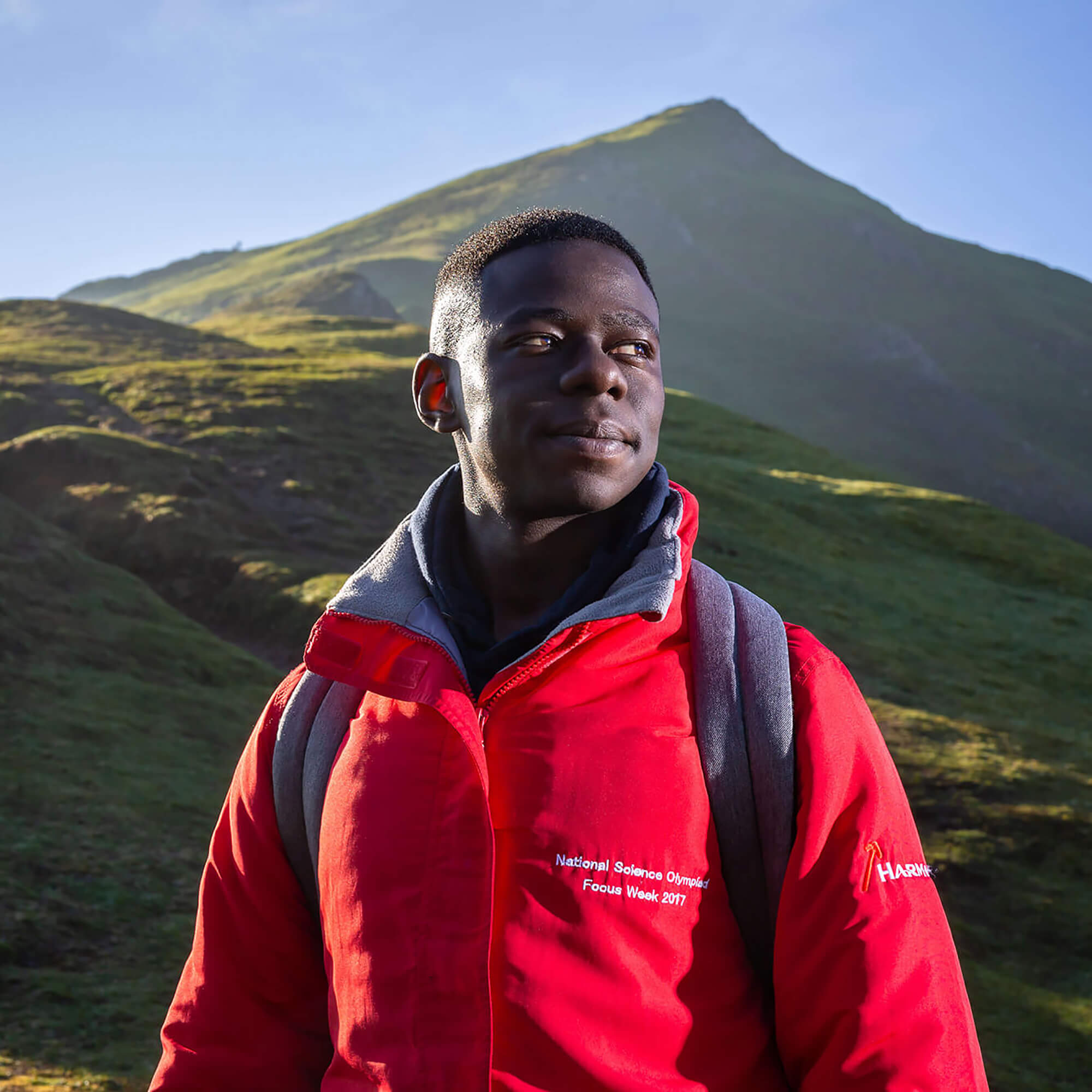