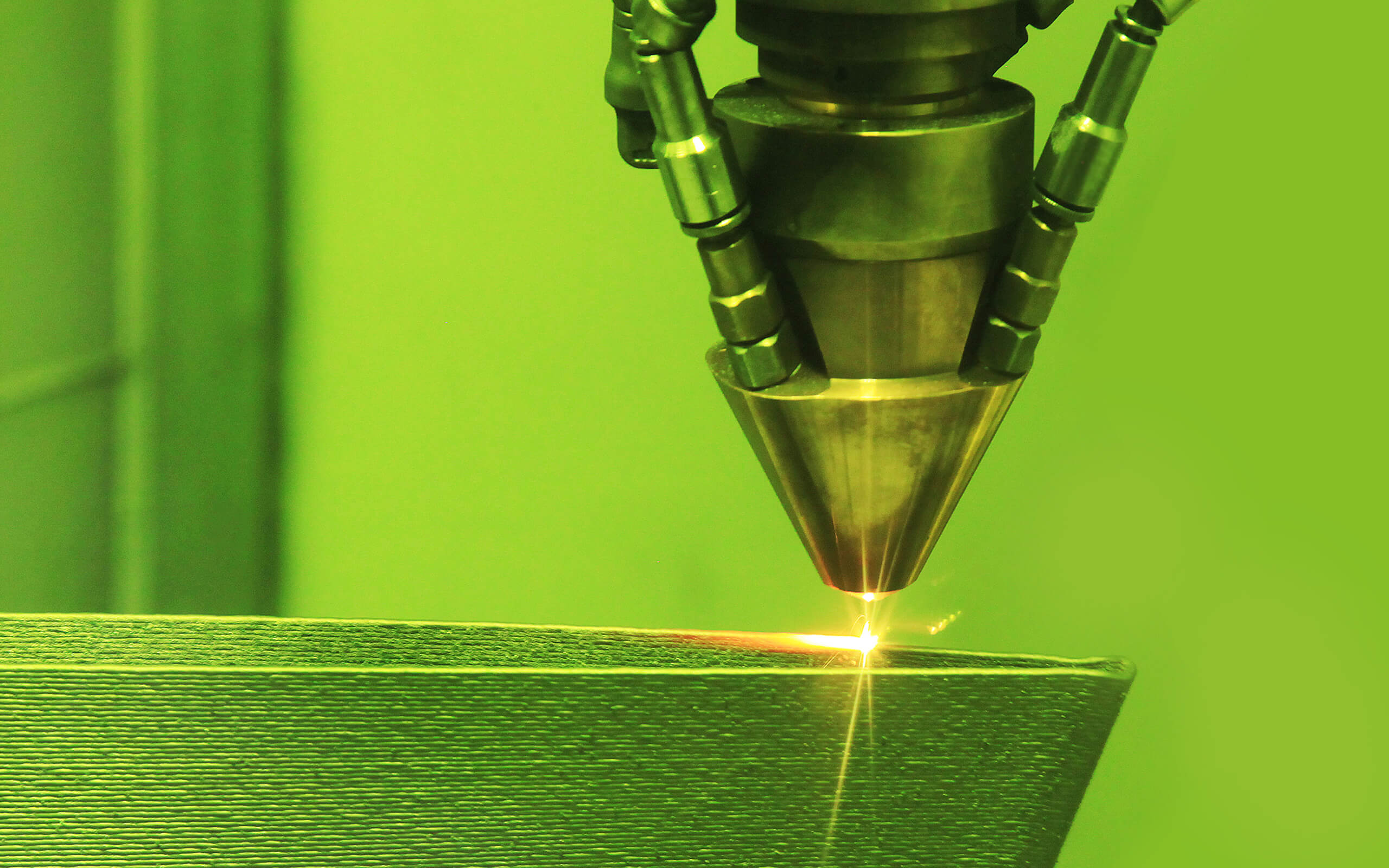 University of Derby research has delivered metal 3D printing solutions for a range of industrial applications, helping businesses to improve their efficiency and productivity.

Major research projects undertaken by the University of Derby have showcased the potential of metal 3D printing (3DP) to revolutionise manufacturing processes and deliver a competitive advantage to business.

Research partnerships with the University’s Institute for Innovation in Sustainable Engineering (IISE), have led to engineering, rail and utility companies developing 3DP applications that reduce the time, expense and environmental waste involved in maintenance operations and the development of new products.

In a project which is the first of its kind for the utilities sector, researchers from the IISE applied a metal 3DP workflow to remanufacture obsolete parts for the ageing infrastructure of the UK’s gas transmission grid. Unexpected failures in the 12,000 km of gas pipeline can cause outages but traditional fabrication methods used to replace asset parts involve huge costs.

The team worked with engineering consultancy Premtech Ltd and the National Grid to develop 3DP as an on-demand solution which is fit for purpose and right first time for this highly regulated industry. They harnessed latest digital-based manufacturing methods to cover all stages of the process – from design specification to quality assurance – and demonstrated its success in addressing incidents such as the failure of large pressure pipe fittings in a compressor station.

The 3DP staged workflow, together with an instructive dashboard-based decision tool, has now been embedded in practices at Premtech and the National Grid to ensure reliable business-as-usual operations.

The research has proved that metal 3DP is equally effective in fabricating complex aircraft engine components in a superalloy to improve new engine development programmes. Traditionally, the cost and time involved in manufacturing one-off engine test rigs – via methods such as precision CNC machining from solid stock – means that firms have very limited opportunities to appraise new engine designs.

Working with suppliers of prototype engine test rigs, the IISE team developed and demonstrated alternative approaches which reduce the risks and uncertainties associated with research and development in companies. In one example, they used 3DP to manufacture a complex compressor component: a process that would normally take up to ten weeks of machine time at a cost of up to £40,000. The research team’s 3DP method resulted in cost and time savings of more than 50%.

The environmental benefits are compelling too: the research showed that the metal powder stock used in 3DP generates just 5% of CO2 emissions and a waste stream of less than 10% in comparison with that produced from solid stock.

The team’s advances in 3DP have been shared widely to fill skills gaps. Over 50 SMEs from across the East Midlands have taken part in IISE workshops, with surveys indicating that around half of the participants had been able to progress new technologies, products and services towards market as a result. Some of the firms involved in the 3DP projects have since been able to create new jobs.
IISE also is the only UK participant in a Europe-wide forum originally initiated by Siemens Rail to explore the potential of 3DP in replacing ageing rolling stock.

As interest in the capability of 3DP has spread into sectors beyond engineering, such as healthcare, the IISE’s expertise has provided invaluable insights for firms which are now integrating this rapidly evolving technology into their business. 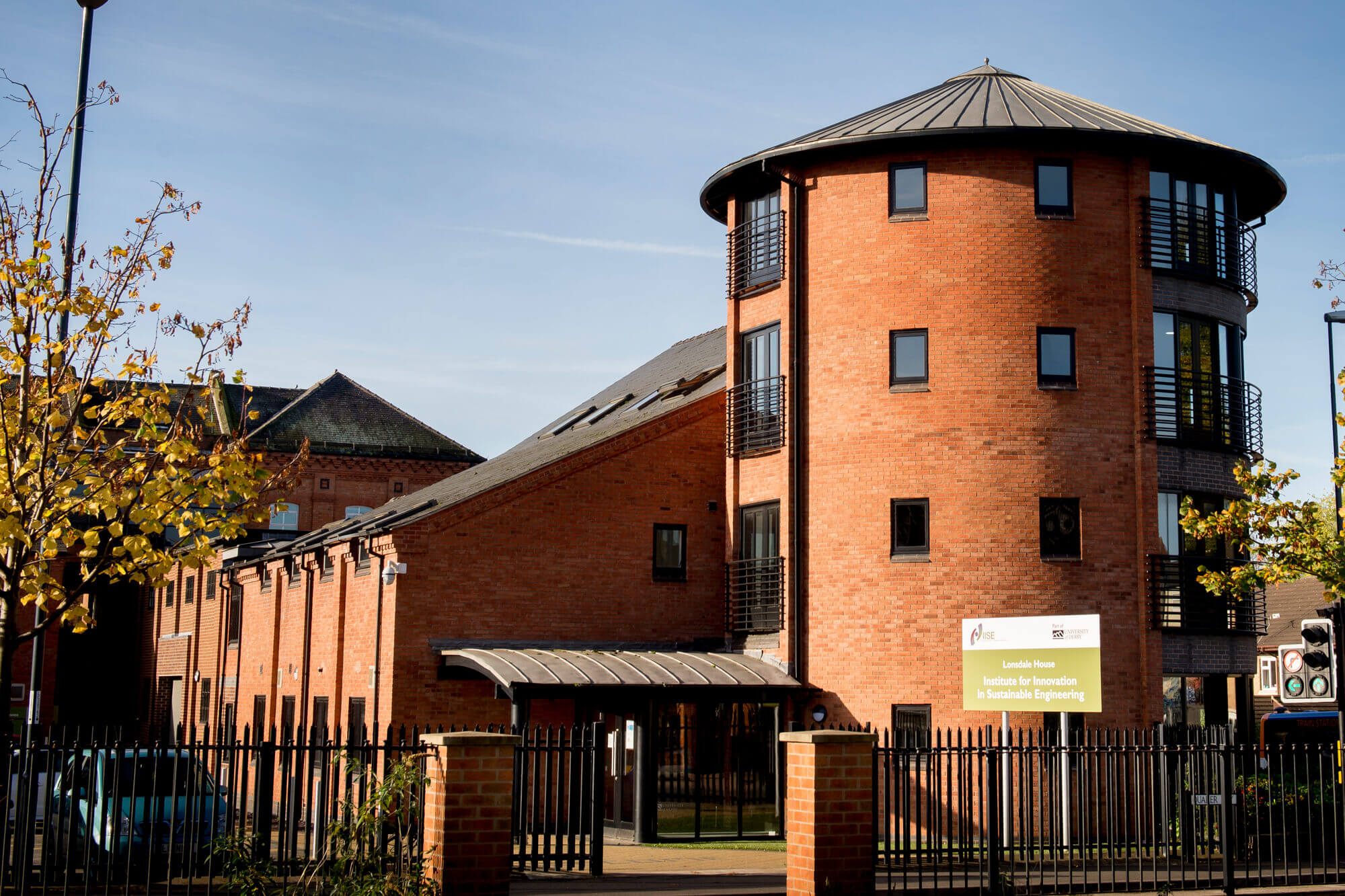 Institute for Innovation in Sustainable Engineering

The Institute focuses on sustainable engineering solutions across various business sectors. We aim to stimulate regional innovation in design, manufacturing, product lifecycle management and the application of new and smart materials.