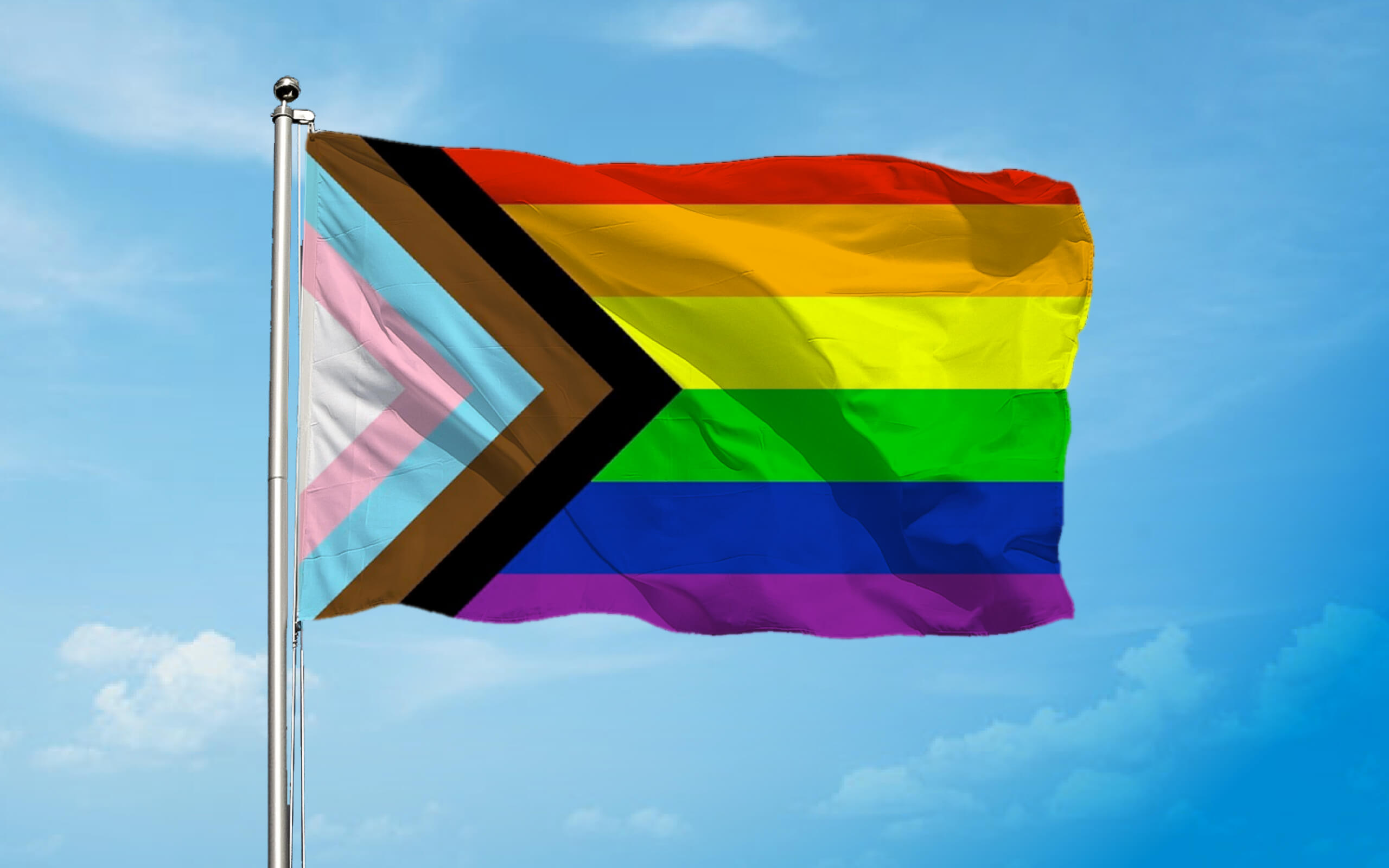 University of
Pride not Prejudice

Following on from LGBT+ History Month in February, June's Pride month seeks to raise the visibility of people from LGBT+ communities and also offer an opportunity for Allies to openly show their support and solidarity.

Welcome to the University of Pride not Prejudice ONLINE Celebration!

Pride events are held all over the world, mostly in cities and larger towns. They mark the anniversary of the Stonewall riots in Greenwich Village, New York, in June 1969 where black, trans women led an uprising which made a stand against the violence and discrimination that was thrown at LGBT+ people by the police on a daily basis.

Today, Pride brings together people who represent many different identities and cultures. The events are a huge celebration of diversity as well as acknowledgment of the hard won freedoms of the LGBT+ communities around the world; however they are also a reminder of how much more still needs to change.

Last year the University sponsored three Pride events - Chesterfield, Derby and Belper. This year because gatherings and social distancing are not compatible, many Pride events have gone online - and so has the University’s commitment to Pride.

Fortunately in the UK we have laws that respect and protect each person’s freedom. In a world where being LGBT+ is still illegal in over 70 countries, 7 of which still carry the death sentence, having a Pride not Prejudice celebration online not only says we celebrate the person you know you really are, but it also says we value you, respect your hard won freedoms and there is a place for you at the University of Derby.

Flags are important to members of underrepresented communities, as they give visibility and show identity in a bold and brilliant way. Our partners Pride in Belper provide a history of some of the more popular LGBT+ flags that you may see in the community or around the University of Derby.

We are not superheroes, but as educators and enablers we understand that as a University we are on the forefront of influence and, consequently, we all have a responsibility to stand as role models and allies for transformation and inclusion. We are all capable of making positive change happen - no matter how small.

The following video was made by staff, students and one of our partnership agencies, Derbyshire LGBT+, as a stand against homophobia, biphobia and transphobia. Because at the University of Derby, we take PRIDE in all our students and staff and celebrate who they are.

We challenge PREJUDICE and seek to create a diverse, inclusive and safe place for everyone to learn and work because it takes courage to be the person you know you really are.

Allies are an important part of the University’s inclusion strategy. Any students or member of staff can become an ally at the University.

Allies are the people who shine a light on discrimination to increase visibility. They are people who are not members of the underrepresented groups they support, but who take very specific action to support that group. Allies are people who hold positions of privilege; white people, straight people, able bodied people and maleness are all privileges that some people hold. 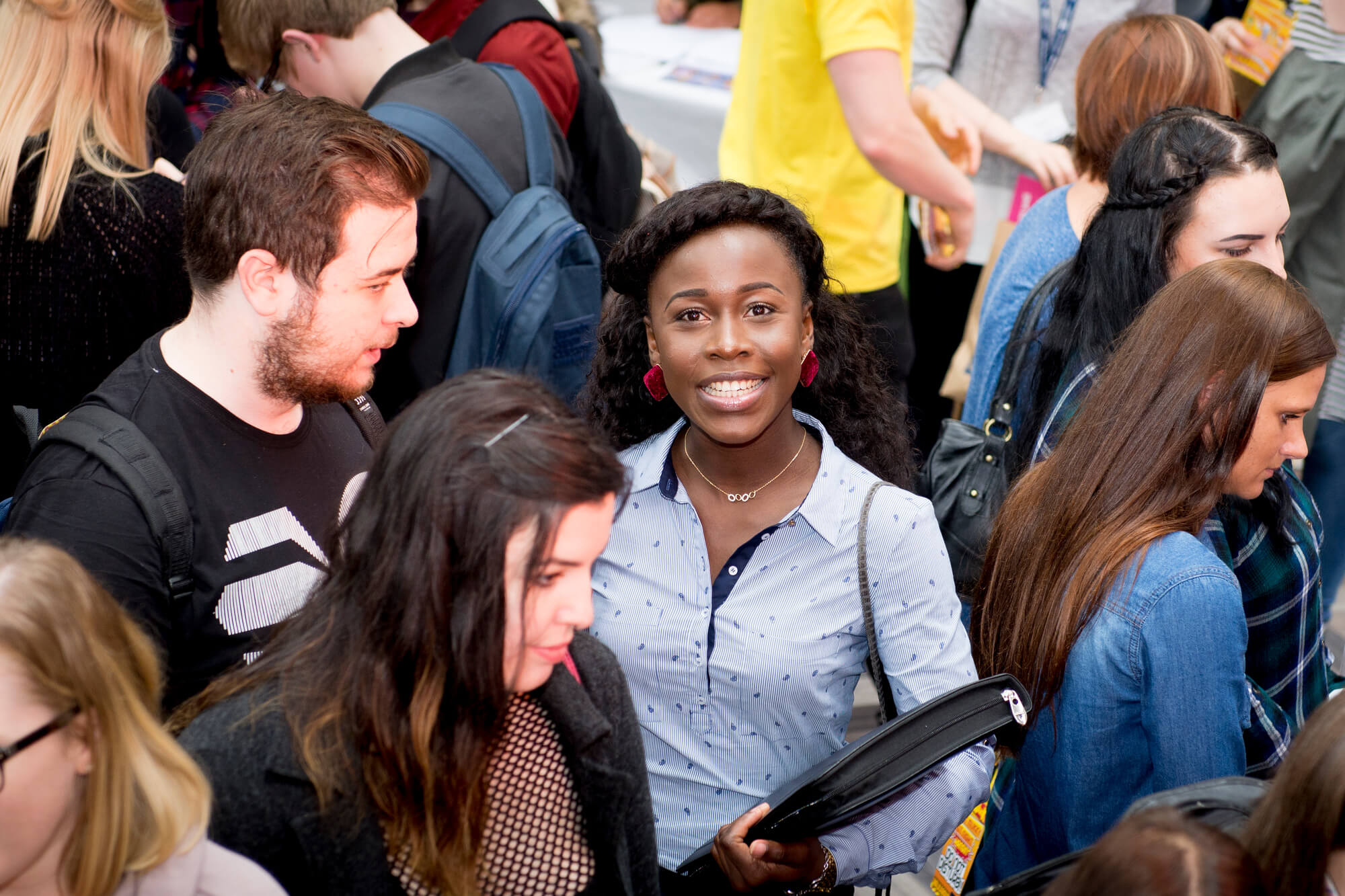 Our role models and allies

Our role models and allies represent and support the diverse communities at the University. They are people who recognise and visibly demonstrate every day that everyone has an important contribution to make.

Being kind, fierce and fair

People often worry about how to challenge others.

First and foremost it is important to use a questioning approach when challenging language or behaviours that are offensive. Using an approach that is blaming and accusatory is unhelpful and often creates unnecessary conflict. An approach that enables someone else to think about what they have said or what they have done is the most helpful.

Secondly you have to be fierce, stick to your message, ask the questions that challenge what someone else has said or done and don't back down easily.

Finally, be fair. Not all discrimination comes from a place of hate or fear, sometimes it is learnt behaviour or unconscious. The way to often understand the difference between conscious and unconscious bias is that you should never have to challenge the same person on the same thing twice.

It is easy to be an ally at the University of Derby, because we have an inclusion agenda that shines a light on discrimination and encourages positive action and change. What have you shone a light on recently?

Top tips for being an LGBT+ ally

Why I’m an LGBT+ ally

Members of staff discuss why they became an LGBT+ ally, what the role involves and what it means to them.

"Being an ally means that I am visible and vocal in my support for people that feel like they are marginalised in society and the University in particular. This was an easy choice, I am vehemently anti-racist and pro equal rights and in my role at Chesterfield I support students who are the victim of abuse in my role as safeguarding officer. That said, it is very challenging to be an ally, it means accepting that sometimes you will upset people by challenging their worldview. It also provides a learning opportunity, I can honestly say that my understanding of the challenge involved with being ‘different’ has grown significantly since being an ally and that in itself is a significant reward."

"I feel passionately about true inclusivity – ensuring everyone I meet feels able to talk honestly and openly without a fear of judgment or discrimination. The first step is ‘normalising’ conversations about gender and sexuality in a way that does not make anyone feel uncomfortable or pressured; this involves making safe spaces and improving accessibility to role models and allies. Wearing my rainbow LGBT+ lanyard and badge is just one simple way I can show I support all students and staff and they will hopefully encourage others to start a conversation with me about their symbolism and meaning."

"When I put on my rainbow lanyard every morning before I leave home it reminds me of two really important things. It reminds me how lucky I am to be able to be myself in my workplace, and how grateful I feel to work at the University of Derby where everyone is valued for whoever they are and enabled to be their true selves while they are on campus, even if they can’t be anywhere else. And it reminds me that my daughter needs to have this freedom, as does everyone else in the next generation and beyond, in their lives from the word go. But that will only happen if we are all enabling everyone to be whoever they need to be. So when I put my lanyard on it reminds me to be who I am, and to show others you can be who you are at the University of Derby.

When I talk to my daughter about the rainbow lanyard she knows what it means. We have always discussed all relationship and identity possibilities; my proudest moment as a parent was when she came home from school one day aged 4 and told me “Mummy, my friends said today that a lady can’t marry a lady, but we know they can”. All she knows is that a human can love another human, and that each human can be whoever they are. I want that to be the message that we give at the University of Derby. So wearing my rainbow lanyard is one of the most important things I do every single day at work."

Our staff have made recommendations on what you can read and watch to celebrate Pride.

In February 2020, alongside a series of events, we demonstrated our support by displaying rainbow flags in prominent places around each site in addition to the rainbow lanyards and badges that staff and students already wear.

This bold and visible show of unity is not merely tokenistic, it is underpinned by a lived culture throughout the organisation. There is no excuse for being a bystander in the world when it comes to any form of discrimination.

At the University of Derby we take this seriously and this is why we celebrate all our staff and students, however they identify.

Samira Mensah, Vice President (Welfare) of the Union of Students, and Sarah Barley-McMullen, Diversity and Inclusion Lead at the University, share how we support equality and diversity as an institution by equipping our students and staff to challenge discrimination at every level.