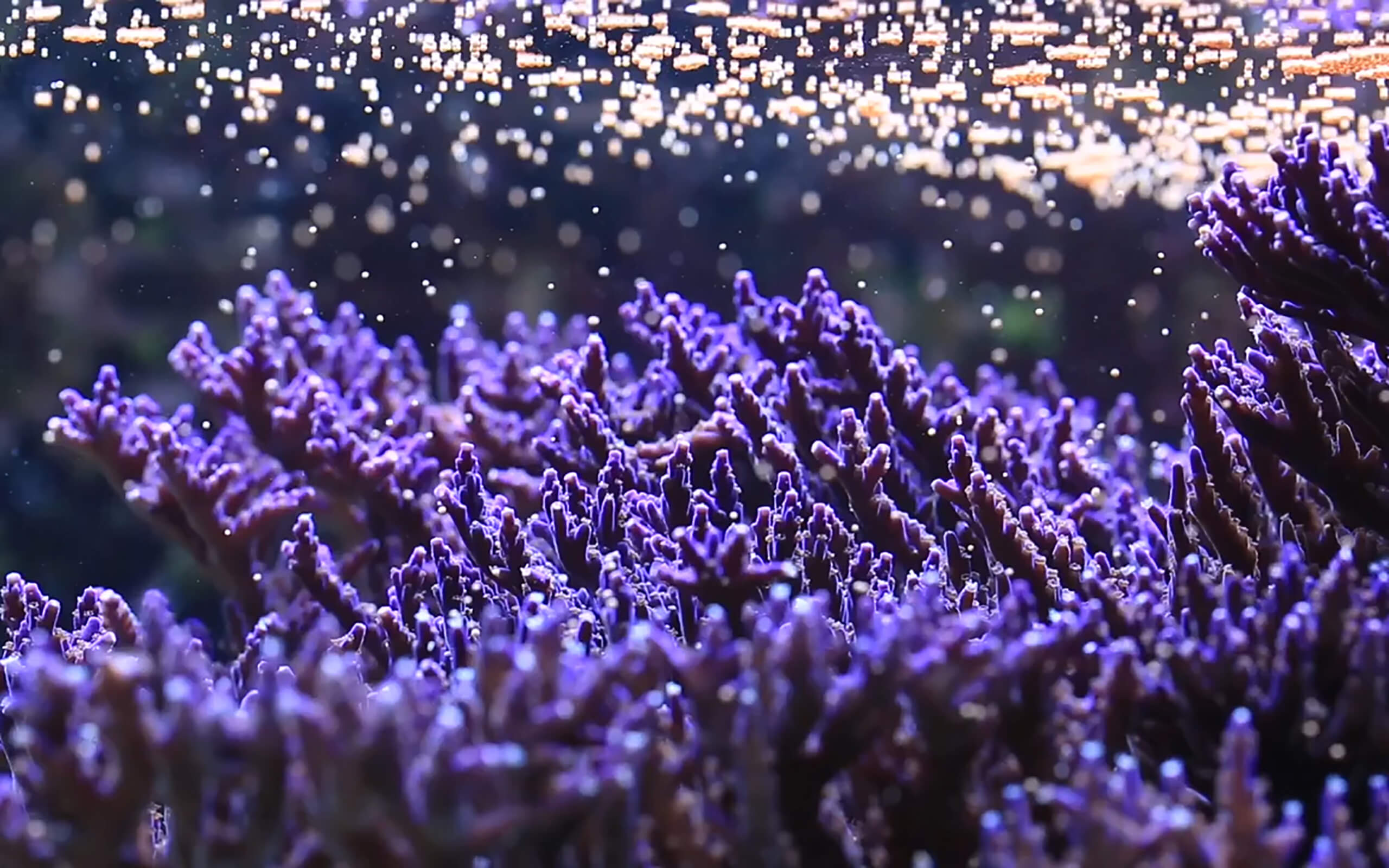 Coral reefs are dying off at an alarming rate. Our Aquatic Research Facility is carrying out work with organisations across the globe to make corals more resilient in the face of man-made afflictions.

Researcher Dr Till Röthig: I work on corals and, a bit more precise, on coral microbiomes, but mainly bacterial communities that reside within the corals. From a biodiversity aspect, probably the most diverse ecosystem on this planet.

Coral reefs are facing a multitude of threats. Coral reefs are very sensitive to increasing sea surface temperatures. They bleach, what bleaching is referred to as the breakdown of the symbiosis between the intracellular algae in the coral and of course the coral itself.

It's been estimated that, so far, we've lost, through pre-industrial times, probably 30 to 50 percent of coral reefs. We went in the Red Sea, one of my favourite dive spots there for pleasure diving, quite regularly and once we went there and came out and all the corals were pretty much white. That was not a small coral reef on a few metres. That was an extensive reef of at least 100 square kilometres, and all corals were bleached. Three months later and there were no corals alive anymore.

Also, a little bit globally is pollution. In terms of plastic pollution, there's a lot of plastic around and definitely that's harmful for corals.

As part of an international team, we are investigating assisted evolution and assisted gene flow in corals. The idea behind that is to look out for corals that are particularly resilient to temperature increases, we call that thermally tolerant. And we try to breed this thermal tolerance through generations of corals. So we would take a couple of individuals that are thermally tolerant and we will crossbreed them and then we try to find out if this thermal tolerance is inheritable. And can we track that through generations?

The long-term goal and impact of my research is hopefully that we are firstly able to show that the microbes really have a significant contribution to the environmental resilience of corals.

Back to Helping corals survive