Going to the University of Derby, my plan was to graduate in Mechanical Engineering because it satisfies my enjoyment of Mathematics and Physics, as well as my curiosity about the function of various machines which we use on a daily basis. Afterwards, I wanted to find employment or get a Master’s degree in Biomedical Engineering since I would like my career to provide a possibility of professional development, on top of benefiting the greater public. However, throughout my university experience, I discovered a passion for Design Engineering. Both of those fields have inspired me to choose a final year project that would combine biomedicine with the designing and material selection abilities that I acquired during the last 3 years of my studies. This project allowed me to further deepen my engineering skills, which include the usage of various software, such as Solidworks and CES Edupack, as well as critical analysis of FEA simulation results.

Ankle arthroplasty serves to replace the damaged parts of three bones of the ankle joint (tibia, fibula and talus) with artificial implants. This procedure involves replacing the ends of the worn-out bones with metal components and a plastic insert between them, allowing gliding motion. Unlike hip and knee joint replacements, ankle arthroplasty is relatively new and not fully developed. Consequently, its lifespan is significantly shorter - approximately 8 years, compared to 15 years for knee/hip. The costs of TARs are also high - about £5,400 in East Midlands.

The aim of this project is to find alternative materials that could be applied in hard tissue implants, specifically ankle joint replacement. The objectives towards that goal involved:

Despite all of the improvements made within the last few decades, TAR has still a twice as high revision rate as of total hip and knee replacement. This is caused by different factors, such as small contact areas between the ankle bones (tibia and talus) and forces acting upon different joints. While the surface area of the ankle is three times smaller than that of the hip or knee, it faces more force - 64% more than the knee and 45% more than the hip. STAR, which is the leading manufacturer of TAR, was chosen as a reference implant. Based on the research, calculations and estimations, a similar implant was designed.

Since it supports most of the weight of the entire human body, the ankle joint is constantly undertaking a lot of high-magnitude forces. Because artificial implants are attached to actual bones, the properties of their materials must be similar to those of human bones. The main mechanical properties that need to be considered in biomaterials are mechanical strength, yield strength, elastic modulus, wear resistance, surface roughness, hardness, fatigue strength, corrosion resistance, biocompatibility, and Young’s modulus and ductility. The majority of the current TARs, both fixed- and mobile-bearing, use a combination of UHMWPE and either cobalt chrome, titanium or stainless steel alloys.

Through applying values of mechanical properties for bones and current materials to the CES Software, a selection of alternative materials was produced.

The analysis was performed based on the loads found in the literature - X direction - 62.81N, Y direction - 58.65N and Z direction - 401.35N. Additionally, a force representing the body weight of 876.4N was applied on the upper and lower surfaces of the assembly. Appropriate fixations were applied to stabilize the model. Simulations were performed in two stages, each varying in the connections between the components.

The investigation into the CES Edupack database identified 12 potential materials for TB/TL and 5 for MB components. Through several simulations, the materials exhibiting the most potential have been identified as Silicon Nitride and Magnesium for tibial and talar components. All materials for mobile-bearing applications failed their displacement reports. Nonetheless, Polyimide/carbon fibre has proven to be the material with the most promise. Recommendations for future or alternative investigation could include prototyping and physical testing. It would ensure more accurate results as they would reflect the real-life performance of the design. 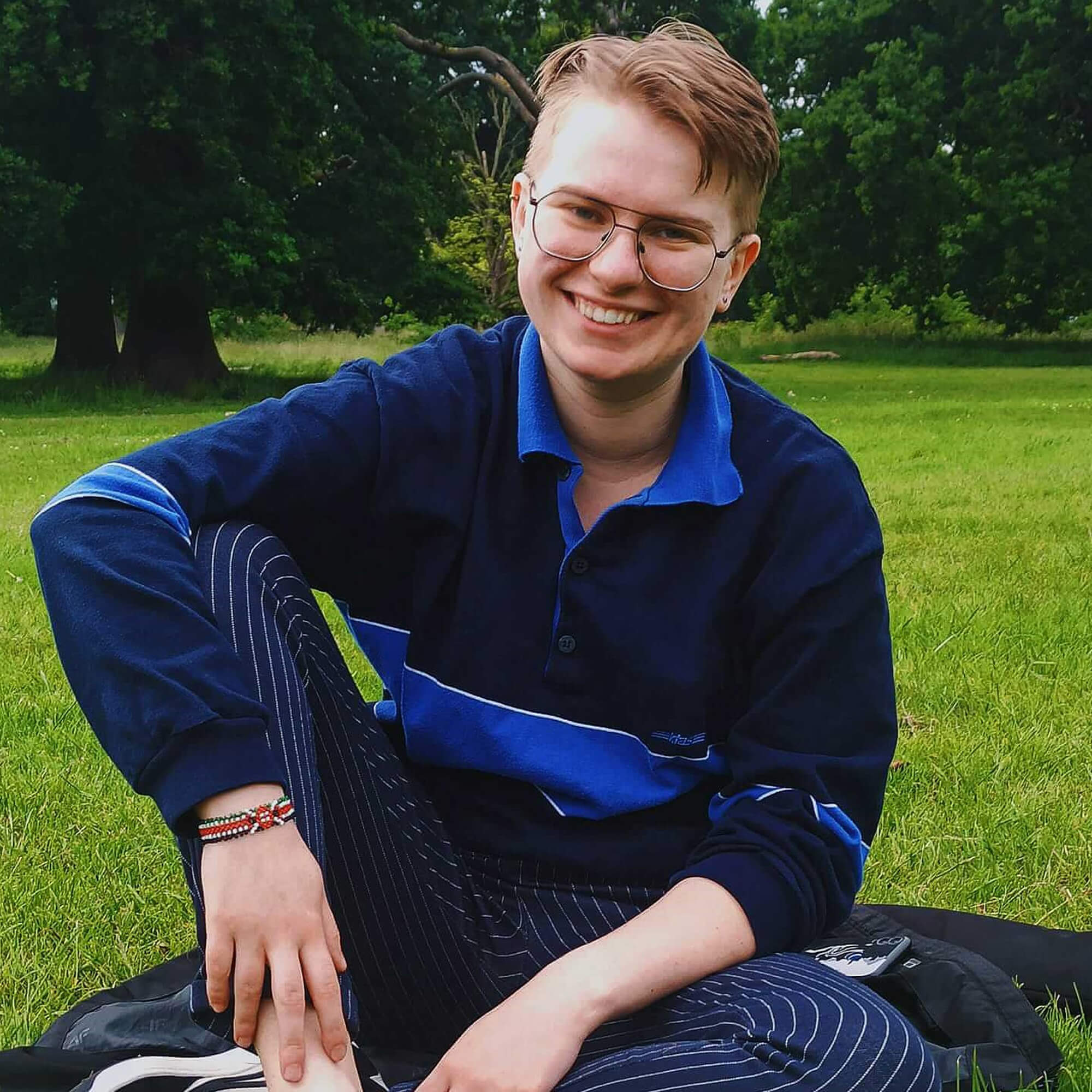 I am proud to be completing my BEng degree in Mechanical Engineering, especially being one of the few queer women in my department. I look forward to a career that will challenge me professionally and intellectually. Outside of uni, I enjoy exploring the Peak District, reading and trying new foods.