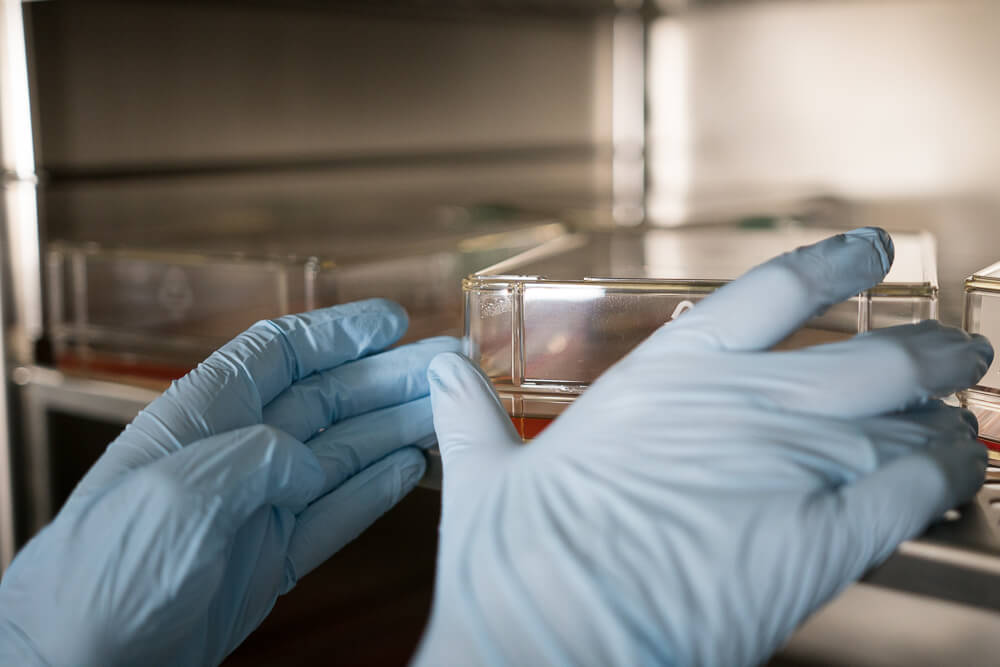 The business has grown rapidly since its inception, aligned to the increased outsourcing of drug research previously undertaken by large pharmaceutical companies. It is expected that the CRO sector will continue to grow at a rapid rate for at least the next five years.

Since its inception, XenoGesis has been based within premises at BioCity Nottingham. It initially utilised one office and one laboratory, but due to the business’ growth it increased its footprint to two main offices and five laboratories. As these facilities were not purpose-built they did not provide an ideal working environment for XenoGesis. Crucially, the business could not grow any further within the premises; it therefore identified the need to relocate.

Following the identification of premises within a new building, also located within BioCity, XenoGesis was awarded £45,500 from Invest to Grow to support its relocation. This included funding for a lab and office refit designed specifically to meet XenoGesis’ needs, as well as instrument moves and upgrades.

XenoGesis moved into its new premises in July 2018. This immediately led to an 83 per cent increase in space for the business, providing improved facilities with significant additional grow-in space. Dr Richard Weaver, Founder and Managing Director of XenoGesis, referred to a series of immediate benefits that have occurred following the relocation:

“As we were able to design the space ourselves, we have experienced an immediate efficiency gain. Workflow and communication is so much better because we are all located together. Clients are blown away by the facility when they come here.”

The new premises, and specifically the additional equipment, has not only enabled XenoGesis to scale up its activities but has also helped to broaden its range of services – for example via the business’ new cell imager and its additional fume cupboard.

The additional capacity has already enabled an increase in sales and new clients for XenoGesis, with growth expected to continue. Dr Richard Weaver commented:

“Our turnover last year was £2 million. Recognising our increased capacity for this year due to the new premises, we set ourselves a target of £2.6 million. Given the progress so far, we now hope to achieve £2.8 million.”

The relocation has also led directly to an additional 2.5 members of staff, which is expected to rise to 4 over the next six months. Importantly, given XenoGesis’ commitment to training staff, the relocation has enabled it not only to recruit more employees but also train and support them.

The impact of the relocation is expected to become increasingly beneficial moving forward. Dr Richard Weaver commented on its effect in enabling a major increase in the scale of XenoGesis:

“The relocation has absolutely led to a step change for us. It has completely transformed our business.”

Without the support from Invest to Grow, XenoGesis would not have been able to relocate as quickly as it has done. Dr Richard Weaver commented:

“Without the support of Invest to Grow our relocation would have been delayed. This would have restricted our growth. Invest to Grow has been the catalyst, increasing the speed at which we grow and create jobs.”

Moving forward, XenoGesis is keen to access additional support, for example to purchase more equipment to further support its growth. The business is also seeking to continue its widespread and longstanding engagement with a range of universities. Its experience with Invest to Grow has further enhanced its desire to work with the University of Derby. Dr Richard Weaver commented:

“We would be keen to explore working with the University of Derby in different ways, for example taking on some of its students or providing internships.”