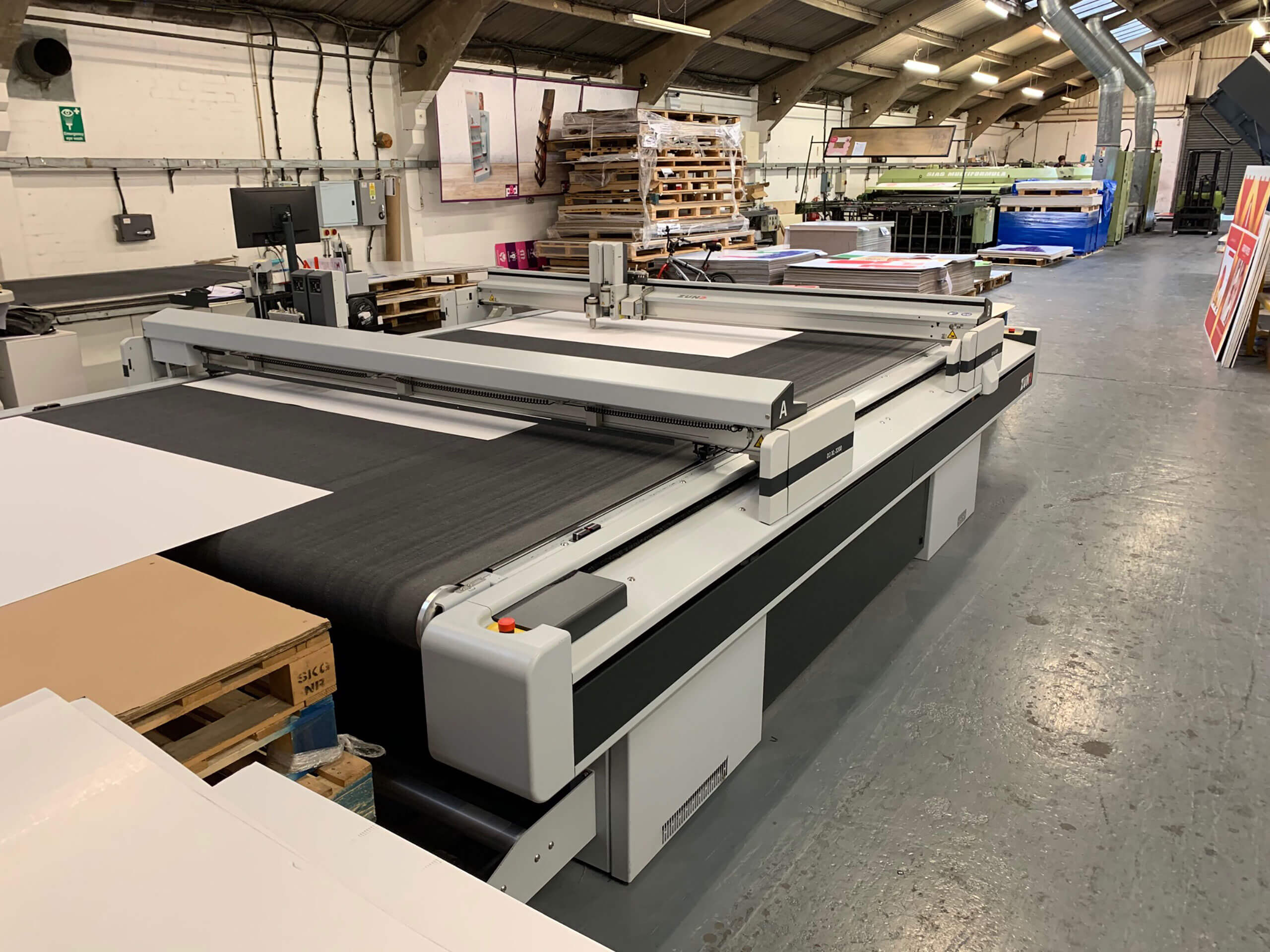 Print & Display Ltd (P&D) designs, develops and manufactures 3D cardboard point of sale displays for retailers, brands, design agencies and print management companies.  The firm has been trading successfully since 2003.  Previously, P&D’s operating model involved designing structures in-house and then outsourcing 3D visualisation for prospective and current clients.  As part of a wider drive to improve productivity and profitability, the firm identified the upgrading of their production hardware to the latest available print ancillary equipment as a key objective.

P&D identified the latest available 3D cutting machine as the optimal hardware available to speed up production, boost market presence and increase the company’s ‘finish’ control.  The investment was also seen as a way to broaden the firm’s client base and increase overseas sales.  Invest to Grow funding was sought to gap fund and accelerate the investment as the business lacked the necessary cashflow at the time of the application.

The new ‘in-house’ digital finishing equipment has had significant and multiple impacts on the P&D business.  It allowed the firm to double the speed and volume of production and enabled the firm to significantly reduce its dependence on sub-contractors and increase its control of production and delivery timescales. All of which has increased productivity and improved P&D’s overall customer service offer.  As Paul Manson, Managing Director, explains:

“The new machine was an absolute godsend. It has doubled the speed we can work at and greatly reduced the amount of work we outsource.”

The Invest to Grow funding was projected to create five new jobs.  P&D has comfortably achieved this target having employed 10 new starters since July 2019.  Paul also reported that despite a Brexit related slow-down during the first quarter of 2019, the new equipment has supported strong sales – “almost doubling our turnover” – since its installation.  He explained that this sales performance is partly linked to the increased clarity and control over when production can happen.

“We often struggled when sub-contracting work externally.  It meant there would always be a variable delay between approving artwork and final delivery.  We can now approve, print and cut product to our timescales – and this control means we’re more confident of our capacity to deliver and are able to take on more work.”

The improvements to production also resulted in the company broadening its customer base since the new machinery was installed.  Paul reported over 75 separate enquires during the first quarter of 2019, of which 20 have turned into direct accounts and included some high-profile new clients such as Soreen, Mr Kiplings and Warburtons.  The new equipment has also supported the firm’s overseas offer.  As Paul explained:

“In the last year we’ve started working with Epson and Body and Fit (a nutrition and food brand) both based in Holland.  We’re also responding to enquiries about working with Coca-Cola on a dump bin for their bottles in Italy.”

The Invest to Grow programme has also had a significant impact on the firm’s perception of the University of Derby and its awareness and appetite to engage with University funding and innovation programmes generally.   Paul stated:

“I never imagined that the University of Derby would be involved in something like Invest to Grow, I couldn’t believe it.  I didn’t go to University myself, so the programme has really opened up the world of universities and innovation to our business.”

The softer longer-term business confidence benefits of P&D’s involvement with the Invest to Grow programme were also highlighted by Paul:

“Our collaboration with the University of Derby has increased our commercial confidence to press ahead with our expansion plans.  We are currently consolidating our operations into a bigger factory.  This will enable us to increase production further, we turned down £750k of work last year because we didn’t have enough space.”

Without Invest to Grow funding support, P&D are clear that their growth objectives would have been delayed by 12 to 18 months.  The efficiencies made by the Invest to Grow award also enabled the firm to recruit two new members of staff (a Marketing Manager and a Designer) who have helped promote and raise P&D’s profile in the market.

“The recruitment of the Designer has enabled us – for the first time - to enter and achieve a top 3 nomination at the 2019 industry awards.  Our new Designer also just finished a job with Warburton Bagel – part of a national TV campaign starring Robert De Niro.  This recruitment was a direct result of Invest to Grow.”