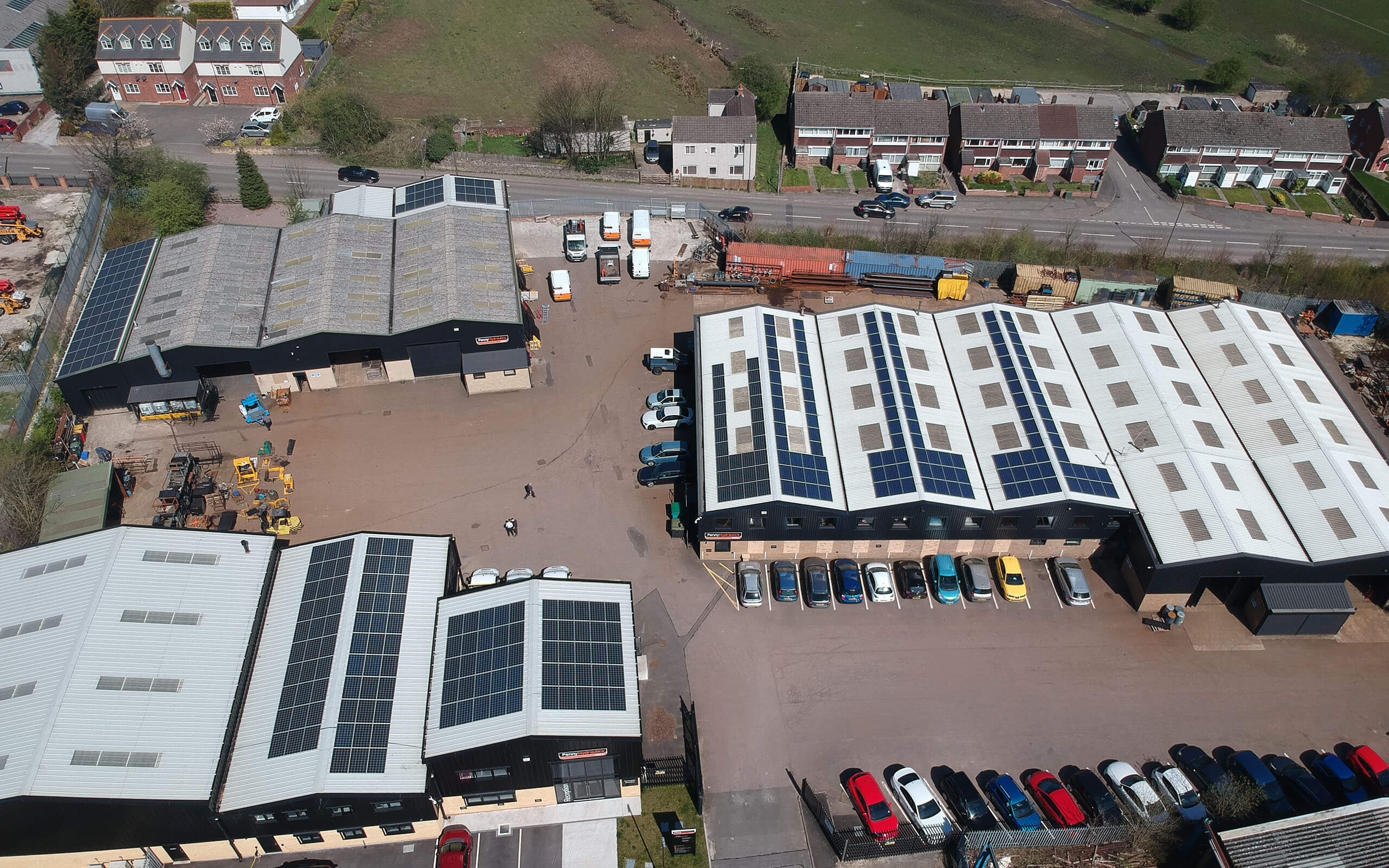 “Without Invest to Grow, we would not have invested in our premises and our plant and equipment as much as we have.  I certainly don’t think we would have created the number of jobs that we have. It would have taken longer and the scale (and impact) of the project would have been less.”

Penny Hydraulics Ltd is a family business established in 1978 located in Clowne, Derbyshire. The company manufactures, designs and installs lifting equipment including the development of a wide range of vehicle mounted cranes and lifting platforms.

It is also an approved commercial vehicle converter for vehicle mounting lifting equipment for major vehicle manufacturers, including Renault, Nissan and Volkswagen. In house capabilities include; bespoke design, manufacturing and assembly, installation, servicing and training.

Prior to the business’ engagement with the Invest to Grow programme, it faced significant space constraints at its factory in Clowne. PH had outgrown this facility and had very limited production, storage or office space. This was a major barrier to the firm’s growth potential.

In February 2016, PH successfully applied for Invest to Grow funding predominantly in the form of a loan towards total costs of £1.1m to support the business’ expansion plans. This would demolish and re-build a new unit, and create space for a production bay, storage facilities, office and research space, meeting rooms, board room, toilet facilities and additional car parking.

To maximise the value of this new unit, 12 months later PH made a second application to the Invest to Grow programme to purchase new plant and equipment to expand the firm’s product and service offering and grow its customer base and market share. This led to £26,000 funding from the programme to support a total cost of £131,469.

PH’s new unit was completed in April 2017. Following Invest to Grow funding, a series of additional plant and equipment has been installed in the new production bay, including mobile welding ventilation systems and a range of compressors, cutting and drilling machines, as well as racking and additional plant items.

The commercial impact of the new unit and the additional equipment has been significant, with record turnover and profitability achieved in the firm’s year end (June 2018). The Invest to Grow funding also enabled PH to recruit a general manager for the Vehicle Mounted Equipment division and two new apprenticeships. Ashley Holmes, Finance Director at PH, stated:

"All the new machinery is now in place and we are really seeing the benefits of the project. This year we’ve secured an additional £1.8m work from the nuclear industry. Without the new production bay and machinery, we wouldn’t have been able to quote for those orders or set people up to work on those jobs or had the equipment to do the jobs. Without the new facilities we would have had to rent premises elsewhere."

PH also highlighted the additional perception benefits of the Invest to Grow funding, which has contributed to increased orders and supported the firm’s recruitment. Ashley Holmes commented:

"The perception of PH has improved massively because of the Invest to Grow programme. We were a backstreet engineering firm, now we’re a multinational company selling to 25 countries worldwide. We had Ford visit us recently and they were clearly impressed."

PH referred to further associated benefits from the Invest to Grow programme, which has enabled it to invest in other areas of the business to support growth. For example, PH has expanded its production of goods lifts from two lifts per week to four, and the firm’s export programme has increased from 13 countries to 25 countries internationally.

"Our new facility means we’ve got the space to recruit more design engineers and receiving the Invest to Grow funding has allowed us to invest in additional software technology; for example, the latest 3D CAD technology, which has increased our production efficiency."

Following its involvement in the Invest to Grow programme, PH has an on-going Transport Equipment Manufacturing (TEM) R&D project with the University of Derby. The project aims to increase the efficiency of the business’ testing processes by developing a mobile test rig for chain blocks. PH has also been working with the University through a Knowledge Transfer Partnership during the last 12 months.

PH’s involvement in the Invest to Grow programme has continued to positively change its perception of the University of Derby. Ashley Holmes commented:

"Our perception of University of Derby has changed, yes. The University definitely work more with businesses now and they tend to understand business needs much more than they did."

PH is clear that the Invest to Grow programme has significantly contributed to the pace of the firm’s recent expansion. Ashley Holmes stated:

"Without Invest to Grow, we would not have invested in our premises and our plant and equipment as much as we have. I certainly don’t think we would have created the number of jobs that we have. It would have taken longer and the scale (and impact) of the project would have been less."

Learn more about Invest to GrowContact us to find out more