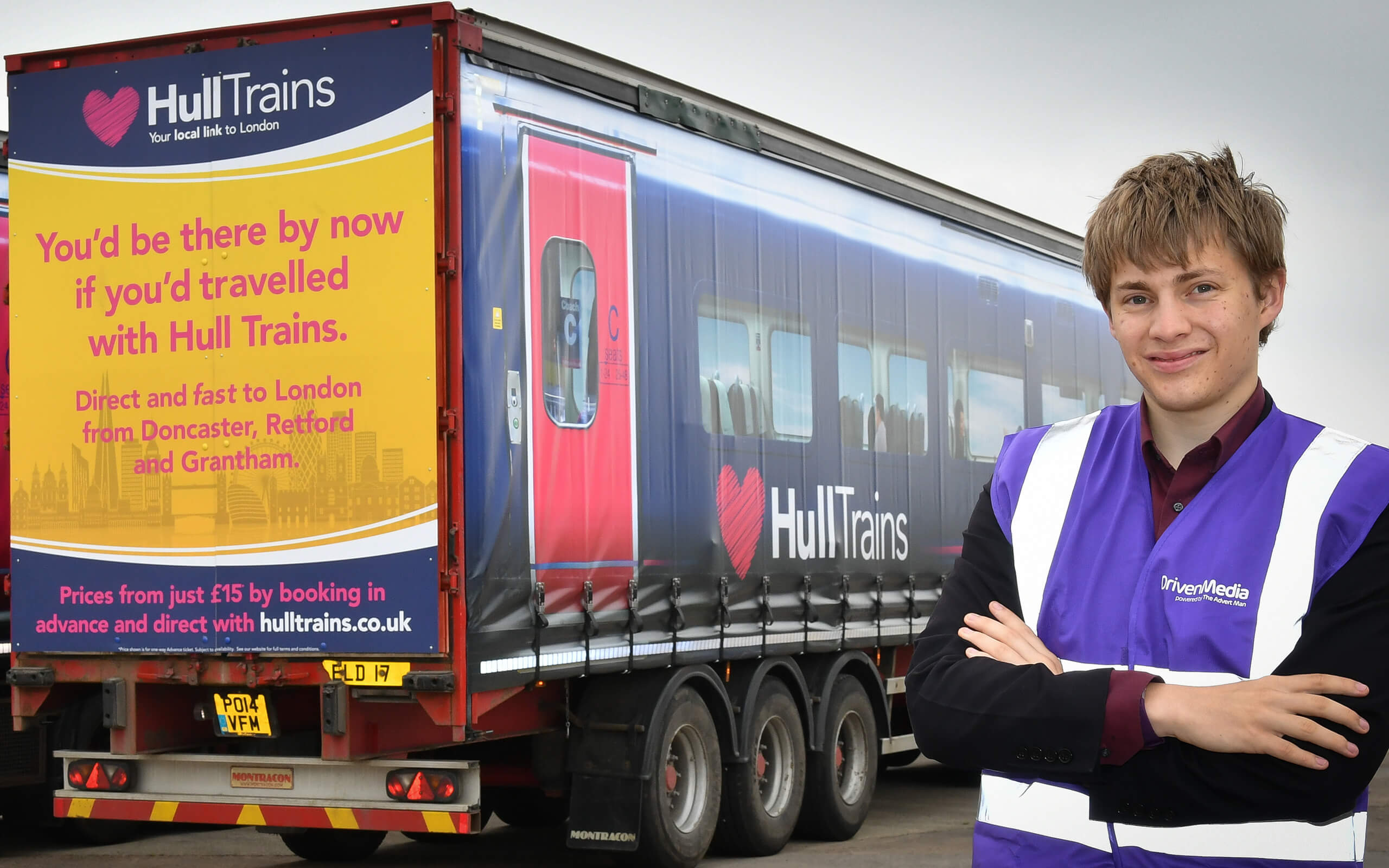 Graduate Ed Hollands went on the BBC's Dragons' Den TV show and used the skills he gained on our Business Studies course to win a £30,000 investment from entrepreneur Jenny Campbell. He will use it to take DrivenMedia, his successful truck advertising company, to the next level. But how did he get to this point? This is his story.

When Ed Hollands graduated from the University of Derby, he knew what he wanted to be. His own boss. But that's as far as it went.

"I remember, in my last year at University, I had no idea what I wanted to set up but I knew I wanted to be self-employed," says Ed. The BA (Hons) Business Studies graduate's head was full of ideas, he simply had not yet come up with the Big One. But he didn't have long to wait.

"The idea for DrivenMedia came a couple of months after finishing at the University of Derby," explains Ed. "I was on an early morning walk when I saw traffic – including several large, plain and uninteresting lorries – queuing at a busy roundabout as rush-hour traffic began to build.

"I was already interested in marketing and advertising and I also knew that small-to-medium-sized logistics firms often struggled with cost pressures. Bringing these two things together, I saw an opportunity to open up another revenue stream for hauliers and a new audience for advertisers."

It was so simple, it was brilliant. Ed realised that trucks were being seen by millions of people every day, by an ever-changing audience. His idea was to cover lorry boxes and trailers with eye-catching digitally printed advertisements that would take a company's brand and message around the densely populated UK road system.

And so DrivenMedia was born. Ed's company says the advertisements raise the profile not only of the advertiser but also of the haulier whose trucks carry the ad - and that truck adverts have an impact almost 100 times greater than other forms of advertising.

Ed's big idea and his work ethic led to him building a succesful company. But business is not about resting on your laurels, so he decided to take the plunge and apply for a spot on Dragon's Den, the BBC TV show that allows entrepreneurs to pitch their ideas to potential investors. Ed was looking for a cash injection - and some top-of-the-range connections - to take his company to the next level. 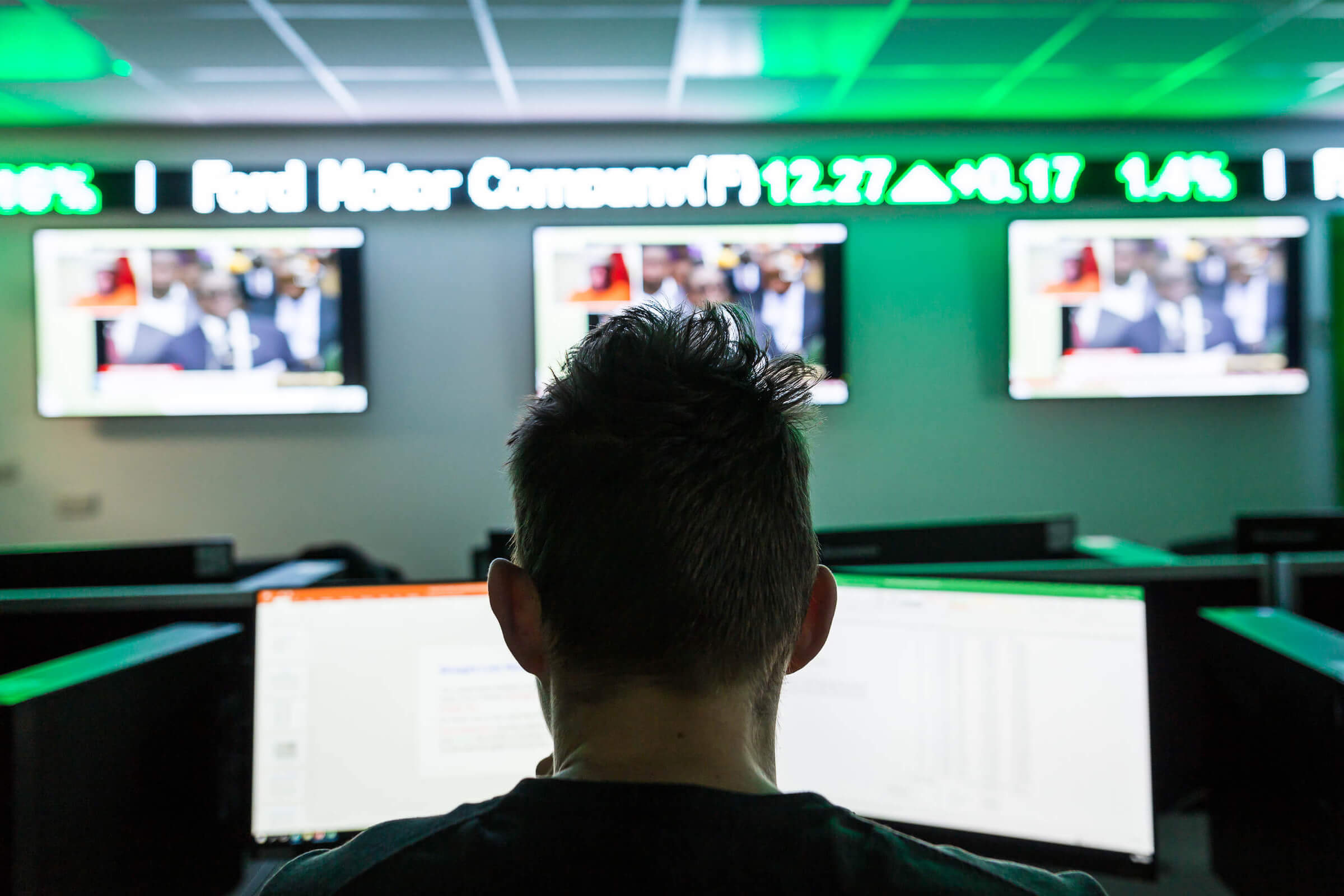 How we helped Ed tame a dragon

Ed says studying at the University gave him more confidence and better presentation skills, skills that were vital when he was making his two-hour pitch on Dragon's Den. Yes, two hours. Not just the 20 minutes you saw on TV.

Ed says: "Lecturers constantly challenged us. We were encouraged to speak in front of more and more people, which made speaking in front of five ‘dragons’ a piece of cake! OK, maybe not a piece of cake, but it definitely helped me win over Jenny Campbell."

Ed says the hours he spent trying to create the ultimate presentation for the dragons were "truly made easier" by the resources provided by the University. He says: "For example, advice about my tone of voice and how I project myself were just some of the useful tips I got from the University."

He also gained a lot of confidence from playing a completely new sport, Dodgeball. He played for the University’s student team, The Derby Seahawks.

Mentoring and networking is pivotal

Ed says his degree has proved useful in many areas of his business, from being able to do his bookkeeping to understanding the importance of brand and intellectual property.

But, as well as the skills Ed picked up on his course, he also credits the opportunity to have a mentor and build a network of contacts as vital to his success. He says: "While I was at University, I joined the Business and Entrepreneurship Society and began to be inspired by those who had already ‘walked the walk’ in business."

He was offered the help of a mentor to get advice and develop new skills. His mentor was Graham Mullholland, a leading Derbyshire entrepreneur. Ed says: "If the University hadn't given me an opportunity to have a mentor, Graham would never have heard of me, let alone become my mentor and later my investor."

They met at a University of Derby event, The Network of Entrepreneurs, and their professional relationship blossomed from there.

Bev Crighton, who was one of Ed's University lecturers, has also been a key mentor. Ed says: "I’d advise all Business students to go and introduce themselves to her. She is more than happy to listen to your ideas and support you in getting things off the ground."

The University is a huge believer in mentoring and networking. "It’s certainly been critical to my success," says Ed. "My advice would be to get out there and meet people. You never know who you’re going to meet or have the chance to speak to."

Ed credits the support he received from the University, his mentors and his expanding network for helping him get where he is today. "In 2016, I won Marketing Derby’s first rising star award and my company is now profitable and growing," he says.

"I have an experienced dragon guiding me and I am excited about the future. I hope to be the head of a group of companies one day."