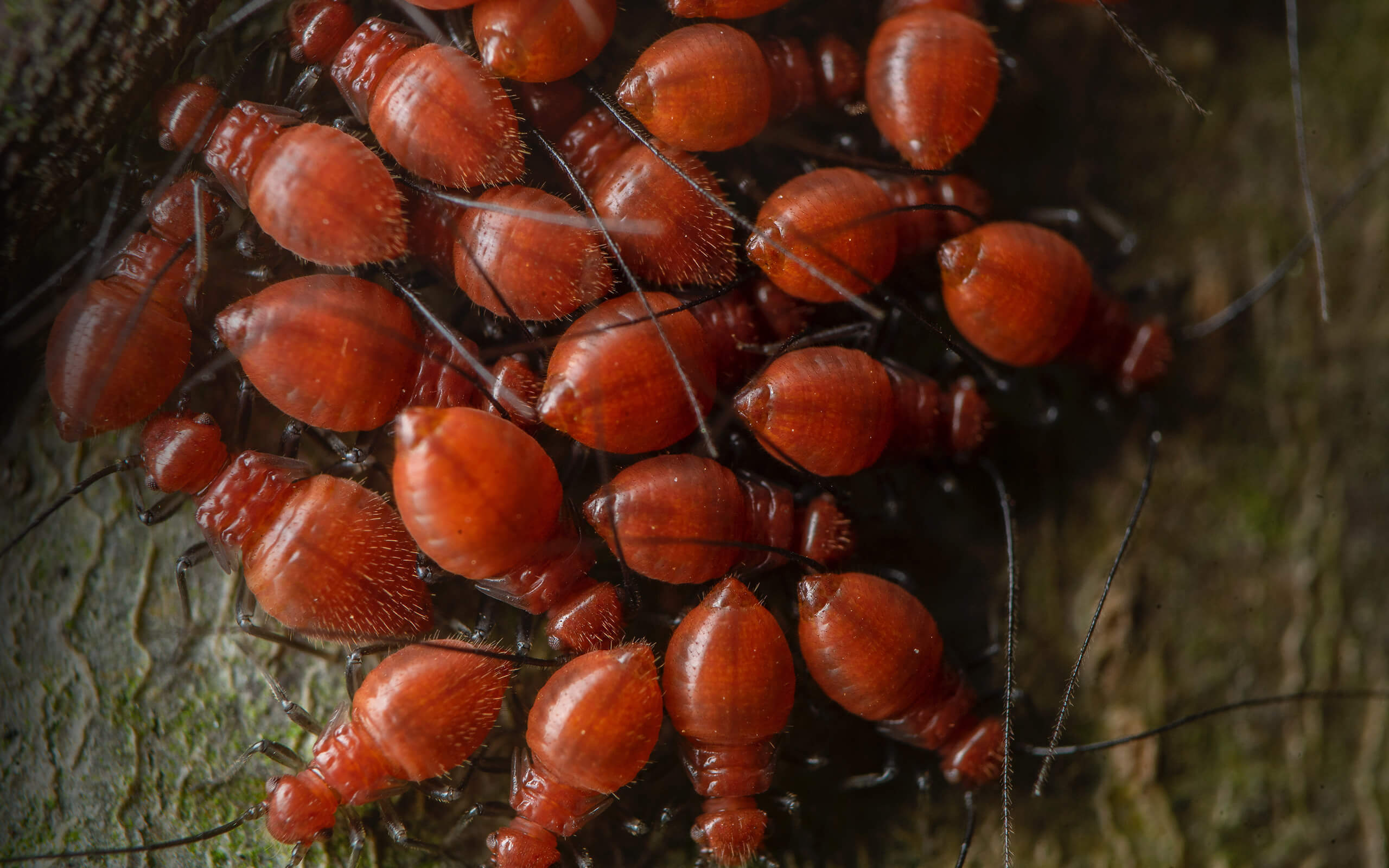 Two million insects! All in a day’s work for Ashleigh

Ashleigh Whiffin loves insects. Which is a good job because she manages an insect collection that contains over two million specimens. Our Forensic Science graduate Ashleigh is Assistant Curator of Entomology at National Museums Scotland.

Ashleigh arrived in Derby wanting to be a CSI (crime scene investigator) and gained a first in her BSc (Hons) Forensic Science. And she loved processing mock crime scenes in our Forensic Training Facility (also known as the Crime Scene House).

But it was her studies in her third year that unearthed Ashleigh’s interest in insects and steered her in a different direction, towards her new dream career.

She explains: “In the final year of my BSc, I specialised in forensic entomology and became fascinated with carrion insects - the insects attracted to decomposing bodies. This interest led me to pursue a career in entomology.”

She followed up her degree with an MSc in Entomology. Then volunteering at the Natural History Museum in London inspired her to pursue a career in museums.

Ashleigh has also been awarded the Marsh Award for forensic entomology and has made quite a name for herself already. As well as working at National Museums Scotland, she runs a range of national beetle groups and does a lot of outreach with current school pupils.

She has also featured on the BBC Winterwatch series talking about where ladybirds and beetles live in the cold weather.

Ashleigh is certain that, without the support and encouragement of her lecturers at Derby, she would not have gone on to study her MSc.

She says: “The staff were incredibly supportive, they really pushed me to do the best I could and encouraged me to do things that I thought were out of my reach. It's also where I learned to be independent, and learned many life skills.

“I'm proud of how much I grew during my time at university. I did things that were totally outside of my comfort zone and this really helped develop my confidence. I learned to believe in myself.”

Ashleigh also worked as a field assistant for her supervisor Dr Kate Barnes, on an internship at the end of her degree. She says: “This was really some of my formative experiences of fieldwork, conducting some outdoor experiments and processing samples in the lab. I learnt a great deal from this experience, and it resulted in a scientific publication too.”

Ashleigh has found a job she really enjoys and has no plans to move on. She says: “I get to meet a wonderful mix of interesting people in the field of entomology and I'm really fortunate that my job involves travel, for conferences and fieldwork. I'm proud to have collaborated on scientific publications and will soon have co-authored a book about beetles.

“One of my dreams is to conduct fieldwork in the tropics, something which may be on the cards in the next couple of years. I’m also determined to help inspire the next generation of entomologists, along with encouraging the wider public to appreciate insects.”

Day to day, Ashleigh’s role involves caring for the collection and making it accessible to both researchers and the general public. “There is a lot of variety in my job, from working on my own curation projects, to dealing with enquiries and hosting visitors,” she explains. “One day I might be out in the field collecting new specimens for the collection, the next day bringing them back to the lab to prepare and identify them. On another day I might be working on a display or exhibition and preparing for some public engagement. No two days are the same.”

For anyone interested in a career in entomology, Ashleigh’s advice is to get involved with local societies and voluntary groups. She says: “The amateur naturalist community contains some of the most welcoming and knowledgeable people. Don't be afraid to reach out and make contact with the people who inspire you. They'll have advice for you and you never know where it might lead.”

And her tips for students in general is similar: ask your lecturers for help or advice if you need it. But also look beyond to the wider University. She explains: “I learned a variety of scientific skills from my degree that I still use on a weekly basis, but I think even more important than that is the confidence it helped me develop.

“When I started my degree at Derby, it’s fair to say I was pretty shy. At the time, my worst nightmare was talking to large groups of people and giving presentations! The thing that really helped me to overcome this was working as a student ambassador for the Student Employment Agency.

“Talking about my subject and sharing my experiences with prospective students took me out of my comfort zone and developed my confidence. I've since built upon these communication skills and would say they are vital for my current position, especially for public engagement.”