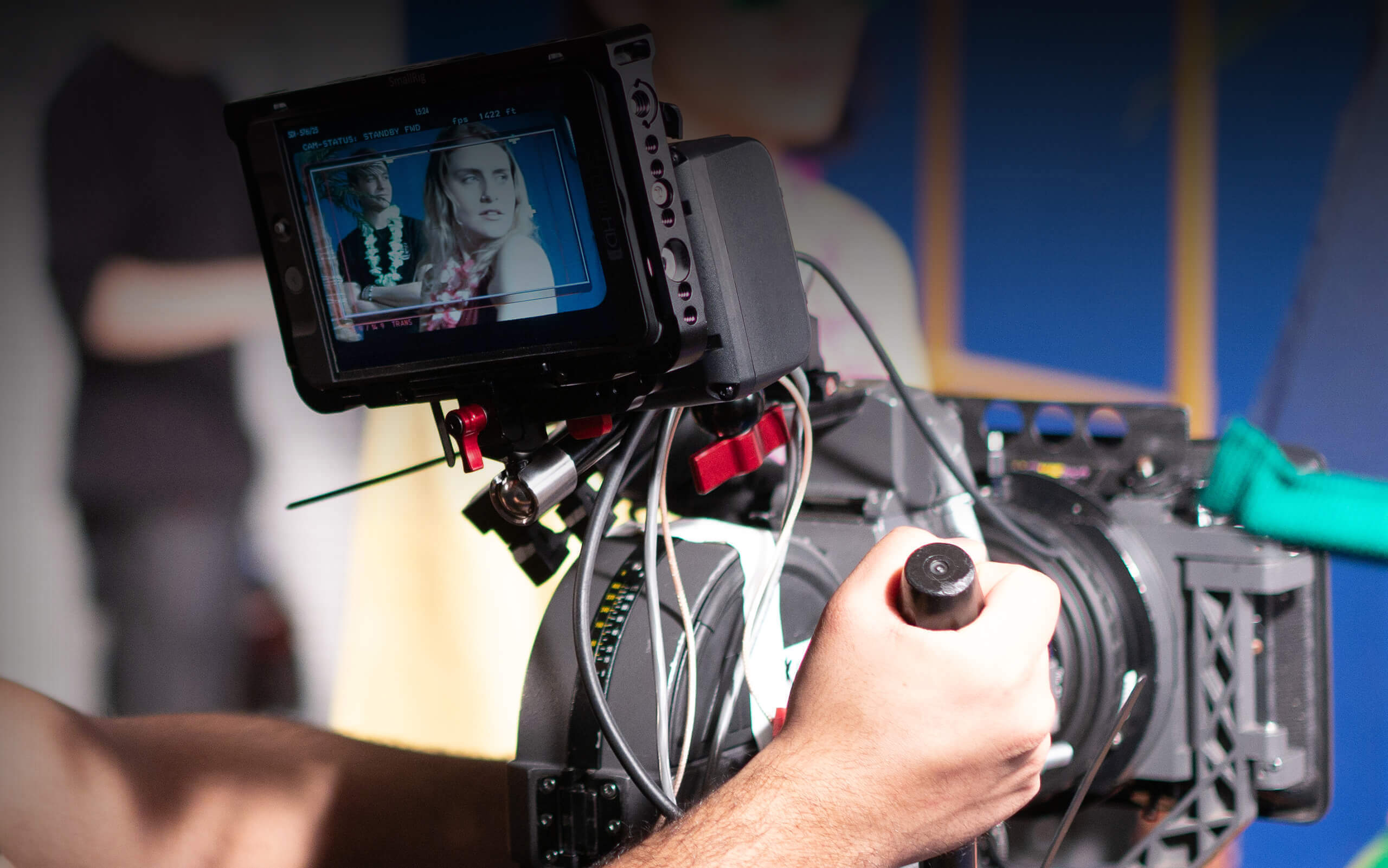 To Netflix and beyond: how national award helped launch Omar’s film career

Three igloos, some fake snow, over 600kg of sand and a degree from our highly regarded Film department have led Omar Soomro to a national award and film projects with Sainsbury's, Microsoft, the BBC and Netflix.

Top of the POPS

In the space of three years, Omar has not only gained a Film degree and new friends but has also managed to bag the Best in Brief (POPS) award at the NAHEMI Kodak Student Commercial Awards 2020.

As Director and Cinematographer, he led a team of fellow students to create a 30 second advert, Sweet Sensation, for POPS (a brand that sells alcohol-infused ice lollies). They beat over 80 submissions from universities and film schools across the UK. Omar says:

"I wore two hats, which was a huge task, but so rewarding. Seeing a vision that was in my head for over three months come to life right in front of my eyes was exhilarating.

"The crew encompassed over 20 Film students giving up their time and energy for free to realise this vision. It is truly humbling to have such amazing course mates. This award is a testament to their hard work and skill. This project would have never happened if it wasn’t for their dedication and sacrifice."

Omar’s mentor, Barry Squires, Senior Lecturer in Film at the University of Derby, says: “Winning this award is an important milestone for our department as we continue to develop students to an industry-standard in pre-production, principle photography and post production.”

The University of Derby students' film that won the Best in Brief (POPS) award.

Omar values the support he received while developing his practice at the University of Derby. He says:

"There are lots of places to study film, but not many where you have innovative modules, one-to-one tutorials that develop your skills and network, insane equipment and a whole city as your canvas."

Omar feels that the three years he spent in Derby have solidified his career in the film industry. He says: "The knowledge, experience and contacts I have gained are a result of networking, seizing local opportunities and taking part in festivals and competitions all around Europe. Outside of work, the close-knit social groups I have formed have made my time here in Derby a fulfilling, all-encompassing experience, with friends I’ll have for years to come, setting up my career and hitting the floor running in my chosen field.”

And Omar has been making the most of his opportunities. As well as his work on projects for the BBC and Netflix and for commercial clients such as Sainsbury’s and Microsoft, he has been getting more opportunities in London and the famous Pinewood Studios. He says: “I hope to establish myself in London as a freelancer in the film industry camera department.”

Omar credits the experience of our lecturers as pivotal in developing him as a filmmaker. He explains: "Film Production at the University of Derby is highly regarded. It provides the practical skills and tools along with in depth knowledge of film history and contemporary practice.

“Barry Squires was a focus puller and Steadicam operator for decades in the industry. His guidance and support as a lecturer and mentor has furthered my career more than I could ever imagine. Steve Watson, Thomas Craig and Russell Cherrington are industry leaders in their field, their experience and one-to-one tutorials have formed me into the nationally awarded filmmaker I am today.

“The course boasts industry-level digital and analogue equipment and almost unlimited time to utilise these fantastic tools. The half-million-pound investment by the University into Arri Alexa cameras enabled me to gain experience using industry standard equipment. 35mm film is used in most high-budget feature films. We are taught both 16mm and 35mm here at Derby. This discipline you learn is what makes you so employable when you graduate.”

Omar also branched out internationally after taking the opportunity the course offered to go to the Esphino FilmFest in Portugal over the summer. He explains: “We met amazing young filmmakers from all around the world to discuss and view our work, visit the city of Porto and relax after semesters of hard work.”

He also benefited from our connections with the Maltese film industry. He says: “The opportunity to go to Malta and study on the beautiful island with industry practitioners can cement a career in film before even graduating.”

All this backs up his decision to come to Derby to study Film Production. He says:

"I chose to study in Derby because it felt right. I had been to many open days and course interviews. I chose Derby because I could see myself flourishing here."

Since graduating, Omar has secured 6 months full-time work as a camera trainee on the global Netflix production 'Sex Education'. 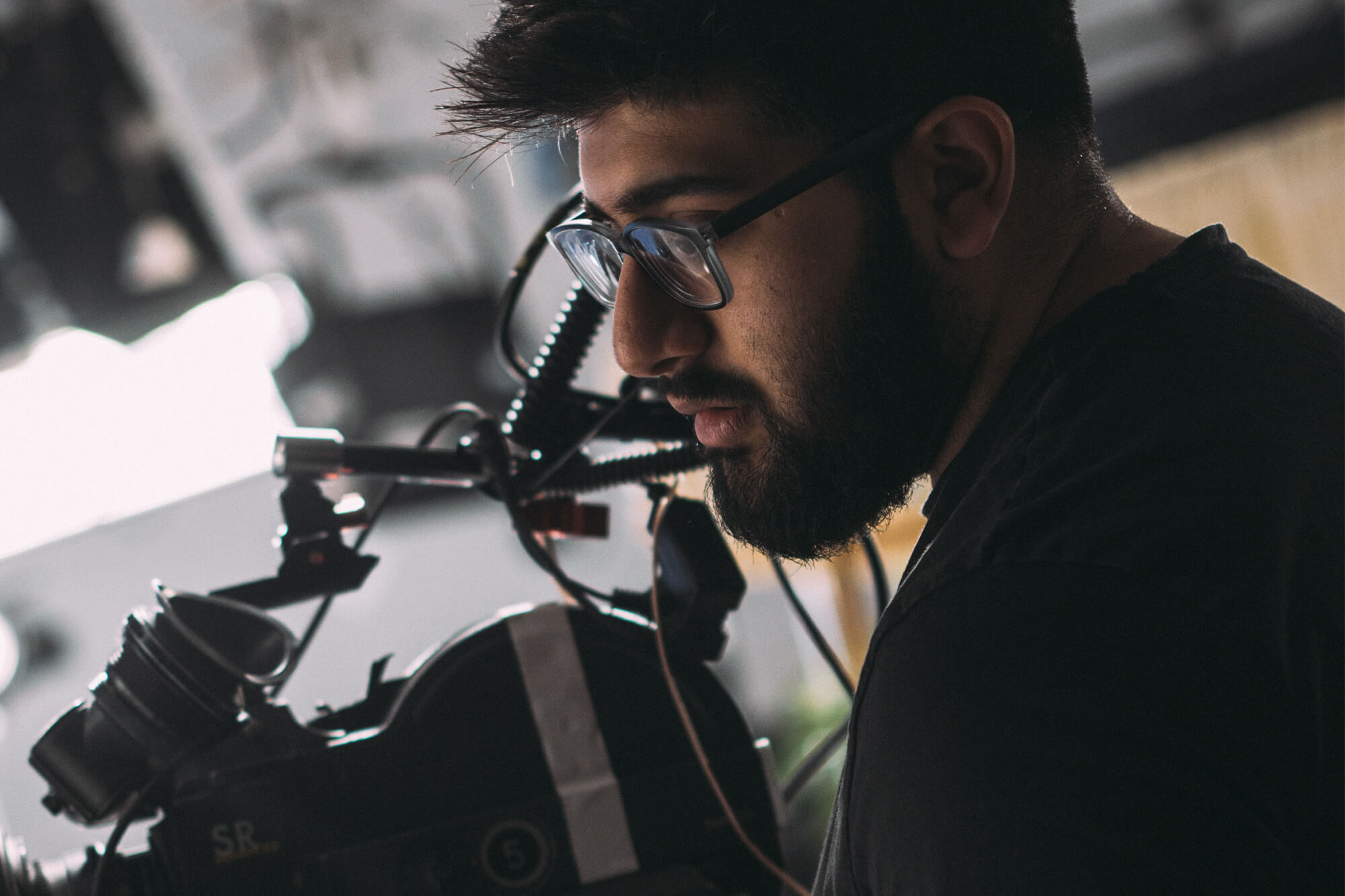 A highly practical course that will equip you with skills to get noticed in a competitive industry.