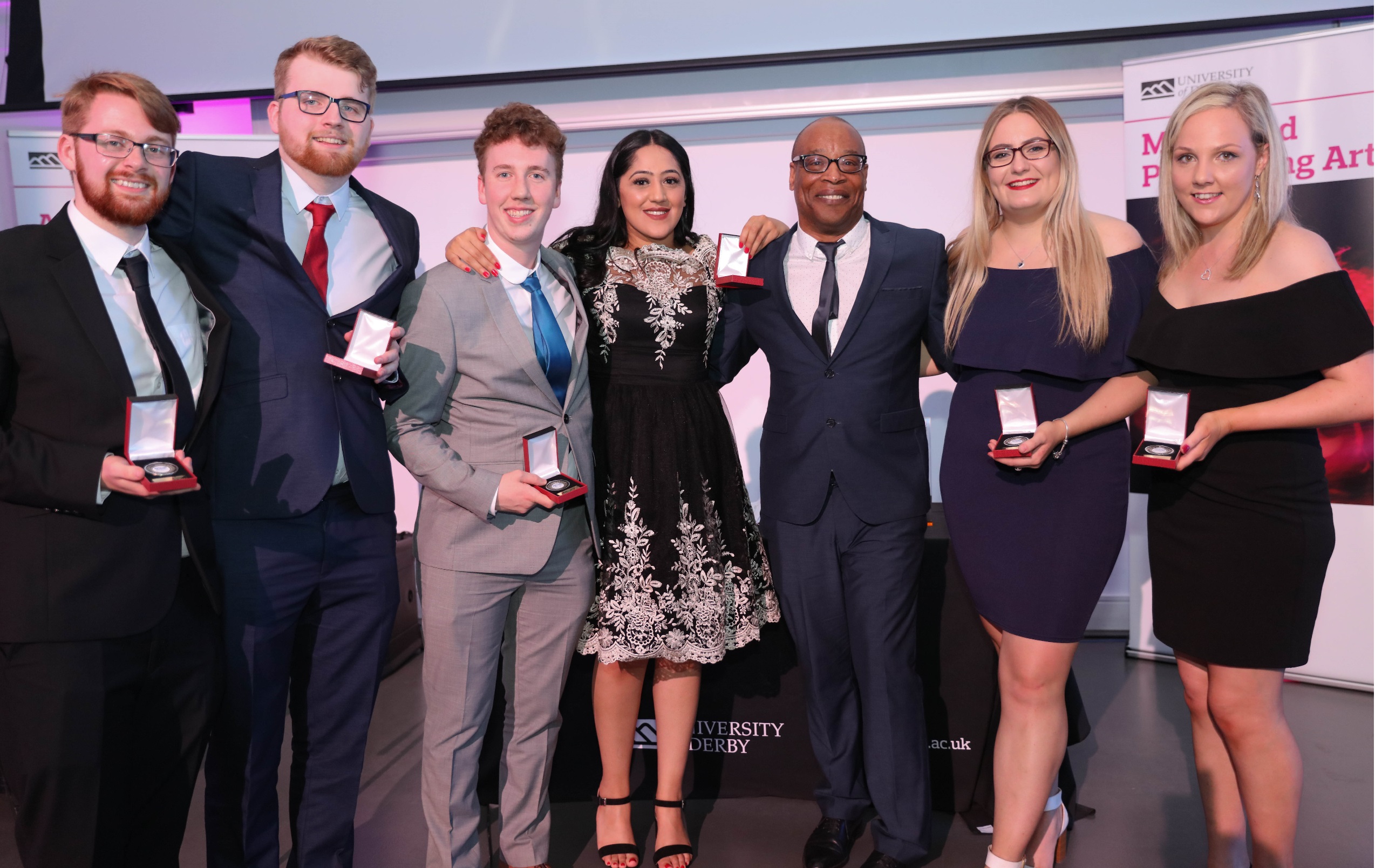 Film festival screenings and even a move to LA could be on the cards for our award-winning Film and Media Production students after three University of Derby films won four awards at the Royal Television Society (RTS) Midlands Student Awards.

Jack Barrie (BA Film Production) has big plans after Meatball, the comedy horror film he wrote and directed, won two awards at the RTS event. He could be moving to La La Land.

He explains: “I’ve been accepted onto a master’s at Loyola Marymount University in Los Angeles. But, if that dream doesn’t come to fruition then Cal Brown, Meatball’s producer, and I plan to set up a production company.”

Jack’s film features an amusing character known as ‘Meatball’ who meets Ivana, a mysterious woman who feasts on the flesh of men.

For Jack, finding the right team was key to his success. “Casting was crucial, and we had a great number of submissions for Meatball. We had a phenomenal crew that we handpicked from our course, which ultimately led to the film being as successful as it was. Our lecturer, Nick Whitfield, was crucial to the shaping of the story and solidifying the character arc.

“We owe a lot to the University of Derby due to the fantastic equipment we were able use, which gave the film its professional look.”

Meatball won the RTS Comedy & Entertainment Award and the Sir Lenny Henry Award. Jack says: “I felt so grateful that Meatball’s audience, including Sir Lenny Henry, understood what we wanted to do with the piece and that the laughs landed.”

A chance meeting on Joshua Timmins’ first day of University was the inspiration behind his film, Swans Signature. Joshua explains: “I was walking along a terraced street when I happened to glance into one of the windows. It was there that I first saw John painting in his front room. The front door was open, I knocked, walked in, and asked if he’d be interested in making a film about art. It wasn’t until then that I realised he was profoundly deaf. John offered me a cup of tea and we started planning out our first film ‘Butterfly Cry'.

“Whenever we film it's just me, John and a camera – it’s intimate and personal. I just tell him to paint, he cracks on with it and I record him, which creates a natural and raw environment.”

Swans Signature is a documentary about artist John who regained his hearing after 18 years of being profoundly deaf. Hearing again has not only opened up his world, but also heavily influenced his style of painting. It won the award for Craft Skills – Camera.

Joshua and John are now in the process of making their third film about where John is in his life at the moment.

Joshua’s success will no doubt set him on the right path for a bright future. He doesn’t have firm plans for when he completes his BA Film Production but says: “I've recently got into surf cinematography which is super fun and rewarding and that's what I'm most passionate about at the moment.”

Sabrina Bal and Kristen Jennings (BA Media Production) are hoping that their winning film, Writer’s Block, will feature in film festivals this year and are looking for further recognition and feedback.

Writer’s Block is a psychological thriller about a writer attempting to complete a novel while suffering from writer's block. Throughout her journey, some unwanted guests make an appearance, making it harder for her to reach her end goal.

Sabrina, producer and editor for Writer’s Block, says: “I enjoyed every step of the way because I had the positivity and support of my team. Our lecturers encouraged us, advised us and filled us with confidence when we needed it the most.”

Kristen Jennings adapted Writer’s Block for screenplay, and describes the process of making the film as “some of the best months of my uni life.” She says: “We all worked so well together and the support we gathered from the University was beyond expectations.”

Writer’s Block won the award for Drama. “Winning the award was surreal,” says Sabrina. “When you've put your heart and soul into something, to receive recognition for it was beyond words. It's an amazing feeling to know that all the hard work you did has paid off.”

We are extremely proud of our students’ achievements. Chas Andrews-Roberts, Head of Discipline for Media and Arts said: “The work they have produced for these awards is testimony to their dedication and their passion for the subjects.” 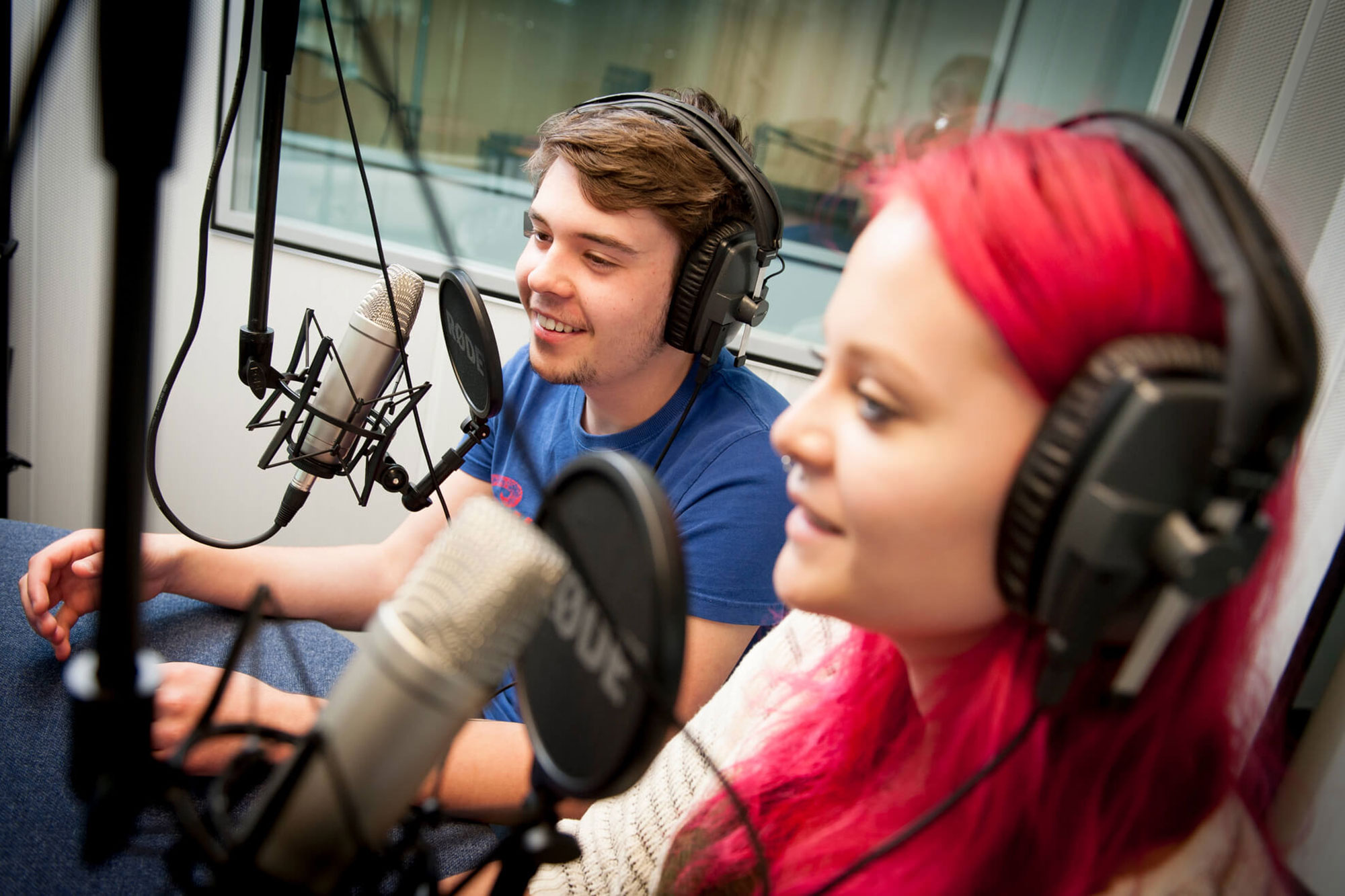 Kickstart your career in film and media

Want to gain the skills to succeed in the fast-paced and ever-changing film and media industry?