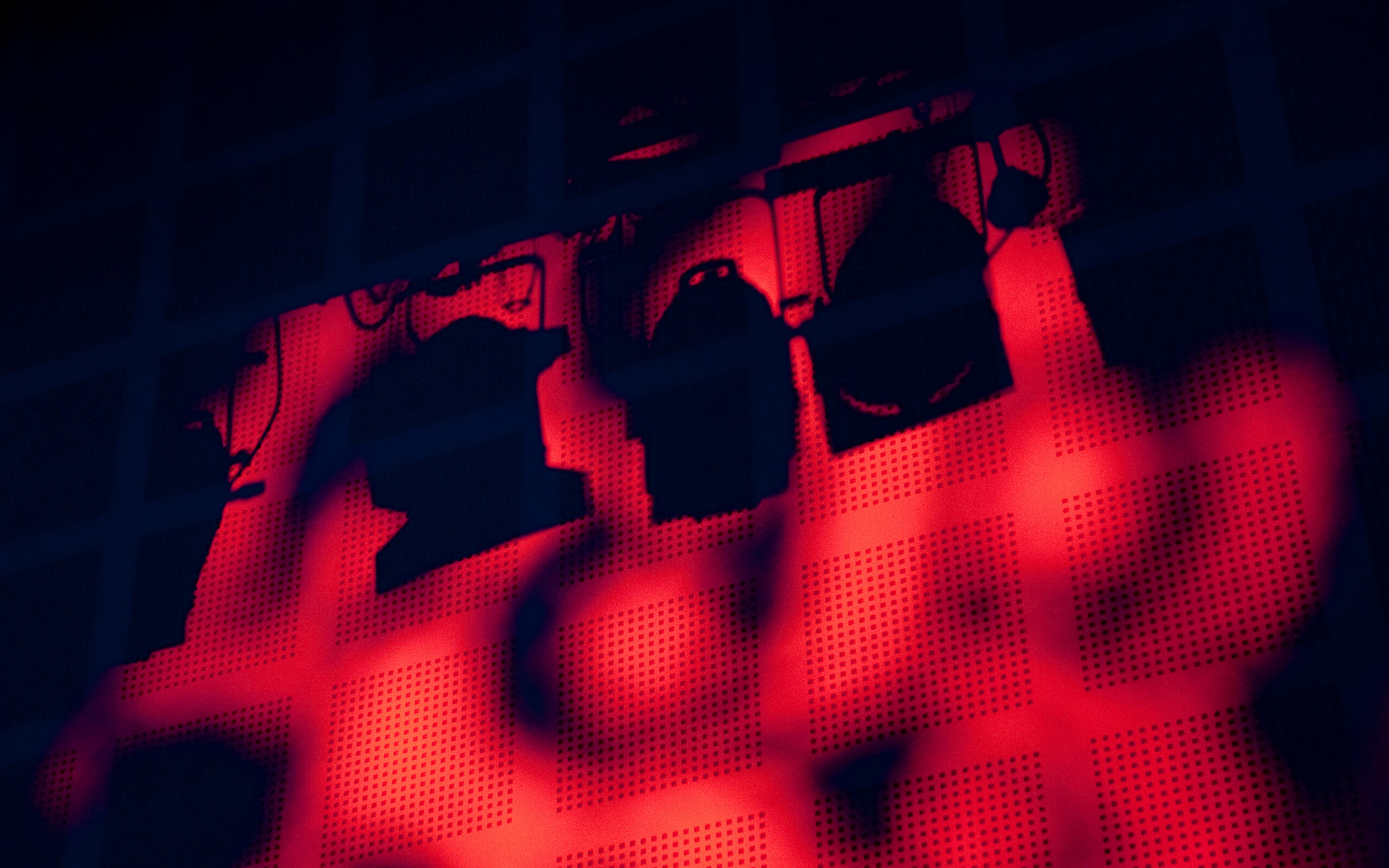 How Sam
became a
lighting innovator

Sam Bowden is an award winner. Our BSc (Hons) Sound, Light and Live Event Technology graduate is UK Operations and European Product Manager at entertainment technology group Chauvet. And, in 2021, he walked away with a PLASA Innovation Award for a near-silent moving-head LED lamp.

Chauvet is an innovator, developer and manufacturer of lighting and control systems used in all areas of entertainment, from concerts and theatres to cruise ships and television. And the company understands the quality of Derby's BSc (Hons) Sound, Light and Live Event Technology (SLLET) graduates.

Sam first joined the company in 2010 as a Bench Technician. He'd seen the job advertised by chance and quite late into the process. However, his credentials stood out to his employers. He says: “Upon seeing my CV and my qualification from Derby along with my working experience prior to uni, the application phase was extended. And, within two days of sending my CV, I had been offered the job.

“If the objective of going to uni is to set yourself up for good vocational employment at the end of it, I don’t think I can say much more than that!”

Sam credits the SLLET course for opening doors for not just himself. He says: “One of the biggest testaments I can give to this course is how many people who have attended it have gone on to work in the wider industry at all levels. I have friends who went off to tour, friends who became Lighting Designers, friends who became Production Managers, and others who started their own businesses in rental, production, audio-visual commissioning.

“In Chauvet alone, over the years, we have at one point or another hired around ten staff from SLLET with several more used on a temporary basis. The course has incredible conversion rate of turning students into professionals.”

Sam and the Chauvet team won the PLASA (Professional Lighting and Sound Association) Innovation Award for the Maverick Silens 2 Profile. He explains: “The innovation awards at PLASA are not easy to win. They are awarded by a panel of around 20 judges and scrutiny is high. To walk away with this award felt like true recognition from our industry of everything we have been trying to do over the last few years.

“The research and development aspect of producing this unit took many months tweaking backwards and forwards between Europe and the US to get the features exactly as we wanted them and gain market feedback. This product was a big step forward for Chauvet and showed exactly what we are capable of as a team.”

“I looked at courses at other universities but, in the end, there were two things that really appealed to me about Derby.

“The first being that this was a rounded course and covered the disciplines of lighting, sound and other technical aspects. The second was that this course was a BSc and not a BA. I felt, as a technical person going into a technical industry, it was important that I understood things from an engineering and scientific standpoint.”

It’s been a tough time for the entertainment industry due to the pandemic. But Sam has used his spare time to support others in his field of work. “I enjoy being in a position now where I can help to give back to the industry and support my peers. I have recently completed a 100-mile walk from Stratford Upon Avon to The National Theatre on Southbank in London to raise money for those affected by the pandemic in our industry over the last 18-plus months. I think it’s incredibly important that we as an industry help to support and guide each other.”

And his plans for the future involve more of the same. “The journey has been incredible and I want to keep seeing where we can take it next. I also love developing our staff and systems within the company and the fact we can now give back to the wider community offering training courses and visiting colleges and universities to educate on new technologies, so for me I just want to keep pushing forwards.”

The best way to find out if studying our BSc (Hons) Sound, Light and Live Event Technology is right for you is to experience an Open Day. Get a feel for the city and campus, tour our first-class facilities and see where you could be living.