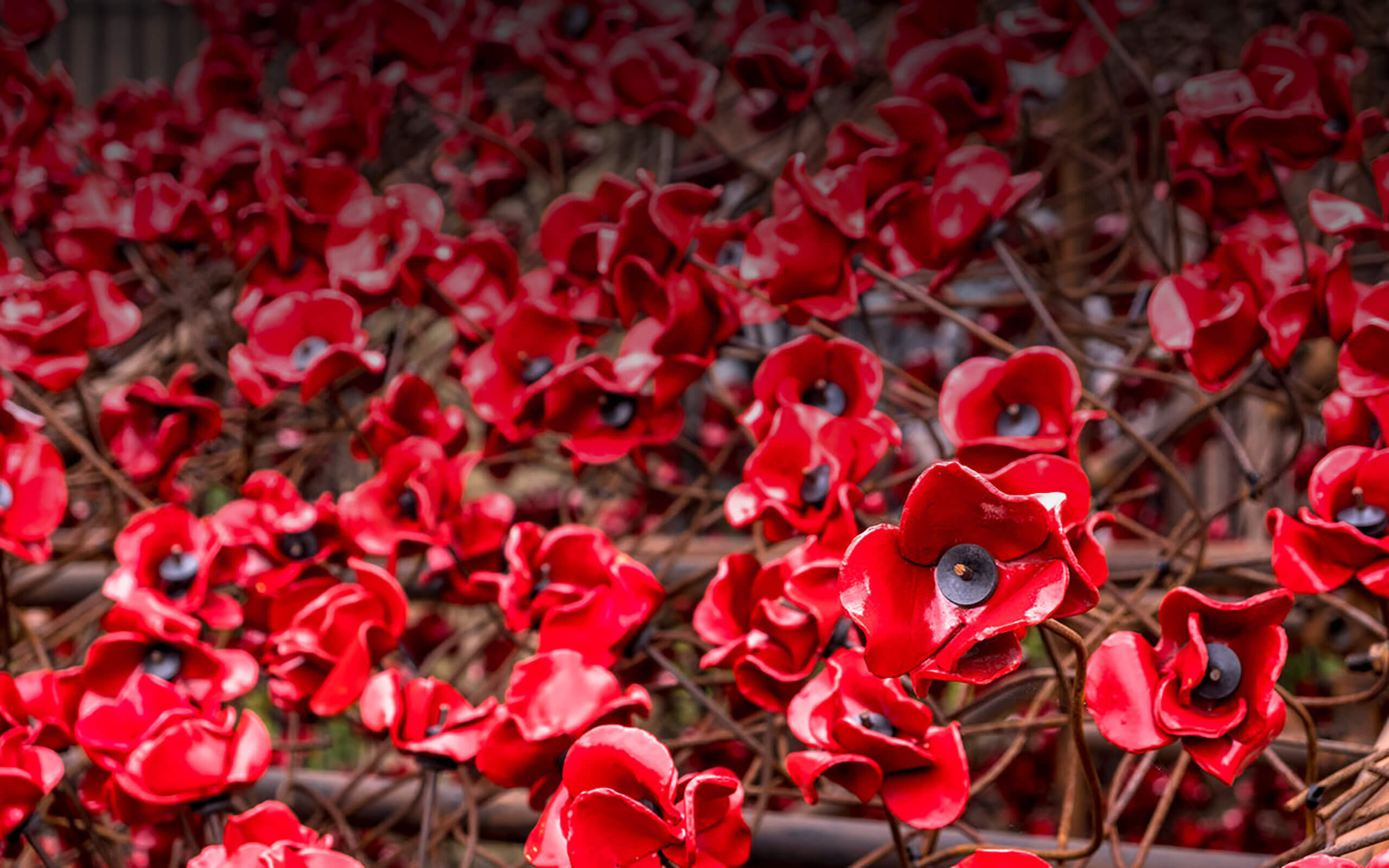 The display of 888,246 ceramic poppies at the Tower of London was probably the most iconic image from the anniversary events marking the 2014 centenary of the start of the First World War. The installation - Blood Swept Lands and Seas of Red - was created by our Arts graduate Paul Cummins.

The final 888,246th ceramic poppy in Blood Swept Lands and Seas of Red was installed at the Tower of London on Armistice Day - Tuesday 11 November 2014. Paul's installation was designed to look like a sea of red and was inspired by a line from the will of a Derbyshire serviceman who died on the battlefield in Flanders.

Paul's work was chosen as the country's lead project to mark the centenary of the start of the First World War, with each poppy intended to represent one British or Colonial serviceman killed in the war. It resonated across the globe.

He says: "I thought the country would take the project to their hearts but not the whole world. It was quite amazing."

After being displayed at the Tower of London, sections of Paul's poppies toured the UK, visiting Derby in 2017, before being installed at the Imperial War Museum in London in time for Armistice Day 2018 - the centenary of the end of the First World War.

Paul graduated in 2010 from our BA (Hons) Craft degree - now BA (Hons) Fine Art. He then set up his own business, Paul Cummins Ceramics, based on Pride Park in Derby. He soon became known for his distinctive landscape installations featuring flower glazes.

In January 2015, Paul received two honours. He was awarded an MBE in the 2015 New Year Honours "for services to art and First World War commemorations" and we awarded him an Honorary Masters of Arts degree in recognition of his contribution to the arts. So he is now Paul Cummins MBE, MA (Hon) Fine Art.

From models to poppies

Paul came to the University of Derby as an architectural model maker who was looking to change his career. But why choose Derby?

"Simple - it was the best in the country at the time. It helped pushed me and became my catalyst for change. And I really enjoyed it – it was well balanced and fun too!" says Paul.

"The course covered a wide range of areas from ceramics to jewellery-making and it confirmed what I wanted to do for the rest of my life. It was very practical and I could understand how I could gain real employment opportunities from it."

Paul says our academics on his course helped him create the building blocks for his career. He adds: "As the lecturers were practitioners, they were able to share their ‘real world’ experience of how to make a living from the course. In particular, Jeremy James and Josie Walters were very hands-on and made the classes easy to participate in."

He suffers from colour associated dyslexia and our Student Support team were able to give him extra support when he needed it, such as managing workloads and written assignments.

Paul is currently studying for his PhD at Derby and developing his working relationship with us.