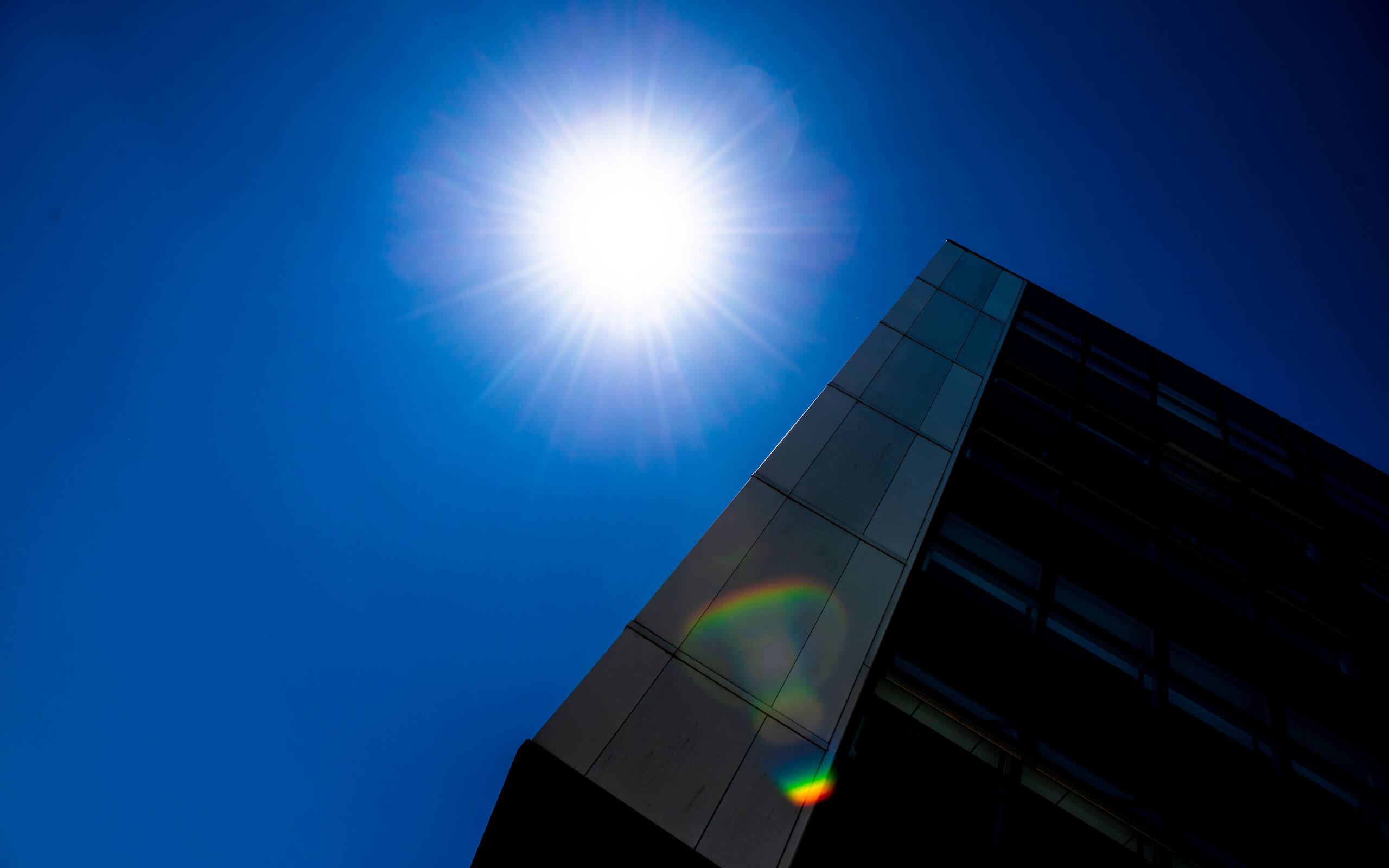 The award-winning student who redesigned our University

When graduate Ryan Wheeler steps through the doors at Kedleston Road he feels real pride in his achievements. Because he helped redesign our main entrance while on a year’s work placement with our Estates department. He has since secured a permanent role at the University as an Assistant Project Manager.

Ryan – a graduate on our Architectural Technology and Practice BSc course – was due to work as a CAD (computer-aided design) and Space Planning Technician during his placement.

But he brought skills and benefits the Estates team was not expecting and he ended up working at a higher level and project managed schemes to redesign and rebuild parts of the University – including the main entrance.

“I can confidently say that I have delivered over £200,000 worth of works for the University,” says Ryan. “I’ve learnt new skills, faced fresh challenges and worked on designs and schemes for the University’s main entrance, computer labs, office spaces and student halls – allowing me to see the results of my concepts.”

Dan Illsley, Ryan’s placement line manager, adds: “Ryan used Photoshop to render some outline designs and give us an edge in design development and visualisation. Alongside his strong CAD skills, he has excelled at the ‘day-job’ to the extent that he has undertaken the delivery of two refurbishment projects, as well as assisting other project managers with countless others.”

Since graduating, Ryan has secured himself a full-time permanent position at the University's Estates Department and has gone on to work on numerous projects. During the pandemic, he was instrumental in producing nearly 1,000 drawings showing variations of layouts for social distancing and has volunteered to be the departmental representative on the University Disability Awareness & Wellbeing Network. As well as becoming a Change Champion addressing cultural issues within the Department, he has worked with AccessAble to undertake a programme of minor works to address issues raised in accessibility audits.

Alongside this, Ryan has delivered numerous minor projects, often taking the initiative and bringing schemes forward for consideration. He has built up a strong rapport with the Union of Students, which culminated in his project managing the design, procurement and refurbishment of Basecamp, the Union's coffee shop and flexible work space at Kedleston Road that is instrumental in the response to future ways of working and the demand for social learning space.

Ryan's hard work has been recognised as he has won an AUDE Award for 'Emerging Talent'. The AUDE Awards acknowledge the fantastic estates and facilities teams of universities, and their projects, that contribute so significantly to the success of institutions, year-round.

Speaking about his award, Ryan said: "I'm so pleased to have won the award and bring it back to Derby as it reflects everything the team and the University have done for me so far. It's great to have been able to share the moment with those who have been pivotal in both my professional and personal development."

For Ryan, it was the balance of skills he gained from his course that allowed him to absorb knowledge from his team while also being able to offer new innovative ways to deliver schemes within his work place. He says:

“It was these skills, attitude and professionalism that my course bestowed upon me that allowed me to thrive within my role, and to work over and above expectations to set myself up for a promising future.”

Where it all started

It was Ryan’s passion for design and his aspiration to work in the construction industry that led him to choose to study Architectural Technology.

After two years of studying the degree, Ryan has become part of a community of students and lecturers with a passion for the subject. He says:

“For me the greatest pleasure of architecture is witnessing the end product, a collection of all the background work that goes into creating one final balance of form and function.”

Set up for industry

Ryan says “the supportive nature of colleagues” who mentored him was vital to the success of his own placement, which gave him the chance to improve the University and enhance the teaching experience for fellow students.

Dan adds: “I, like many others, will watch Ryan’s development with great interest. He is sure to succeed if he continues to show the same aptitude to his final-year of study as he has demonstrated in our team.”

Due to the success of Ryan’s placement year, the Estates department has since created a permanent placement post for all Built Environment students. 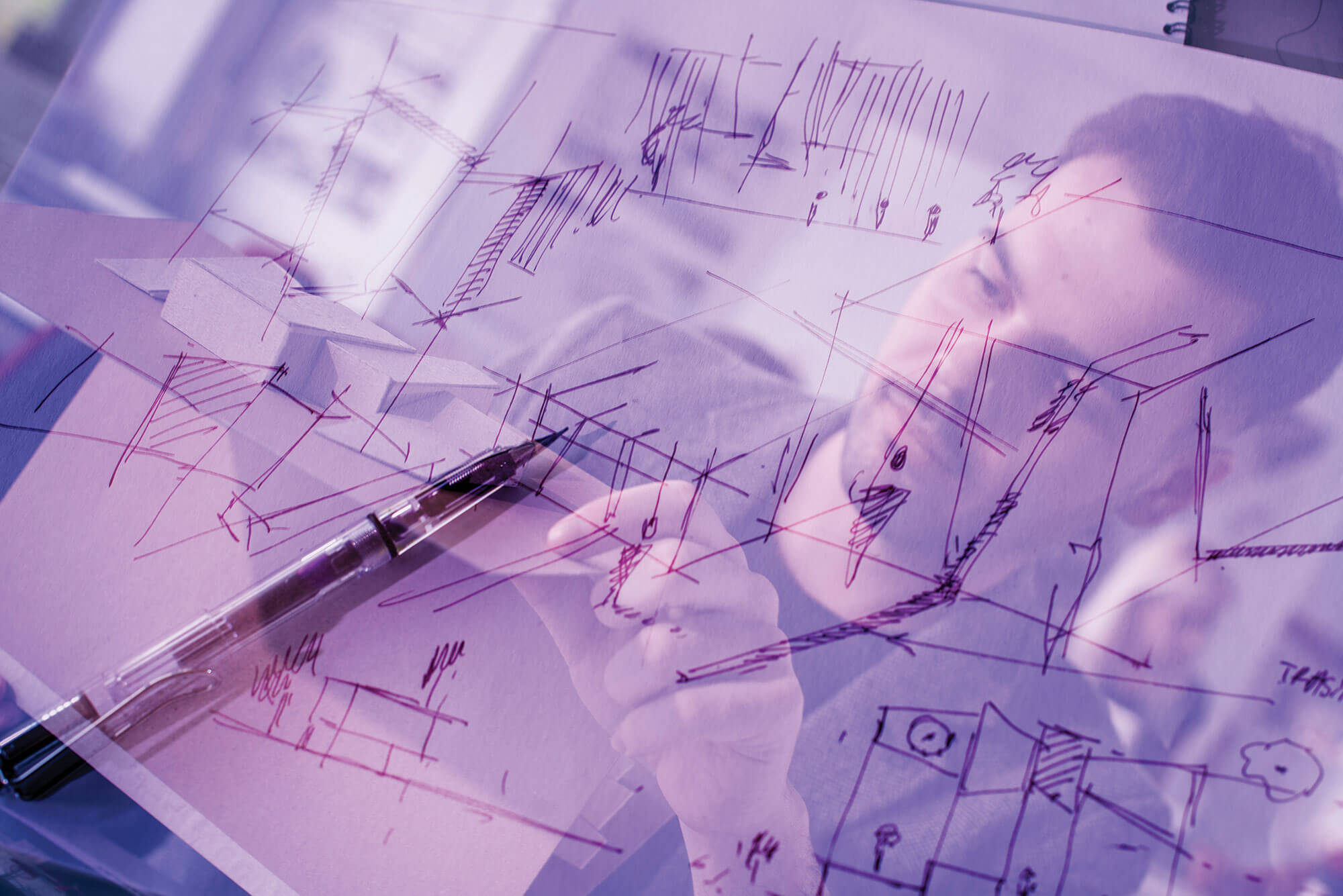 Opening the door to design

Our undergraduate Architecture, Architectural Technologies and Design courses are highly creative with great links to industry and mean you will build your career on solid foundations at Derby.