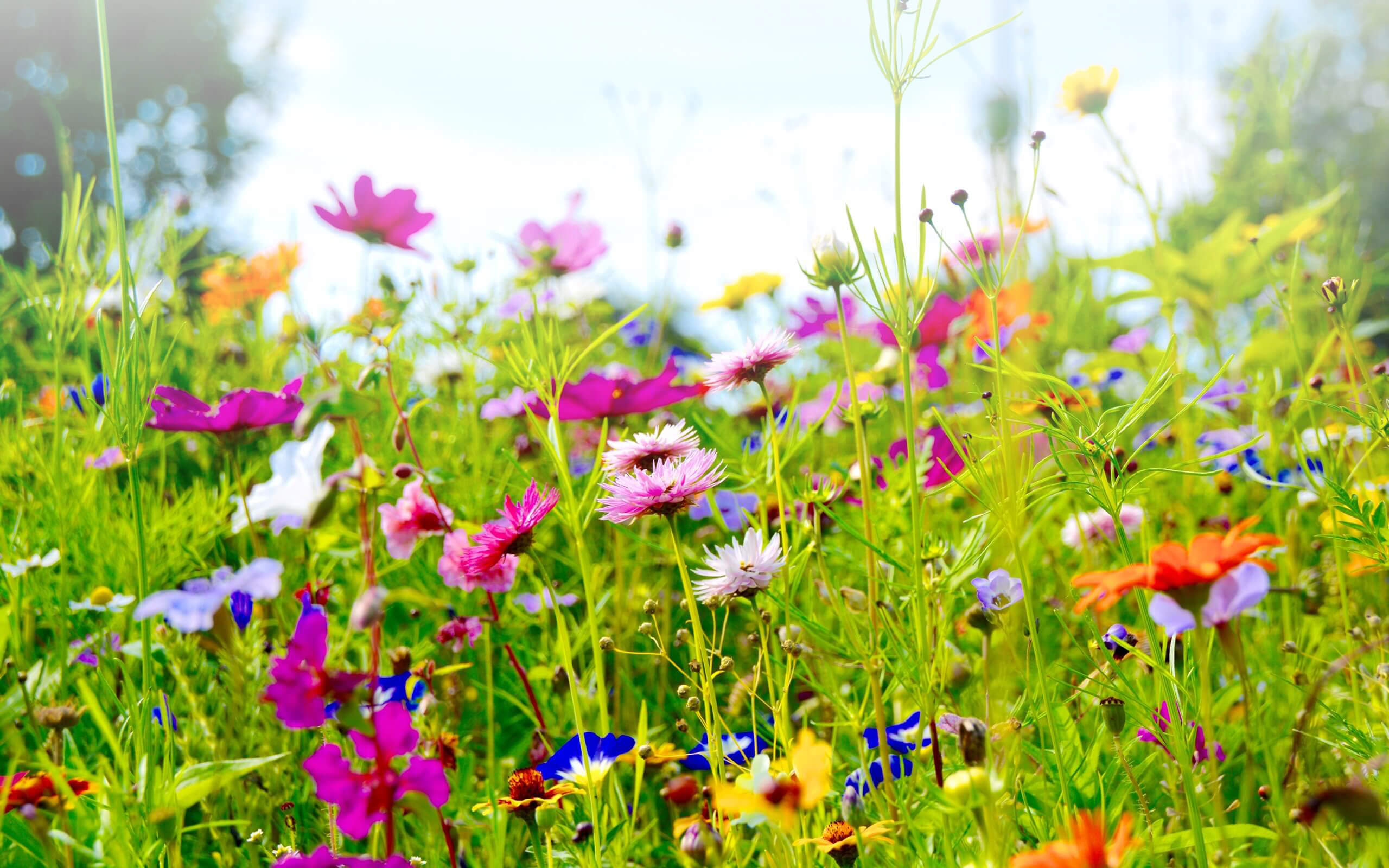 Call of the wild

The former golf course at Allestree Park could soon be the site of an ambitious rewilding project. But what is rewilding and how would it work at Allestree?

Those of us who know and love Derby are already aware of the power of its green spaces. Whether you’re walking the dog or wearing out the kids, taking on a Parkrun or relaxing with a picnic, we’re lucky to have a wealth of parks and open spaces where we can relax and get close to nature.

Derby has a long history of providing parks and green spaces for its residents. The Arboretum was the UK’s first public park and inspired parks and open spaces across the world.

Just to the north of the city centre is Allestree Park, where the hills start to gently roll and views open up across the beautiful Derwent Valley. At 130 hectares (321 acres), it’s a huge space and provides a peaceful green oasis. There’s a lake where you can see various birds, including swans, tufted ducks, coots and moorhens, woods that are a carpet of bluebells during the spring, and plenty of options for a walk to blow away the cobwebs whatever the time of year.

Recently the park has also been the subject of a public consultation on plans to rewild it. Derby City Council is working in partnership with the University of Derby and Derbyshire Wildlife Trust to pull together recommendations.

These plans could result in the largest urban rewilding project in the UK, with the potential to be as impactful as the Arboretum was in the 19th century. Paul Simpson, Chief Executive of Derby City Council is excited about the prospect: “Derby is the first city in the UK to take on a rewilding project in a public park,” he explains. “Rewilding isn’t a new concept, but it is a new way of managing a public park.”

Richard Bunting, spokesperson for Rewilding Britain, is keen to see how plans will develop: “We know that our population is becoming more urbanised,” he says. “People are increasingly losing contact with the natural world. Rewilding accessible sites like Allestree within city boundaries can help local residents re-establish their contact with nature and increase understanding and respect for our natural environment. There are already some excellent woodland areas at Allestree, but there is exciting potential for large wildflower-rich grassland areas mixed with naturally regenerating scrub. It won’t be long before these areas are ringing with warbler song, and sizzling with grasshoppers and crickets.” 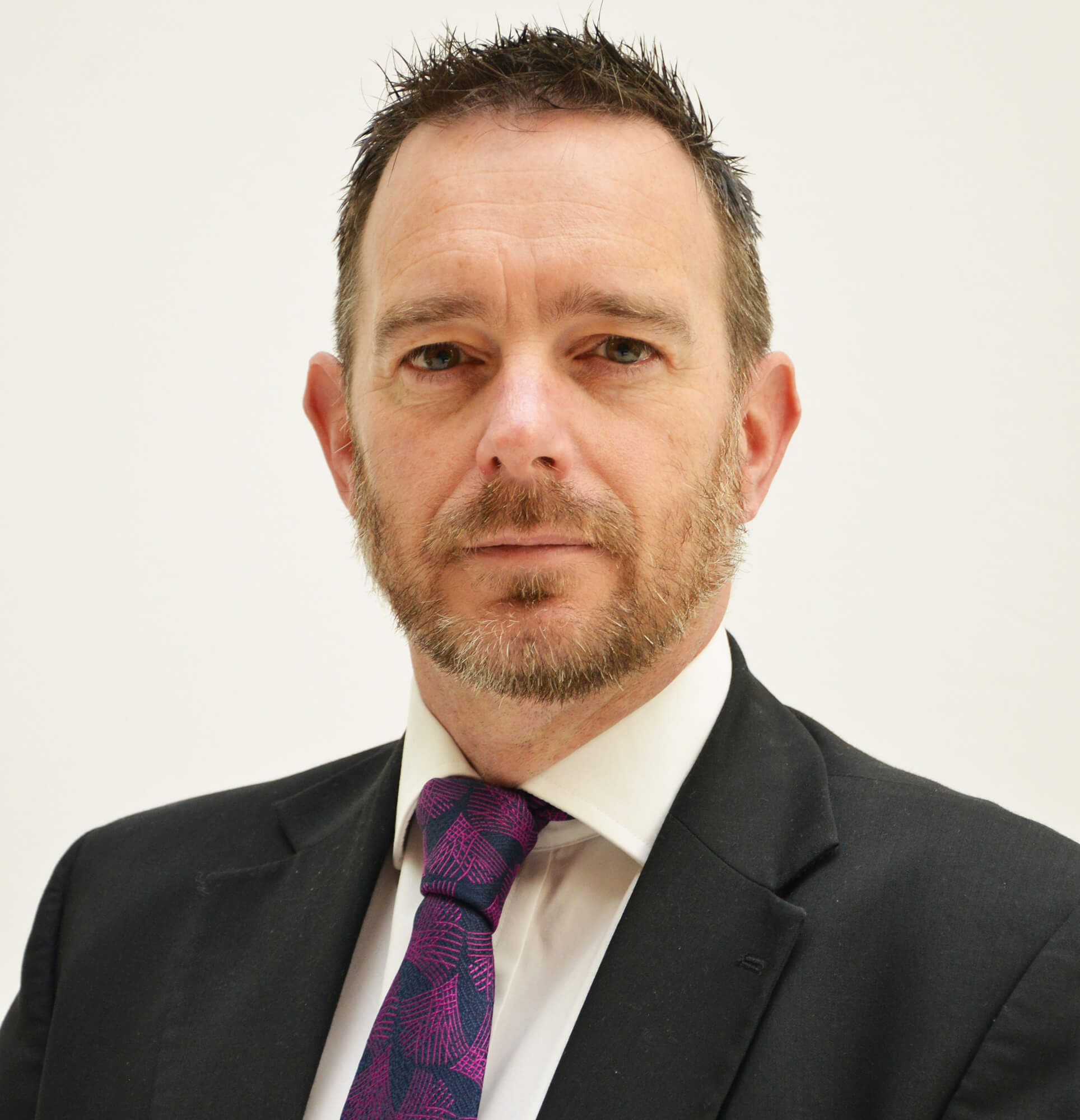 What we do will be guided by the results of our consultation, and we're looking forward to coming up with a scheme that will balance the needs of nature with how people want to enjoy the park.

You might think rewilding is simply leaving nature to do its thing. And it can be, given the right circumstances. But in many cases nature needs a helping hand – expert management in a way that eventually enables it to take care of itself and thrive. Ways in which that might happen include:

One of the major benefits of rewilding is the role it plays in climate change. Professor Paul Lynch, Chair of the University Professorial Council and Head of Research Governance, is also Chair of Derbyshire Wildlife Trust. He explains: “Rewilding means we have more trees and vegetation – or biomass. Allowing trees to grow to maturity and leaving dead wood to decay helps keep the carbon in the biomass. A wider diversity of plant life encourages a greater number and diversity of animals, birds and invertebrates. The soil will be healthier, containing more organic matter. That in turn helps it to store carbon.”

Carbon storage is a key factor in tackling climate change as it reduces the amount of carbon in the atmosphere, which in turn starts to limit the amount of the greenhouse gas carbon dioxide.

Professor Lynch emphasises that there are more immediate, tangible benefits to rewilding projects too. “There’s lots of evidence now to show that even a relatively brief contact with nature improves our health and wellbeing. The University’s Nature Connectedness Research Group, led by Professor Miles Richardson, was the first to focus on this. Trying to create an environment at Allestree Park where more people can enjoy the surroundings would potentially help a wider population of the city.”

That, though, will be the challenge – encouraging and supporting more communities to enjoy the park while encouraging nature to flourish, as you would expect an urban project like this to have a higher footfall than a completely rural area. 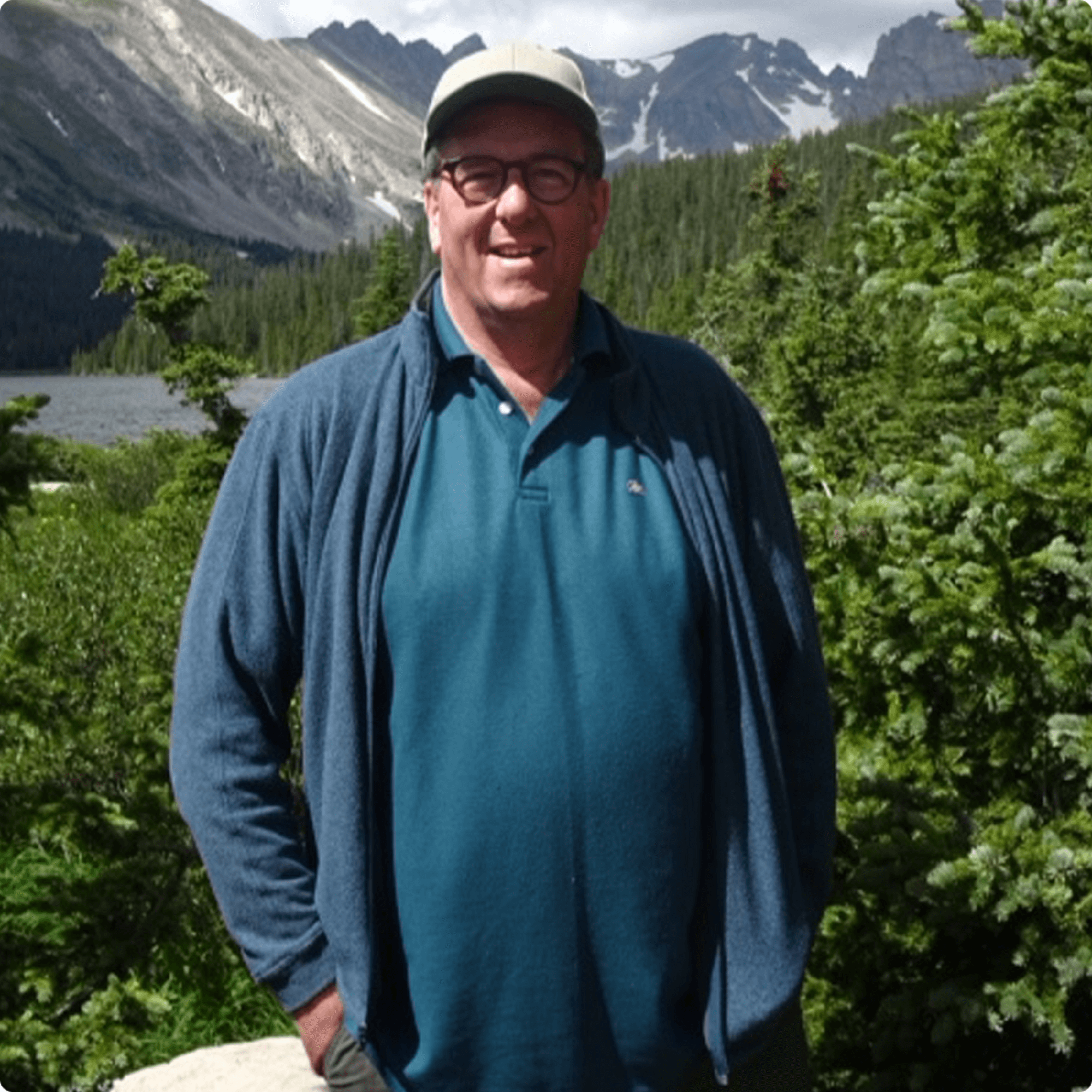 Even a relatively brief contact with nature improves our health and wellbeing. Trying to create an environment at Allestree Park where more people can enjoy the surroundings would potentially help a wider population of the city.

According to Lisa Witham, Head of Wilder Communities at Derbyshire Wildlife Trust, the main focus of the rewilding project is the former golf course, which closed in 2020. “Two thirds of the park is already a Local Nature Reserve with important habitats including wildflower meadows and mature woodlands. Obviously we’re considering the whole landscape but the focus will be on the golf course.”

As part of the public consultation, the community was asked to contribute ideas, posted to the City Council’s website. More than 400 people contributed their thoughts, ranging from leaving the park as it is, to suggestions around community orchards, mountain bike trails and using the park for ecotherapy. There was an interesting split in opinion on whether the car parks should be extended or reduced. And among the voices were several calls for the golf course to be reinstated.

The public consultation closed in April, and at the time of writing no definite plans had been announced for Allestree Park.

Paul Simpson is eager to explore the possibilities: “We could look at encouraging wildflower meadows, re-introducing more native tree species, and introducing wildlife species such as the dung beetle or the water vole. What we do will be guided by the results of our consultation, and we’re looking forward to coming up with a scheme that will balance the needs of nature with how people want to enjoy the park.”

Reintroducing wildlife species is one aspect of rewilding, a way to recreate habitats and restore the natural balance of a landscape.

To the south of the city, Derbyshire Wildlife Trust has led a project to bring back beavers at Willington Wetlands Nature Reserve. “Beavers are nature’s engineers,” says Professor Lynch. “They change the flow of water through an environment. By slowing it down, by spreading the water out, they reduce flood risk. And they’re creating wetland areas, marginal areas, different habitats which we’ve lost because of changes to agriculture and urbanisation.”

Beavers were hunted to extinction over 400 years ago for their fur, meat and the oil in their scent glands which was used in perfume and medicine. Reintroductions have taken place in different parts of the country, and in autumn 2021 four beavers were released in two stages, into a 40 hectare (99 acre) area at Willington, contained within beaver-proof fencing. Derbyshire Wildlife Trust says: “We want to show people how great beavers are for wildlife, habitats and us humans as well. Our dream is that soon beavers will be allowed to live wild across the country, as they are in most of Europe, and we won’t need to fence them in.”

Doing our bit for nature

Co ordinated rewilding and species reintroductions require expertise and capacity. But closer to home there is plenty we can all do to ensure we’re helping our local patch to be that little bit wilder – with the associated benefits for all of us.

Here at the University, we have a Biodiversity Plan and visitors to our sites can see evidence of what we’re doing. These include:

Staff and students have also joined forces to create a hedgehog-friendly campus. Frida Bäckström, a BSc Zoology student, is part of the project. She explains why hedgehogs are so important: “They’re widely known to be good for gardens as they eat pests such as insects and slugs. But they’re also an important indicator species because of the food they eat – if hedgehog numbers are declining it could point to a reduction in soil invertebrates which would impact on the quality of the environment.”

Sadly, this important animal is now considered at risk of extinction in the UK. “Between 2000 and 2018 we lost half of all hedgehogs in rural areas and a third of the urban population,” says Frida. “If that continues, the UK won’t have any rural hedgehogs left by 2036.”

Funded by the Hedgehog Preservation Society, the national hedgehog-friendly campus scheme offers support to universities, colleges and schools. This has enabled the Derby group to build a ramp to help hedgehogs climb out of the Kedleston Road pond; create log piles to provide shelter and increase invertebrate numbers, a vital hedgehog food supply, and carry out hedgehog surveys. “The first year we didn’t see any signs of hedgehogs,” says Frida. “But we think we found prints in 2021, which hopefully implies that what we’re doing is helping.” 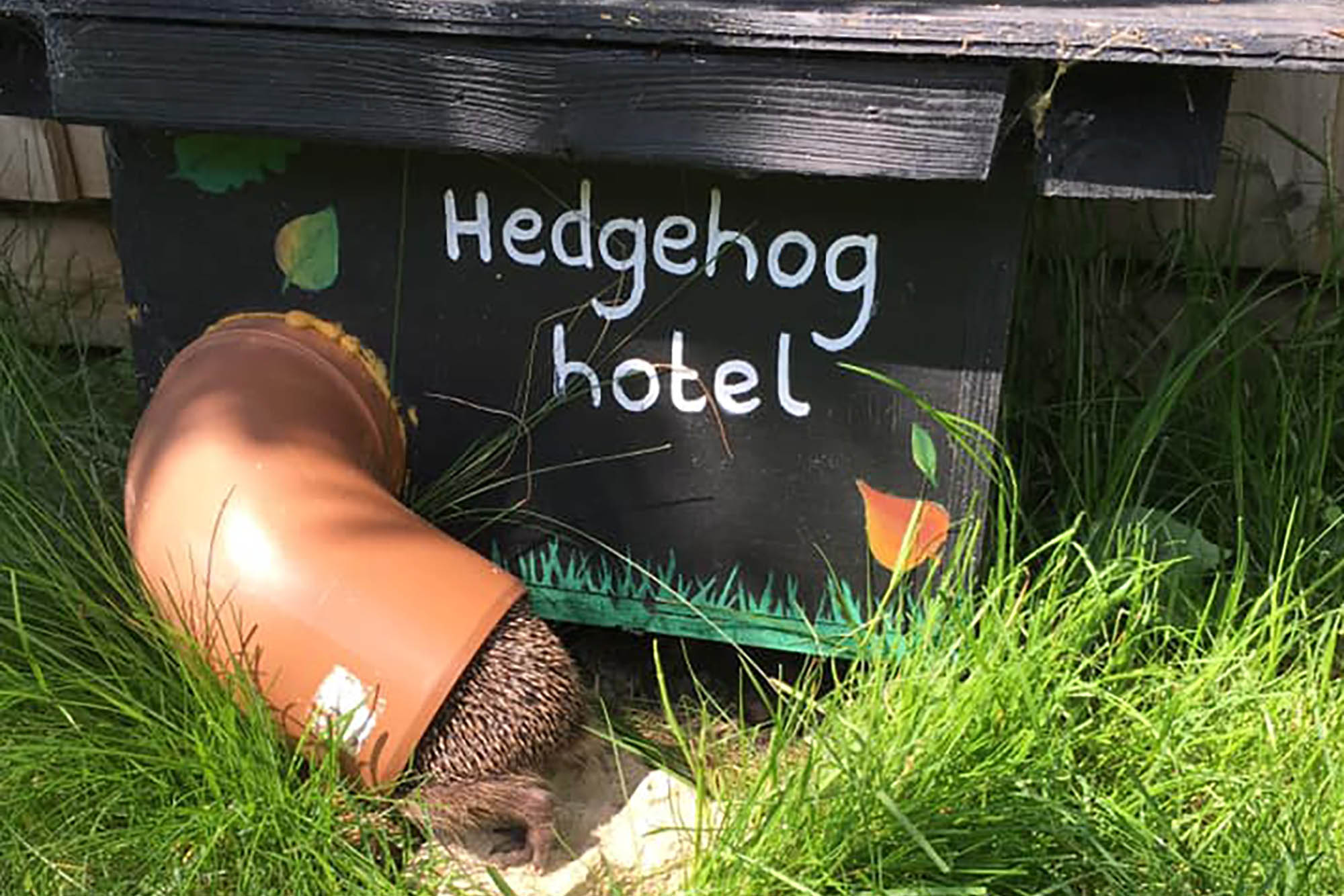 Staff and students are working together to help hedgehogs on our campus.

How you can help wildlife

Richard Winter, the University’s Environment and Sustainability Manager, says that it’s easy to adapt some of those projects to a smaller scale in our own lives. He recommends the following for inspiration:

No Mow May – a Plantlife initiative that asks people to not mow their lawns during May: “Cutting grass short may make it look like a cricket pitch,” says Richard, “But it’s fundamentally like a barren desert for wildlife.”

And Frida has a few tips for helping hedgehogs:

You can keep up to date on the progress of the Allestree Park rewilding proposals at letstalk.derby.gov.uk/allestree-rewilding.