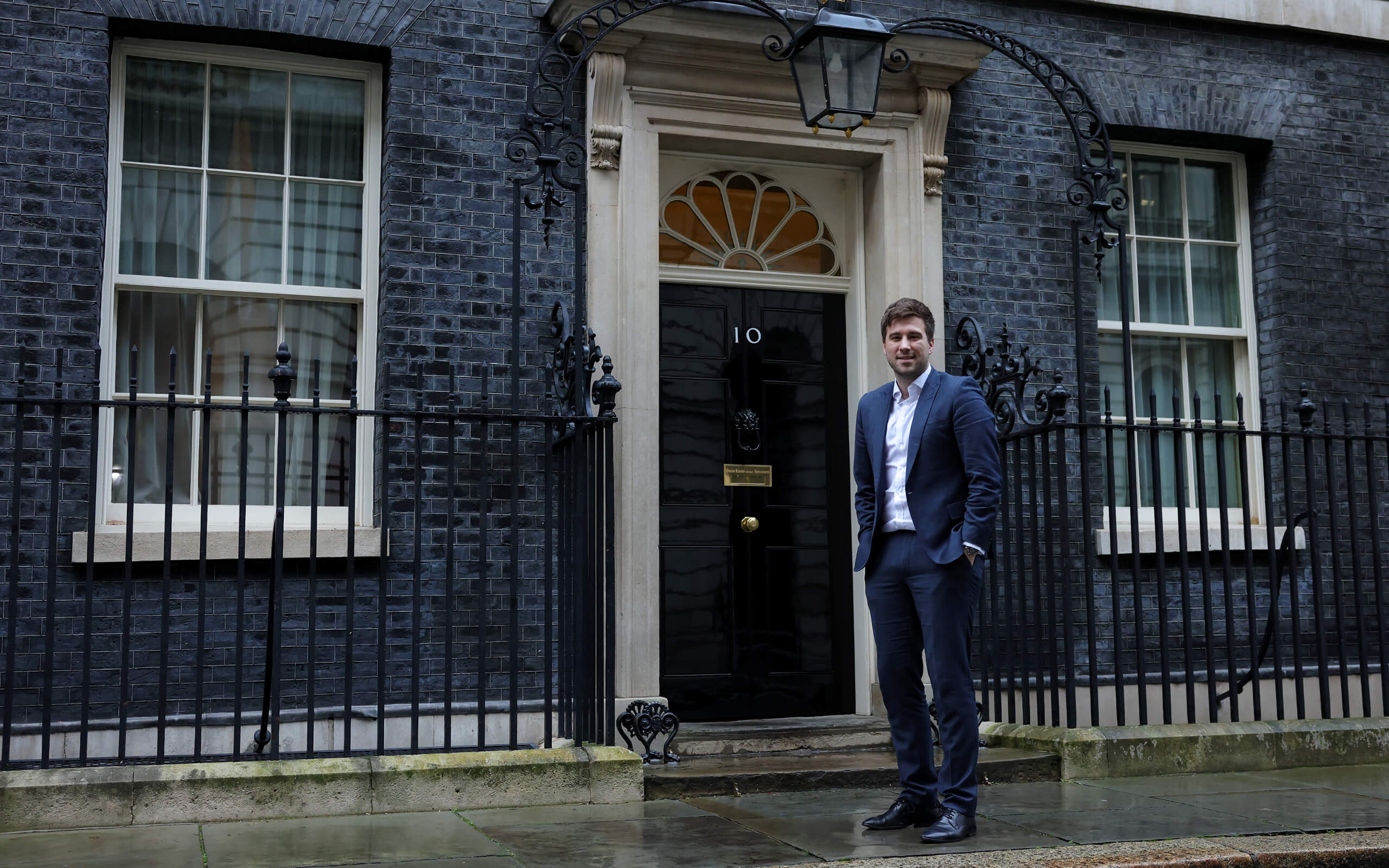 From Derby to Downing Street

Rob James talks to University of Derby graduate Shaun Jepson, who has moved through a career in journalism and PR to now regularly facing the media on behalf of the Prime Minister.

Dealing with the media can be a nerve-wracking experience, but when you are answering questions from dozens of journalists on behalf of the Prime Minister the stakes are about as high as they can get.

Despite the sleepless night it gave him at first, University of Derby alumnus Shaun Jepson regards taking the role of Deputy Head of News at 10 Downing Street as the best decision he has made during a varied career in journalism and communications.

Becoming a journalist was Shaun’s ambition from a young age, and despite being offered a place on a highly regarded course at another university, Derby won him over during an open day visit.

“I really enjoyed the feel of the city. I felt really comfortable as I walked around the Atrium and it just felt homely,“ he recalled.

“As a young, fresh-faced 18-year-old, that was really important to me. It felt like I was in a place that was open, friendly and welcoming.”

Not only was it a friendly place to be,  his frequent conversations with lecturer Colin Dyter, who he remains in touch with, helped Shaun to plan the route to his future career.

“I spent a lot of time tapping into Colin’s professional experience and expertise. I probably annoyed him more than most just by asking about when you get into the industry how things work, how do you get ahead, what are the things you need to be doing,” said Shaun.

“Some of the advice he gave me in those very early days was invaluable and I think, without a shadow of a doubt, helped me to land my first job in journalism because I went to the interview feeling really prepared.”

That first job was the Derby Telegraph newspaper, where he would spend four-and-a-half years, largely as the paper’s crime correspondent, a highlight of which was jumping on a plane to Switzerland and tracking down a fugitive sex offender from Derbyshire.

His stint at the Telegraph was followed by a move to the Royal Navy in Portsmouth to work as a press adviser.

It was a role that took him to Afghanistan, which he describes as “scary and exciting”, and the USA, but his next long-term stop was Wolverhampton and a move back to crime reporting.

Within a further three years, he took his first role in government communications at the Ministry of Justice, where he progressed to the role of Chief Press Officer for Prisons, dealing with everything from escapes to riots.

From Justice, Shaun moved to Defence, leading a team looking after strategic communications for UK military operations and activity around the world. But he already had his sights set on where he wanted to end up.

“The minute I got into government, I always knew at some point I would want to work at Number 10, because why wouldn’t anyone want to be right at the very heart of where absolutely everything happens?” he said. 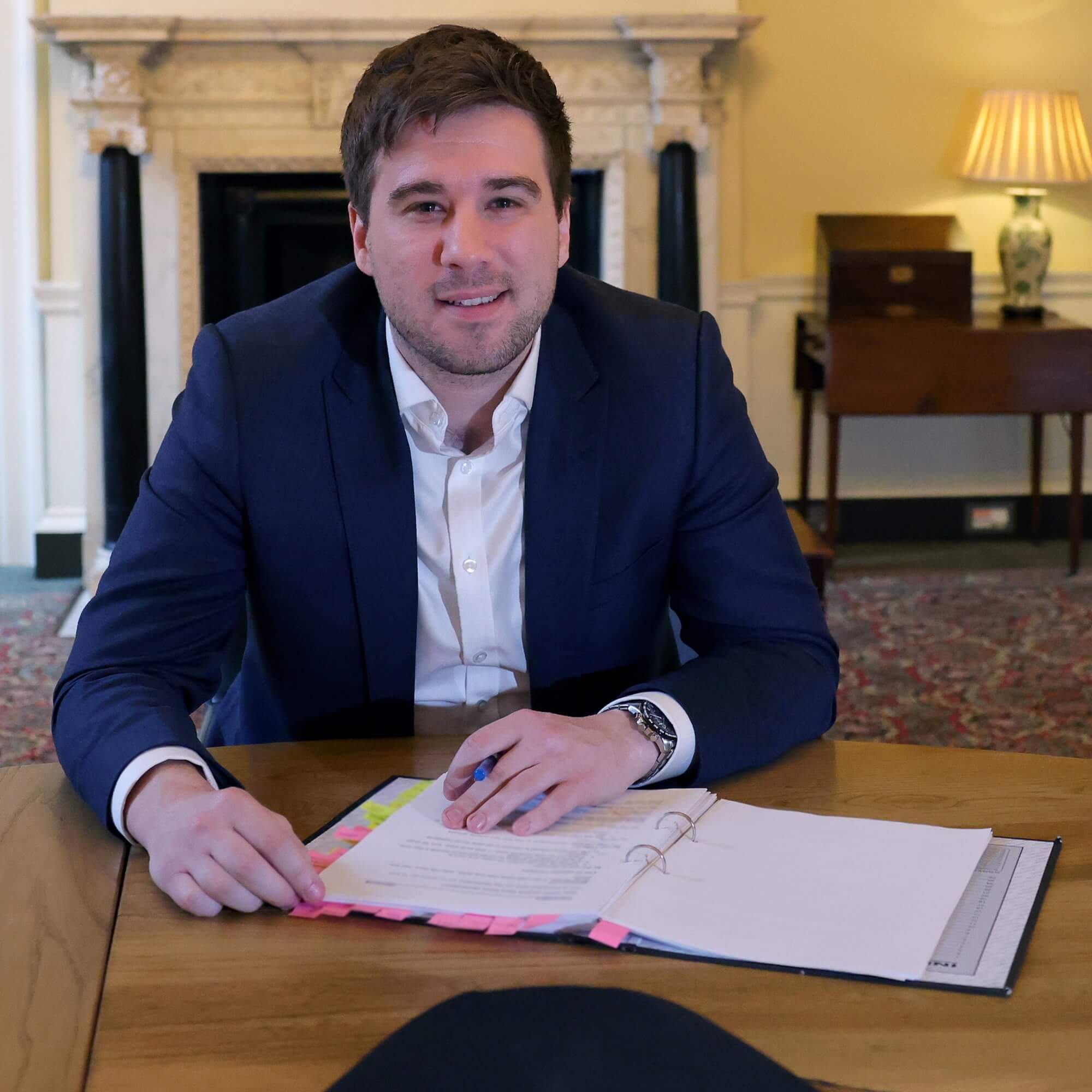 Why wouldn’t anyone want to be right at the very heart of where absolutely everything happens?

As the nation prepared to enter its second lockdown, Shaun was taking the reins of a team whose job is to ensure that the government’s position on key issues is properly understood in the media, and to address inaccurate reporting. He works with all government departments and is among those advising the Prime Minister on media matters.

As well as Deputy Head of News, Shaun is Deputy Official Spokesperson for the PM, delivering a regular on-the-record briefing to around 70 political journalists, requiring him to be prepared to answer questions about all aspects of government policy.

“I remember the first time that I did it I didn’t sleep at all the night before,” he admits.

“You’re speaking on behalf of the Prime Minister to journalists and it’s all on the record.

“Yes, you’ve got briefing notes that you can refer to, but you can’t prepare for every single question. It’s a nerve-racking experience, but there’s a feeling of exhilaration once you’ve come through it.

“It’s quite a buzz when you’ve just briefed something and then you see you’ve been quoted directly by the media.

“It’s been the best decision I’ve ever made professionally. Where I am at the moment is just such an amazing place to work.”

As part of our thirtieth-anniversary celebrations in 2022, the University of Derby is hoping to connect as many of its graduates as possible from right around the world.

If you are a University of Derby Alumni, we would love to hear from you. You can contact us and link up with thousands of others now through our Made in Derby campaign.