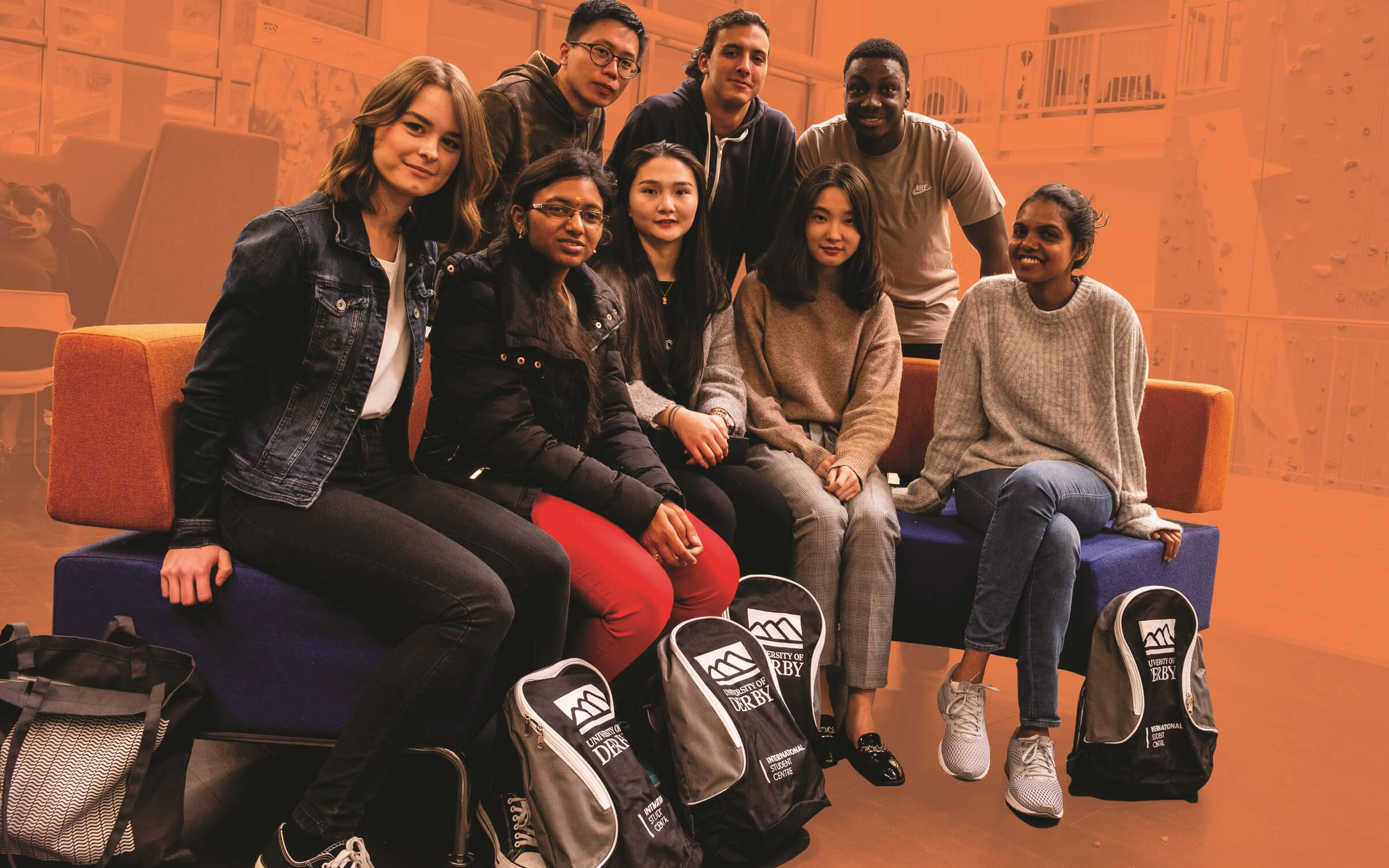 The University of Derby has continued to extend its global reach over the past 12 months, forging exciting new partnerships with universities and colleges overseas and attracting students from around the world to study here.

That strategy is paying dividends with an increase in our international student population, who are also benefitting from the first class support that the University provides to help them feel at home in Derby.

The creation of opportunities to work with fellow academics around the world is hugely important to our teaching and research staff.

Over the years, we have cultivated a number of international partnerships with institutions in Europe, Asia, and Africa, which now deliver University of Derby-accredited programmes.

We have continued to expand our network of collaborations throughout a year in which Jiangxi University of Technology (JXUT), in China, and Domain Academy, in Malta, enrolled their first University of Derby students.

The agreement with JXUT will see its students progress to the University of Derby to Level 6 for their final year, while the Domain Academy will deliver a Derby-accredited MBA course.

A strategic alliance with Botswana Accountancy College will create exchange and research collaboration opportunities, while the University is also applying through the Chinese Ministry of Education to work with Shenyang University of Technology in China to provide a joint computer science programme.

A new progression agreement has been developed with Pearl Academy in India, one of the country’s leading design, fashion, business and media institutes. Under the terms of the agreement, the Academy’s students will progress to study BA Media Production, BA Interior Design and BA Fashion Design at Derby.

The University also signed a friendship agreement with Beihai College of Art and Design, in Guangxi, China, which will pave the way for collaboration opportunities in future. A delegation from the College visited Derby early in 2019.

The Hague Network, a collaboration of seven European universities, met in Derby in March 2019 to discuss potential initiatives, with a number of University of Derby students spending time on exchange with Hague University of Applied Sciences.

The opportunities have not just been limited to our Derby Campus sites, however. In Buxton, our Centre for Contemporary Hospitality and Tourism (CCHT) delivered a two-week winter school in January 2019 to 20 students of the Beijing Hospitality Institute, prompting a number of confirmed applications for CCHT programmes beginning in September 2019.

And the University was represented at the SPARK Higher Education Conference in Hong Kong, helping to open doors to more potential business and academic partnership opportunities.

Professor Judith Lamie said: “Working collaboratively with leading institutions in countries such as China is a key element of our international strategy, positioning the University of Derby on a wider global stage and providing a range of opportunities for our students to study, work or volunteer overseas.”

Broadening our appeal to international students

The University’s national and international profile has risen during the past academic year, boosted in part by climbing a number of key higher education league tables.

This has prompted an increase in applications from China and India in particular, as well as from a number of European Union countries, in spite of the uncertainty surrounding the UK’s withdrawal from the union.We were very pleased to see the number of students from China and India who have enrolled at Derby double during 2018/19, compared with the previous year.

Our Chinese student community is expected to grow again in 2019/20 to more than 200.The launch of a Derby English Language Centre in China has contributed to an increase in applications from Chinese students to our College of Business, Law and Social Sciences, while our English language summer schools in Derby have attracted more than 133 students from China.

We have also been very encouraged to see that applications from students from a number of EU member states, including Spain, Portugal, the Czech Republic and Lithuania, have increased.

The wellbeing of all of our students is paramount, and it is particularly important that those who come to us from overseas have the best support they could wish for to help them settle in to life in the UK. Therefore, we were delighted that the University’s

The opportunity for the chance for our UK students to study or take up work placements abroad is also invaluable, and our Student Experience Framework has a commitment to “broaden your world view and expand your global thinking”.

As part of this commitment, the University is looking to promote student mobility, including longer-term study abroad and opportunities through the Erasmus scheme, to all students.

Alongside Derby City Council, Derbyshire County Council and South Derbyshire District Council, we have played an active role in the long-standing twinning relationship our city and county has with Toyota City, in Japan.

And in the 20th year of twinning, the University reinforced those links with a series of visits which have the potential to develop the partnership.

Our leadership team, led by Pro Vice-Chancellor - External Affairs Professor Judith Lamie, and staff joined our local councils and representatives of Toyota City in meetings and events in both Japan and the UK to celebrate the milestone.

Significantly, the University hosted a reception for the Mayor of Toyota City, which was followed by a reciprocal trip to Japan, to formally mark the anniversary.
The relationship has also enabled us to look at academic possibilities that exist between Derby and Toyota City.

Examining funding and research opportunities in collaboration with Chukyo University, which has a campus in Toyota City, was the purpose of a visit made by a delegation from our College of Life and Natural Sciences, which resulted in the signing of a Memorandum of Understanding between the two institutions.

A student from the School of Arts secured a place on the prestigious Toyota Boshoku Internship programme. Joseph Taylor is one of only 15 students globally to be working with senior management at Toyota, researching safety protection systems.

The University has also worked closely with Derby City Council to strengthen economic and cultural links with the Chinese city of Heifei, which welcomed a delegation of Derby Business School students at the end of the academic year.

The Consul-General of China, Zheng Xiyuan, visited the University on a number of occasions during the year, notably to celebrate Chinese New Year at the Kedleston Road site, the highlight of which was a spectacular traditional Chinese lion dance in the University’s Atrium.