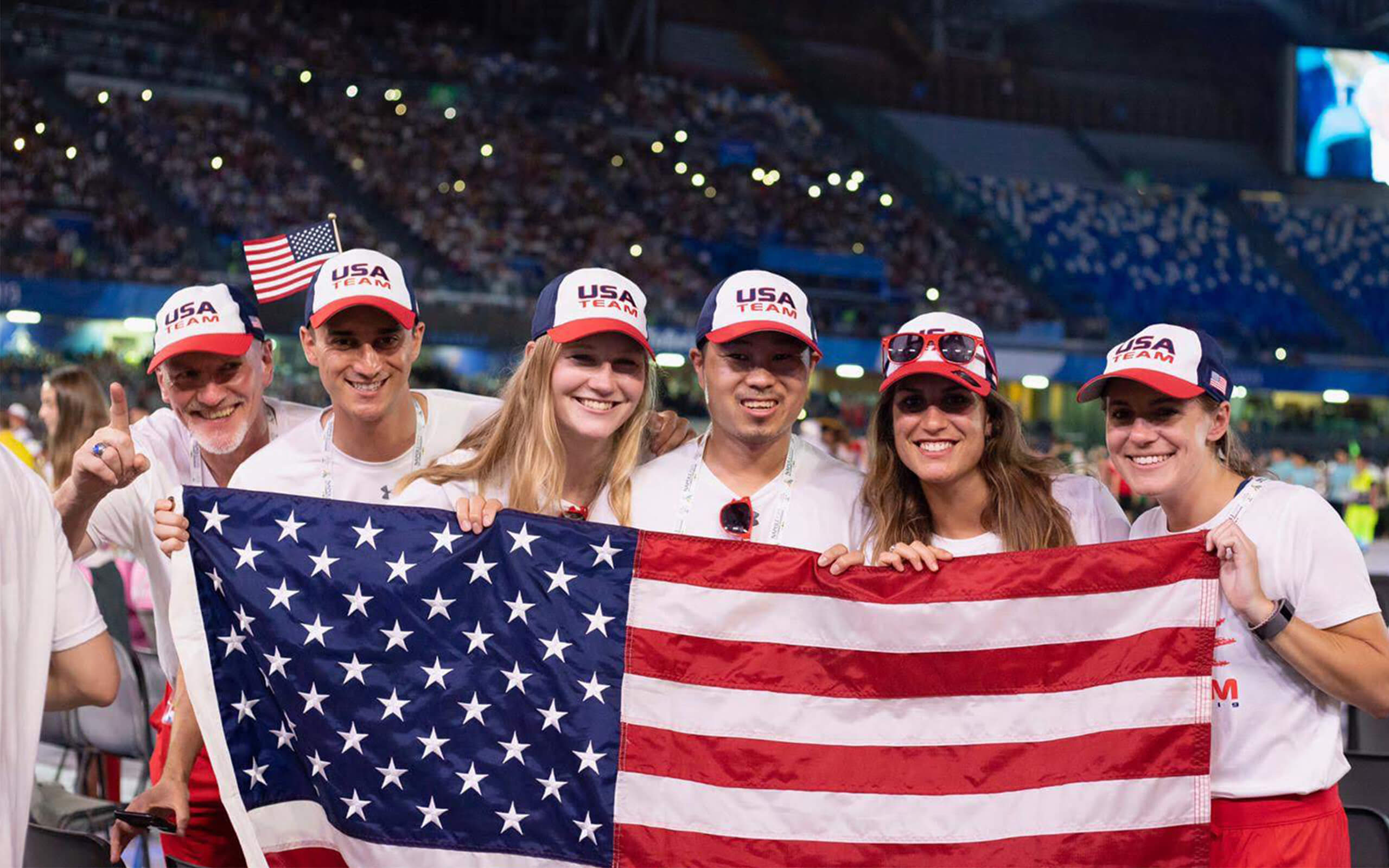 An Event Management masters at Derby gave Chiara Giuliano a range of transferable skills which helped her gain roles with global brands, including technology giant Google. Now she’s landed her dream job, organising events all over the world.

Google and the Games

After graduating, Chiara moved to London and got a job with Google. As the ‘face of Google’ to her clients, Chiara found the transferable skills she gained on her degree – project management, time management and organisation – were invaluable.

Chiara started out as a Field Operator and progressed to Operation Team Lead. She believes that studying her masters at Derby was instrumental in helping her progress in her career.

I am so glad to have studied at the University of Derby. It was an unforgettable journey and it provided me with the right experience and knowledge to work in the industry I love.

Originally from Italy, Chiara returned there in the summer of 2019. After her successful role at Google, she left for a new venture but found a role to bridge the gap until she started her new job.

Naples, her hometown, was hosting the University Games. The world’s second-biggest sports event after the Olympics, the Games were too big an opportunity for Chiara to miss. Working as the Event Assistant for the US team, she drew on the skills and experience she had gained during her degree.

The Games gave Chiara lifelong memories and fantastic experience. It was time to step up the career ladder. Moving back to London, she started her dream job as an Events Operations Executive with Quacquarelli Symonds (QS), the leading provider of services and analytics to the global higher education sector.

Chiara now organises events in countries all over the world, connecting with schools and speakers, approving topics and undertaking interviews with alumni. Her role has also provided her with opportunities to run panels at QS events. She has run events in Quito and Lima.

“The QS event is one of my most exciting achievements to date – it involves public speaking, which I am proud to accomplish in my second language.”

Nine months into her role, Chiara has led over 50 events for more than 150,000 students. The skills she gained in her degree - in relationship building, project management, customer service and report writing - have been key to her success.

“Studying a masters internationally has broadened my horizons and it was probably the best investment I could have ever made.”