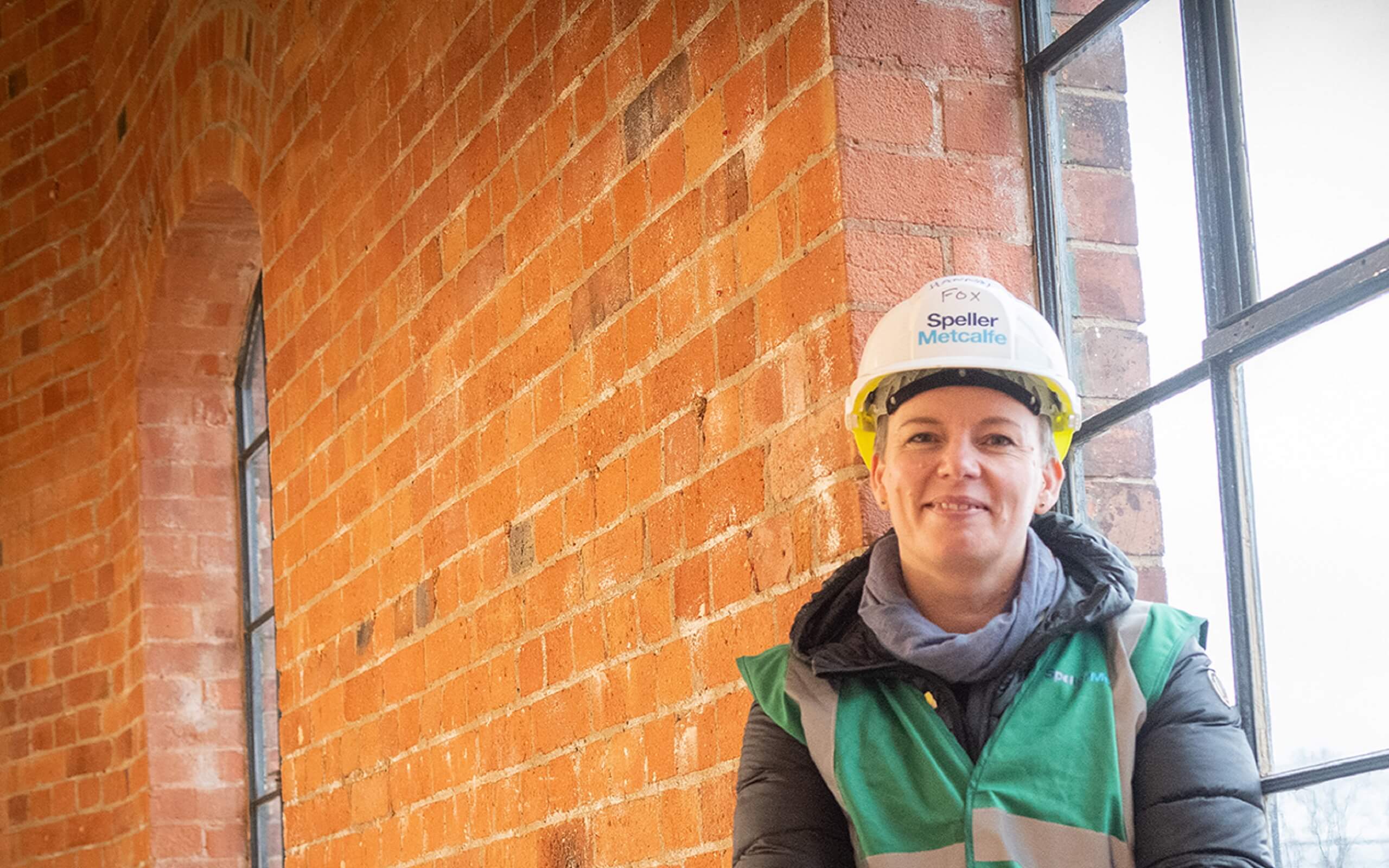 How the University of Derby was the making of Derby Museum Director Hannah Fox.

Hannah Fox started her journey at the University in 1992, where she completed an Art Foundation course, and then studied BA (Hons) Graphic Design and Visual Communication.

Currently, Hannah is Director of Projects and Programmes at Derby Museum Trust, leading major projects, such as the Museum of Making at Derby Silk Mill and the UK Creative Community Fellowship. Here, she tells her story.

“I've always been passionate about creativity in developing and executing ideas using a wide range of mediums, including design, photography and film. The degree is what gave me the grounding I needed.

“It wasn’t easy. I had to work three part-time jobs alongside studying for my degree, as I had just come out of the care system and had no family support. But I did it. And that made me learn about my personal resilience and grit.”

The University provided her with the confidence and focus she needed to embark on a successful and rewarding career, which led to the fantastic job she has now at Derby Museums.

“My work in these projects and programmes includes concept development, partnerships, fundraising, and overseeing delivery. Every day is different and varied!

“For example, one day I had to shortlist candidates for our Artist/Maker-in-Residency. I sat down with a UK Creative Community Fellow to discuss his project, worked through some ideas with a project funder and met with our partners in the USA to plan an upcoming programme. The following day I was supporting a new exhibition development, had an interview with BBC Radio Derby, reported to a project board, and then supported a dance organisation to pitch for some new work.”

The city’s Museum of Making, which opened to great fanfare in May 2021, has perhaps been one of Hannah’s most high profile and impactful projects.

“Working on the Museum of Making has been an absolute privilege. I had no idea when I was asked 10 years ago to look at developing a new future for the Silk Mill that I would have spent the next decade of my life on making the Museum of Making with such incredible people.

“I've had to use every ounce of my experience and knowledge to navigate all the different aspects and challenges of something at this scale. It's been life-changing for me, not least in giving me a new career in museum leadership, but also enabling me to travel extensively and build a wonderful network of collaborators.

“I'm proud that the Museum has been received so well by people in our region and further afield. I think that's a testament to the thousands of people who contributed their ideas, their time and their skills in making it happen.”

Whether there will be another project to top the Museum of Making remains to be seen, but when speaking about the future, Hannah just says: “For Derby Museums, we are ambitious about building on the work we've done so far to support our communities and ensure Derby continues its story of creativity and innovation. For me, as long as it involves working with people and using powerful creative ways to make things better for people and places, I'll be happy!”