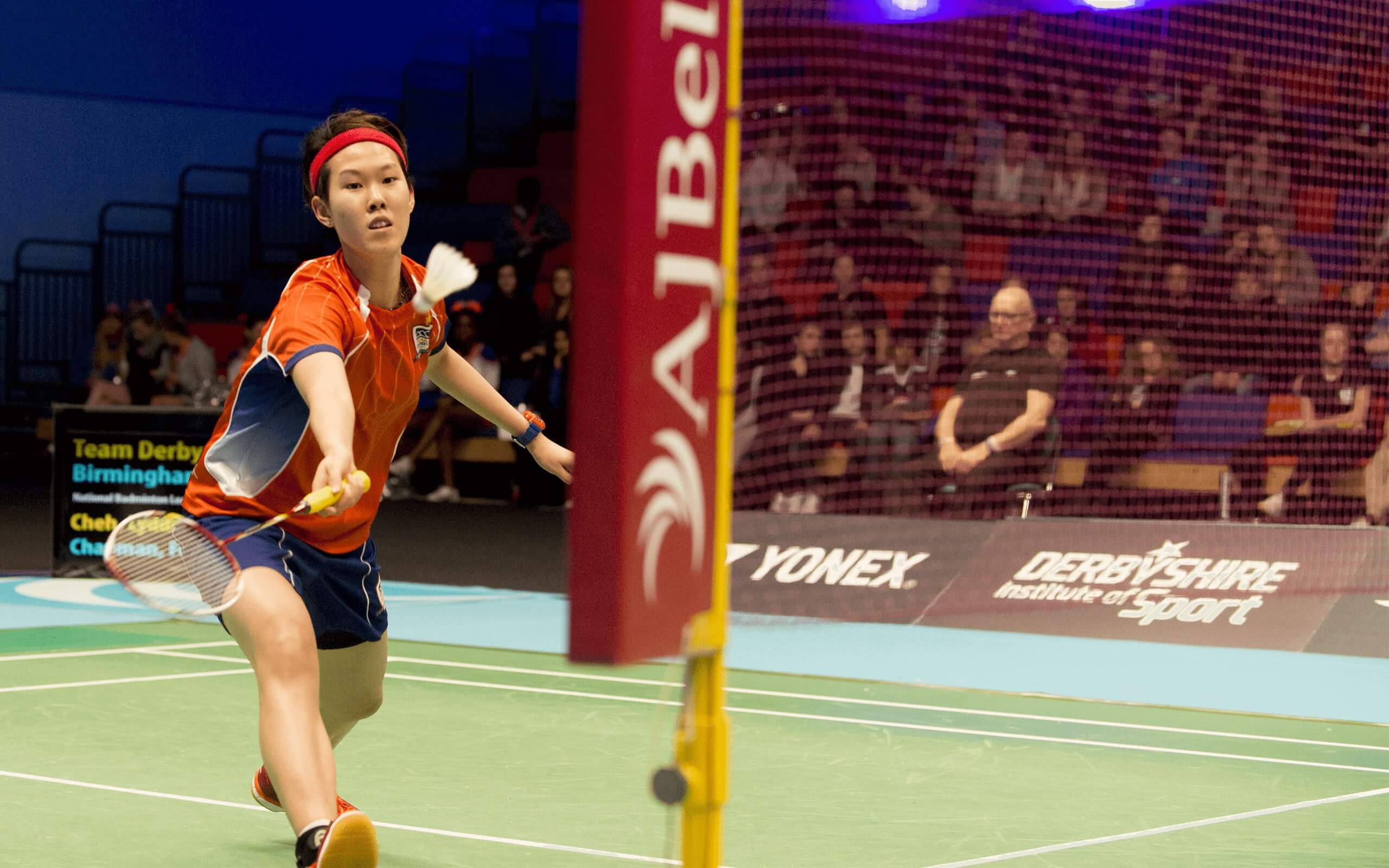 A University of Derby student has helped her team make history by winning the Women’s Badminton Premier League for the first time ever.

Lyddia Cheah Yi Yu, who is completing a postgraduate degree in mechanical and manufacturing engineering at the University, is no stranger to success after becoming a Commonwealth gold medallist at the age of 21.

Lyddia started playing badminton in her home country of Malaysia when she was 11 years old after watching her parents play and deciding she wanted to get involved. She competed in various international tournaments, including the World Badminton Championship, Asia Games, South East Asia Games and national leagues, as well as the Commonwealth Games 2010, before being offered a scholarship by the University of Derby.

The 30-year-old has been playing in the team since the first year of her undergraduate course. She said: “Being part of a team helps to improve your experience at university as you get to achieve your academic goals but also get to socialise with new people. You bond with your team over the love of the game, and together we win, together we create miracles!”

Prior to the Covid-19 pandemic, Lyddia and her five other teammates (Kirby Ngan, Abby Downing, Abbie Harris, Abby Smith and Katarina Vargova) had been training five days a week at the University’s Sports Centre at the Kedleston Road site. This dedication paid off as they were crowned champions of the Premier League. She has also scooped several medals in the British Universities and Colleges Sport (BUCS) individual games.

Commenting on the team’s success, Donna Kellogg, Team Derby’s Performance Sports Officer, ex-professional badminton player, and three-time Olympian, Euro and Commonwealth gold medallist, said: “It has been a fantastic season for the University's women's team and we are all are very proud of their achievements. The ladies won a record haul of medals at the BUCS individual event in Sheffield in February and then finished the season by winning the Premier League.

“The team commit to daily training on court and in the gym and balance this with their academic studies, which shows a great amount of dedication and commitment.”

Once she has graduated, Lyddia would like to find a job or start a career in the aerospace or construction industry in the UK and continue to play badminton for pleasure.

Lyddia and the team were due to compete at the National Championships held at the University of Nottingham, but due to Covid-19 the event was cancelled this year.