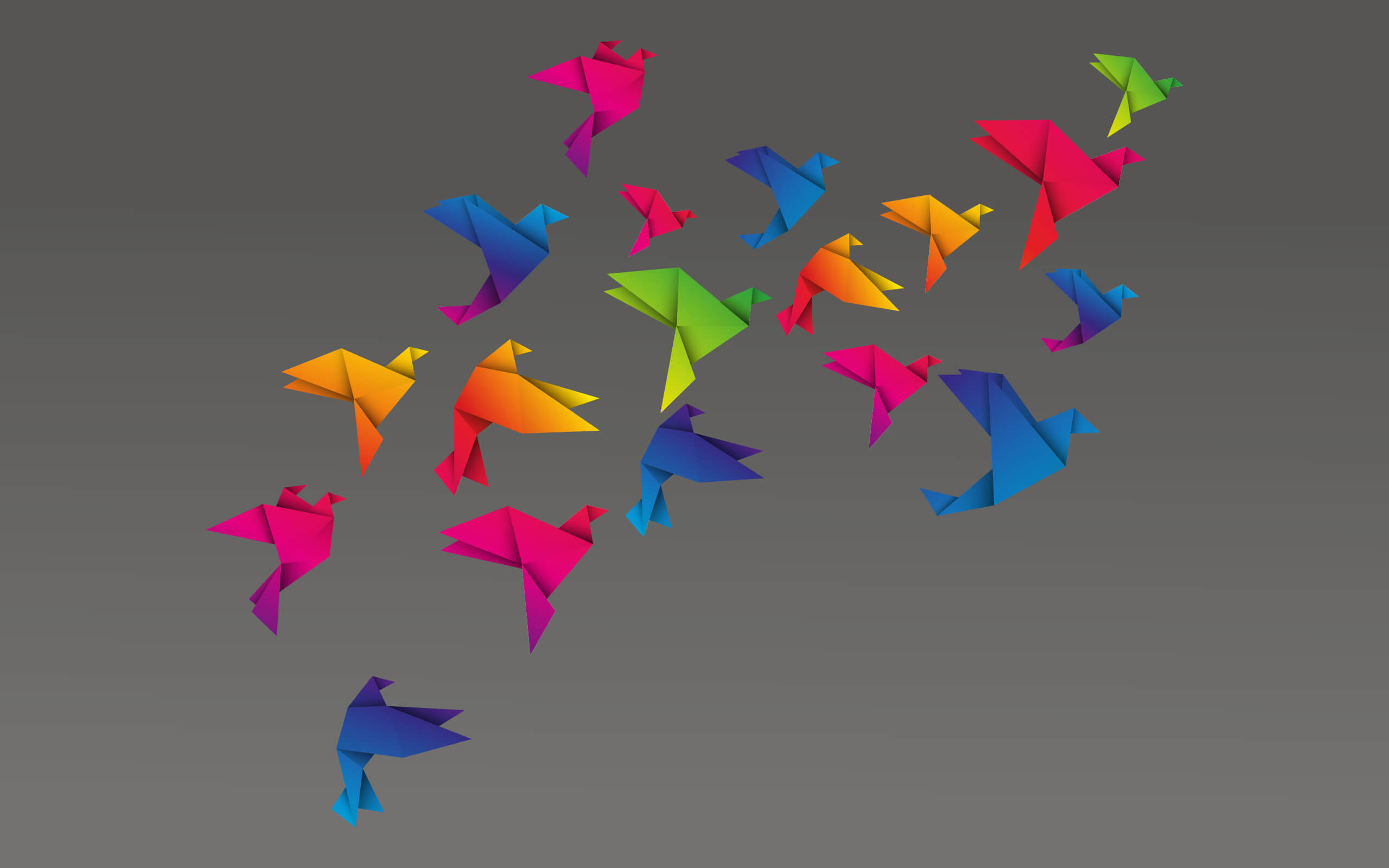 Setting the scene for the new skills landscape

In the wake of the coronavirus outbreak, when the economy begins its own process of recovery, the need for a comprehensive industrial strategy with a clear vision for the essential skills of the future will be more urgent than ever.

Well before the outbreak took hold and the lockdown was introduced by the UK government, with an impact upon the national economy which is yet to be truly calculated and understood, the government had set the nation's industrial and civic leaders four great challenges through its local industrial strategies: artificial intelligence and the data economy, clean growth, an ageing society, and the future of mobility.

Each of these topics was touched upon in a 90-minute discussion held prior to the lockdown, hosted by the University of Derby and chaired by Sajeeda Rose, Chief Executive of the D2N2 Local Enterprise Partnership.

Representing the University, alongside the Vice-Chancellor, were Professor Warren Manning, Provost – Innovation and Research, Professor Malcolm Todd – Provost Academic and Student Experience, and Professor Kamil Omoteso and Dr Chris Bussell, Pro Vice-Chancellor Deans of the College of Business, Law and Social Sciences and the College of Engineering and Technology respectively.

Sajeeda began proceedings by setting out the context in which Derby and the wider D2N2 region – made up of the Derby, Derbyshire, Nottingham and Nottinghamshire local authority areas – found itself at that moment.

While more opportunities and new types of job were expected to come on stream, key barriers she identified were an ageing workforce, which is likely to grow by just 0.8% by 2030, and a current skills gap that is limiting the region’s ability to compete nationally. Particularly absent were the technical and leadership skills “to drive some of those advantages in business”, she said.

Despite the challenges, there are clear opportunities for the region, especially in the push for carbon zero technology.

“We have three fantastic universities and innovation capability, and some great businesses within that sector,” said Ms Rose.

“With the imminent closure of Ratcliffe Power Station, one of the last coal burning power stations operating in the UK, we’re presented with a huge opportunity and we have got potential there, in terms of capabilities we could utilise, to look at the future of energy. That is one of the areas we need to look at to see how it can support our vision.”

With the automotive industry well-established in the region, and well-represented on the panel, the sector’s requirements were soon discussed.

Tim Freeman of Toyota was quick to highlight the need for a balance of skills from its future workforce.

“We talk about the automotive revolution – a once in a hundred years occurrence – and connectivity, car sharing and electrification. No one truly knows how fast that is going to be implemented or take shape,” he said.

“For sure, we need bright young graduates to be grasping artificial intelligence, the use of data and IT skills, but you need a balance right now between traditional problem solving, management skills and leadership, through to what the future may bring.”

Professor Omoteso highlighted where the University was applying a universal approach to one of those key skills needs: “What we are trying to do in our course review is to infuse leadership skills, ethics and sustainability into the curriculum across the piece, as we recognise that organisations will need that next level of leaders developed.”

Rob Gorton, of Toyota, and Keith Cox, of Bloc Digital, both identified during the discussion that the ability to make equipment “more capable” and retrofitting "legacy" machinery which can produce new data will also have huge value to industry, saving money and prolonging the life of plant and machinery.

The use of data was crucial to the way transport is being developed, Mark Gadsby pointed out.

“The skillset that is needed to create an electric engine is not too far removed from creating a traditional one,” he said.

“It’s what comes out of that after you’ve stopped using the car that creates the opportunities.”

Understanding and extrapolating data from assets was essential to improve the customer experience, he added. 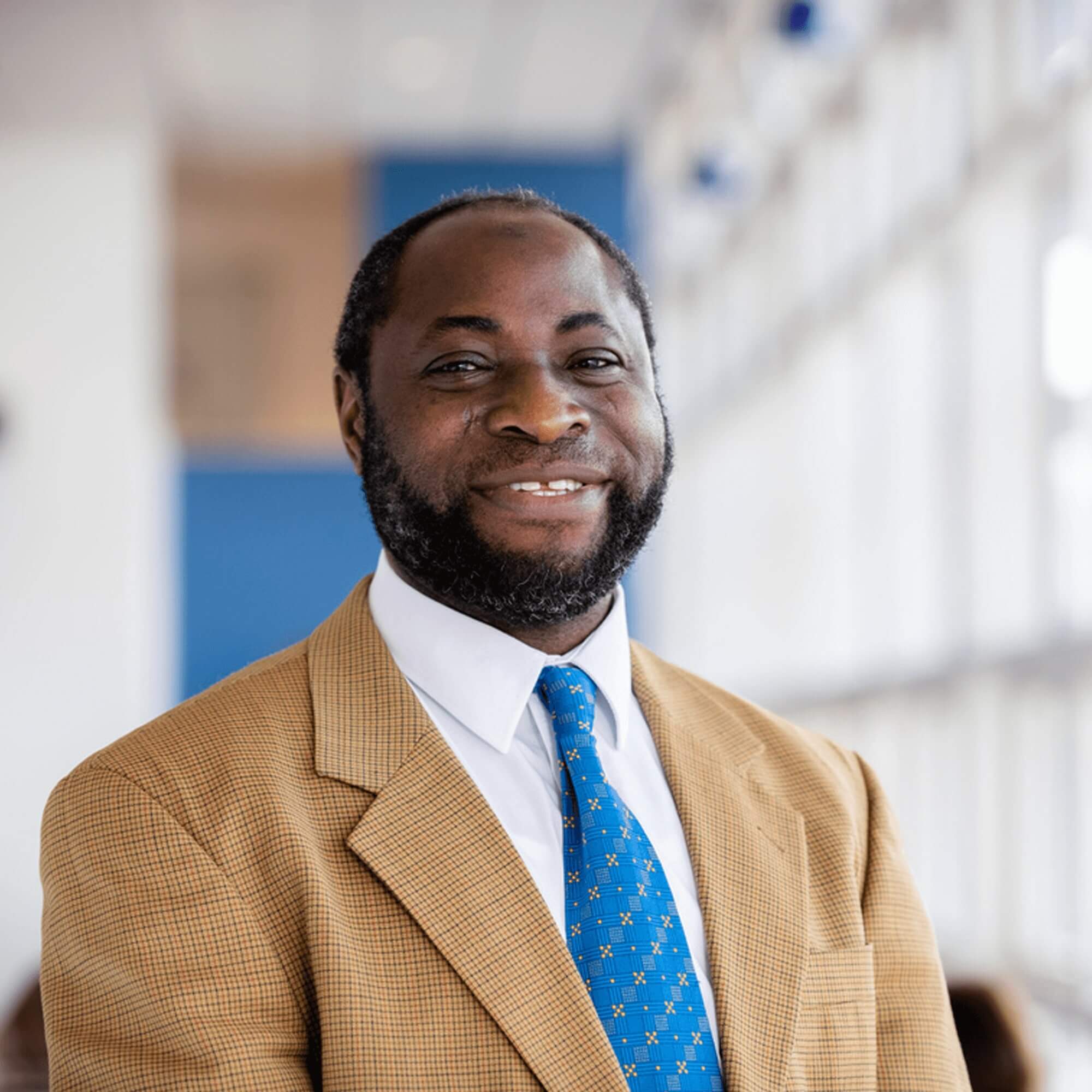 What we are trying to do in our course review is to infuse leadership skills, ethics and sustainability into the curriculum across the piece, as we recognise that organisations will need that next level of leaders developed.

The risks inherent in a more digitised environment are also forming demand for a set of new skills, Richard Penn explained: “There is a huge cybersecurity challenge at the moment, and a significant piece of work to try to work out where on earth we are going to find cybersecurity engineers from in the next few years in order to provide that level of reassurance and regulation. There’s a pitch to be made to make that far more attractive across a variety of sectors.”

The impact of greater automation in the workplace raised questions about the skills needed in the years ahead, and the implications for the current workforce.

Luke Parker gave the example of his own company’s experience: “We’ve used coding and developed software  to make many back office processes autonomous. This drives efficiency and competitiveness. But if you are in a business that hasn’t done that, and you’ve got 10 or 20 people doing those processes, you need a plan to reskill and redeploy them.”

Professor Manning noted that was a challenge for both industry and universities alike.

“The back office is the next wave of jobs that are at massive risk of automation, and the capabilities are now there to do it. The question we’ve got to ask is, ‘what do we do with those jobs in the future?’

“Universities should be delivering the higher level skills back into businesses to provide transformation and innovation.”

Professor Mitchell added that the importance of life learning opportunities must not be overlooked.

“There is a generation that is missing out, and I believe there is work to be done here because although they may have the experience, they have often not been as technical or digital as the generation below them,” she said.

“They may not be that keen on studying a masters degree, but they need upskilling in leadership and management, so we are really keen to do that sort of work, and we can look at making the approach bespoke to them.” 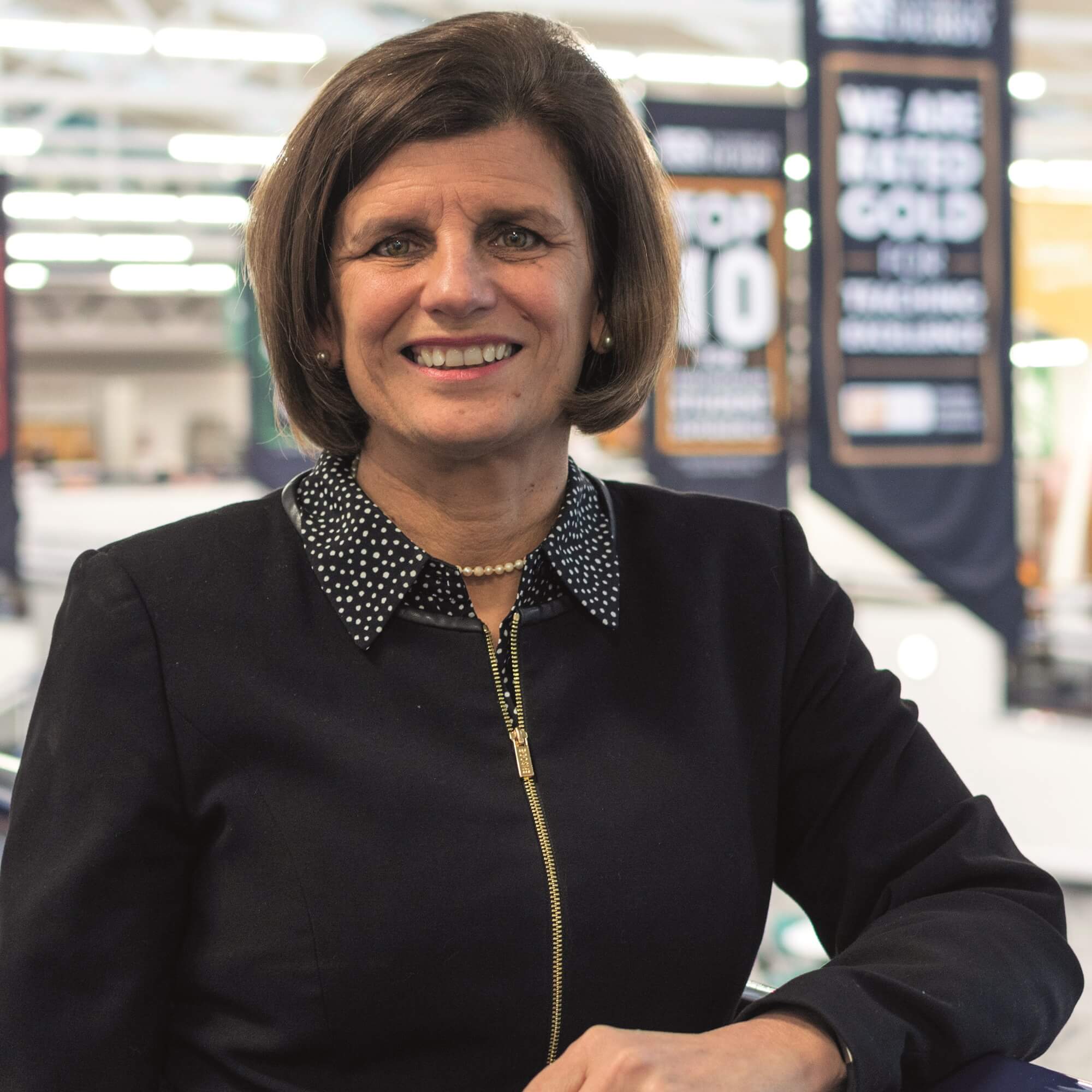 There is a generation that is missing out, and I believe there is work to be done here because although they may have the experience, they have often not been as technical or digital as the generation below them.

Turning to educating and training the workforce of the future, Professor Mitchell identified an opportunity for universities like Derby in that process, in contrast to higher education institutions which were focused on their more traditional role of pure or “fundamental” research.

“We want to create people who think differently about that research and how it can be applied”, she said. “Therefore, we need input from industry to get them to think in that way.”

Professor Manning remarked that it was vital for students to understand that what they study is incredibly important for a future economy, while Ms Rose suggested that helping children to identify the skills they would need in the future was key, and urged those round the table to consider supporting local schools with that work.

Luke Parker moved the discussion to the changing nature of apprenticeships, highlighting that his own company was shifting its apprentice intake from the shop floor to other creative roles within the organisation. He was keen to know whether higher level apprenticeships were being preferred over graduate recruitment schemes.

Professor Todd told the group: “Apprenticeships still play an important part of our portfolio, but the projections show us that young people want to come and do a degree at university.”

Making Derby an attractive destination to new students and employees was explored, as attention turned to how the city itself could be transformed.

Rob Gorton pointed out that “as the shape of mobility changes, so will our cities.”

Professor Mitchell again identified this as an opportunity. “My challenge would be why wouldn’t we use Derby, because it is not that large, as a model city for new mobility,” she said, adding that she hoped that could attract government funding.

Dr Bussell highlighted Derby’s “traditional city design” and challenge of envisioning how movement between its spaces could look in the future, and how the civic infrastructure could accommodate significant alterations to it. Helping to drive behaviour change and acceptance of new technologies by people travelling in the city would also be crucial, he added.

Reflecting his position as a technology sector employer focused on attracting and retaining talent, Bloc Digital Director Keith Cox told the panel that the issues facing Derby as a city were not just about mobility.

“We as a community still have a big journey to try and reinvigorate our city centre because for the new millennials that is a key decider about where they are going to live,” he said.

Ms Rose told the panel that she liked the concept of Derby as “a model city for future living”.

“You’ve got fantastic industry that can drive some of that solution and a university that can provide the research capabilities,” she said. “What we need is the willingness and the vision to be able to sell it, and we need to be at the vanguard of selling that.”