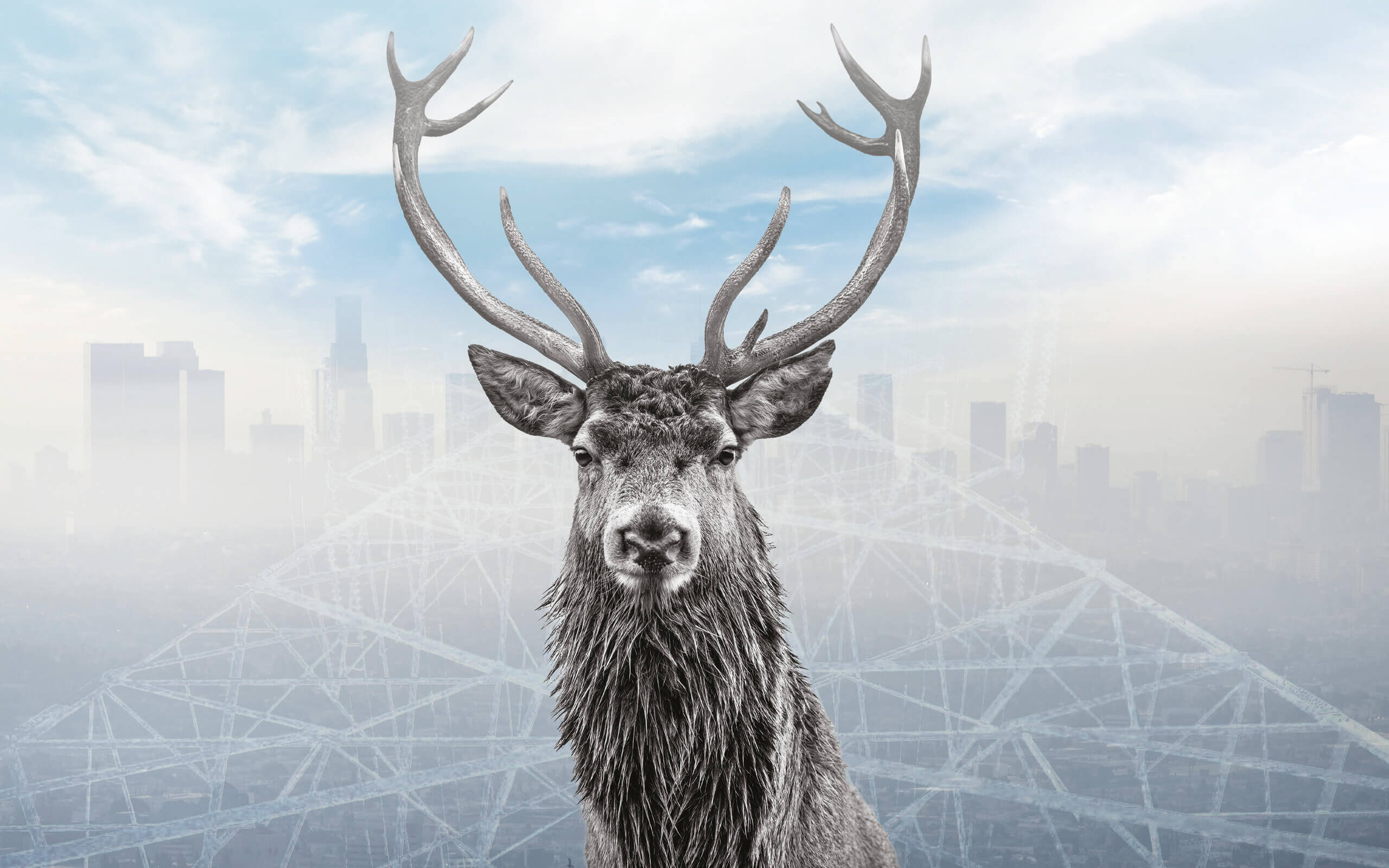 Since lockdown measures were first introduced, people across the globe have made drastic changes to their behaviour in a bid to prevent the spread of coronavirus. Governments have been updating the public on how these changes are curbing the spread, but there have been reports of side effects to our war on the virus. Is lockdown helping the environment repair and wage its own war on climate change? Gemma Bradley investigates.

Sightings of dolphins and jellyfish in Venice’s now clear waterways, sheep exploring Preston city centre and deer roaming around East London were just a handful of examples circulating on social media of our wildlife seemingly stepping out of the shadows while we retreated into our homes.

Whether this behaviour was expected or not, it’s clear that a reduction in demand for global energy, with fossil fuels being the hardest hit, international travel restrictions and industrial processes coming to a near standstill have had a positive environmental impact.

In March, satellite imagery from the European Space Agency showed a rapid decline in global greenhouse gas emissions over cities in Asia and Europe during lockdown, and a report issued by the Centre for Research on Energy and Clean Air (CREA) found that there had been an approximate 40% reduction in the average level of nitrogen dioxide (NO2) pollution over the previous 30 days, resulting in 11,000 avoided deaths from air pollution.

So, are these early positive reports a true reflection of what is happening to the wider environment or just examples of feel-good propaganda?

“Most of the stories I saw online at the beginning of lockdown, about sightings of different animals coming into unusual places, were things I would actually expect to see normally,” says Dr Michael Sweet, Associate Professor in Aquatic Biology at the University of Derby.

“We were perhaps just noticing them more while we were all home due to the pandemic and then sharing the excitement on social media.

“There will have been some immediate benefits for a variety of different species, for example those that have a tendency to get hit by vehicles, because people were going out less during lockdown and there was a reduction in road traffic as a result. But, in places like Venice, where the canal cleared and you could see different fish, they were probably there all along, they just became more visible as there was less boat traffic. I imagine little has actually changed in the vast majority of ecosystems.

“Coral reefs are suffering unprecedented declines all around the world due to climate change and haven’t had any respite associated with coronavirus. A lot of countries around the world are still experiencing coral bleaching. In fact, the Great Barrier Reef is bleaching for the third time in five years, which is unprecedented.”

Social distancing measures will have limited what data can be physically collected by scientists and researchers in the field to demonstrate the true impact of lockdown on the environment. However, from the remote data available, such as satellite imagery, photography and anecdotal feedback, we are clearly seeing some short-term relief. Longer-term, is it possible to know how the environment will be impacted by the pandemic?

“A reduction in water and air pollution looks good now, but the long-lasting effects are probably minimal,” adds Dr Sweet.

“With climate change you get a 60 to 80-year lag period, which means even if we completely stopped burning fossil fuels, we would still see the effects of climate change for years afterwards, which is a really hard concept to grasp.

“How this affects the environment going forward really depends on what happens when life goes back to normal, or whatever the new normal looks like after lockdown measures are fully lifted. A few months will be the real test to see how wildlife and the environment has fared in the face of this pandemic.” 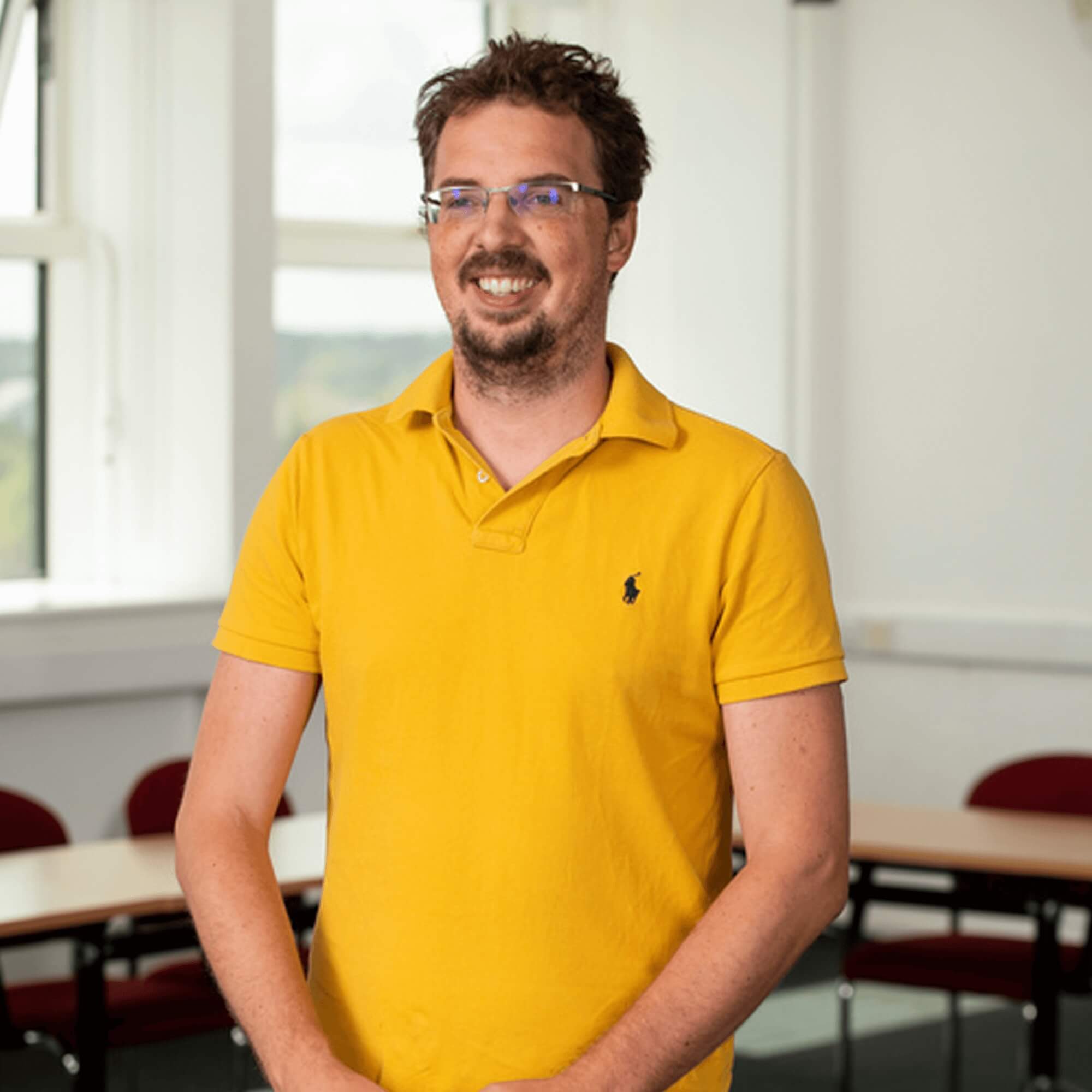 A reduction in water and air pollution looks good now, but the long-lasting effects are probably minimal.

Since lockdown rules have started to relax by varying degrees, positive signs that pollution is being curbed have been dampened by reports that carbon dioxide emissions have rebounded and annual emissions could now surge higher than before, unless action is taken by governments immediately.

In April, when the strictest lockdown measures were enforced in countries across the globe, studies show that carbon emissions fell by 17% compared to the same time last year, Nature Research reports. The reduction in daily emissions accounted for a 31% decline in the UK, but by the second week of June, just a couple of weeks into more relaxed lockdown rules, daily emissions were only 23% lower than last year’s levels.

Analysis by a number of scientists at the Met Office, led by Professor Richard Betts MBE, has found that the current emissions cut will not make a significant long-term contribution to curb climate change.

Professor Betts, who leads the CO2 forecast production for the Met Office, was recently quoted in a Met Office blog: “Although emissions are reducing this year, this does not mean the build-up of CO2 in the atmosphere will reverse – it will just be slightly slower. An analogy is filling a bath from a tap – it’s like we are turning down the tap, but because we are not turning off the tap completely, the water level is still rising.”

Long-term impact of lockdown on the environment

Although the long-term impact of lockdown to the environment seems questionable, what it has shown is that humans can make a contribution when they alter the way they live, work and travel. However, a tragic loss of life and the near collapse of the economy clearly isn’t the way to protect the environment. This raises the question of how can we make a lasting difference that is safe and financially viable post Covid-19?

“Climate change is not a short-term challenge,” explains Uche Okere, Academic Lead for Environmental Management at the University. “During lockdown we have seen some reduction in CO2 concentration in the atmosphere, but this is just a snapshot in time, and if we go back to the way we have always done things, the impact will not be significant.

“I don’t think we can say Covid-19 has slowed down climate change. We got to where we are as a result of habit, and it is very likely that much of what we did before, especially economy drivers like industry, aviation and other transport, will return.

“The advocacy for climate change has always been to make small, sustainable changes as humans. Saying we want to protect the environment doesn’t mean we should stop all activities related to economic development, it’s about finding innovative practices to do things in a way that ensures balance between society, the economy and the environment. In other words, sustainable development, which has been defined as ‘development that meets the needs of the present without compromising the ability of future generations to meet their own needs’.

“During lockdown, people have discovered new ways of living that they have never tried before. Businesses have realised they can be efficient working outside the office. Workers have been forced to use platforms like Zoom and Microsoft Teams, demonstrating they can work from home, attend virtual meetings and conferences, and only travel when they really need to.

“I’m not an advocate for businesses going under, we need our economies to be strong, but I also believe that we can have strong economies driven by companies that have an environmental conscience. Businesses can still operate and make a profit while being conscious of the environmental impact of what they do.”

The UK government’s target is to have greenhouse gas emissions to net zero by 2050, as without this the impact on the environment and the global economy could be profound. At the same time, we continue to fight coronavirus.

So, as we start to emerge from lockdown and begin to live, for now, with a ‘new normal’, is it possible to fight the virus, rebuild the economy and tackle climate change simultaneously? Perhaps the real question is, can we afford not to?