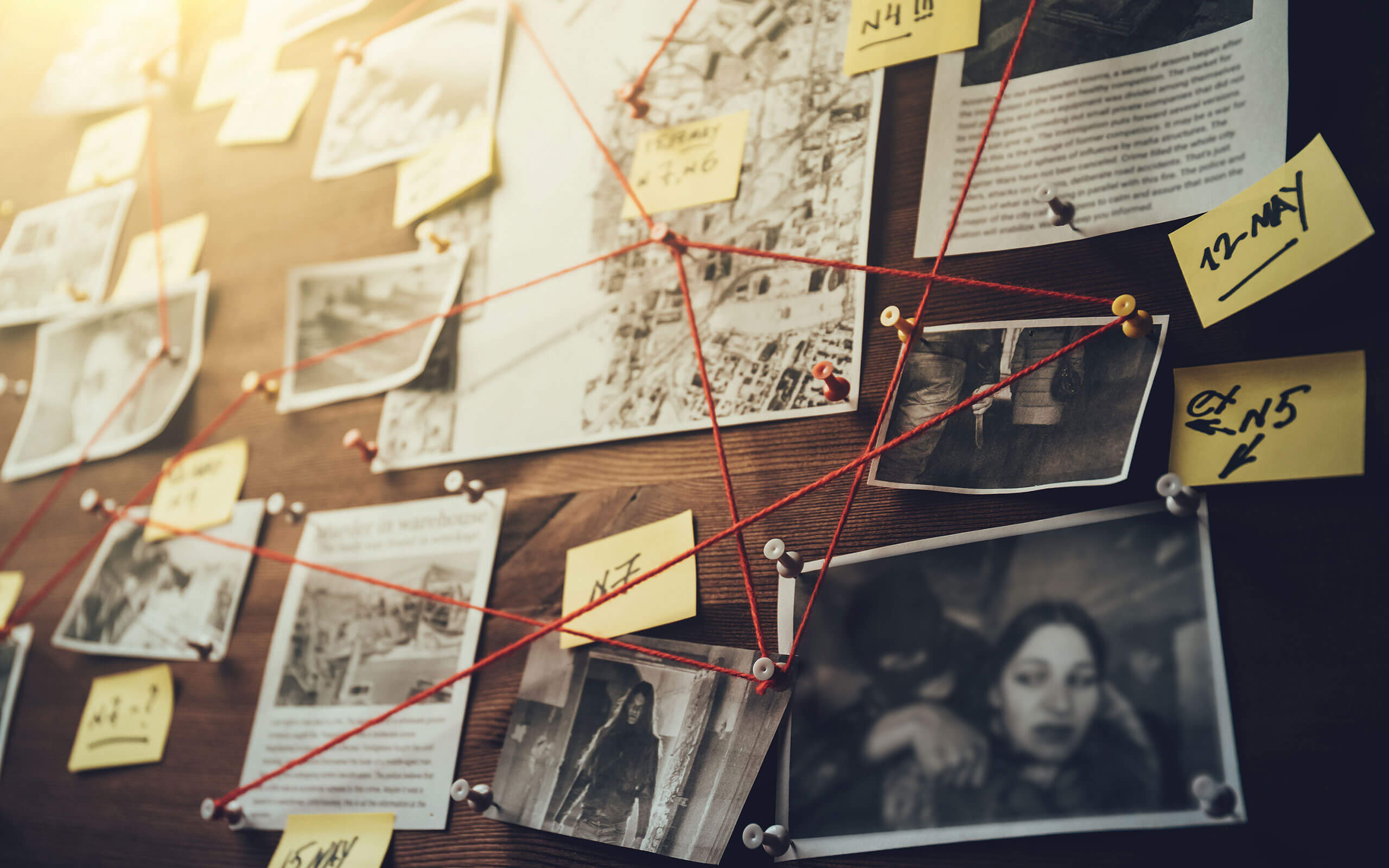 Why are we so obsessed with true crime?

Whether it is in the form of books, TV shows, podcasts or even conventions, true crime is a hugely popular genre.

The producers of the true crime podcast Serial revealed that their first series has been downloaded more than 211 million times, Netflix’s Making a Murder topped its 2018 list of most binged TV shows1 and there are three dedicated true crime TV channels in the UK that reach over five million people a month2.

Categorised as information about real crimes that involve real people, what is it about these violent, aggressive and often macabre stories that capture the interest of so many?

Dean Fido, Lecturer in Psychology at the University of Derby Online Learning, thinks it is all about the puzzle presented. “True crime is very different from the typical shows you normally have on in the background,” he explains. “They are the sort of stories you need to put your phone down and actually pay attention to. It’s a big puzzle and we don’t want to be left without a vital piece of information because we were checking social media.

“As humans, we are always looking for something new and novel. Whether it’s good or bad, we need something that creates an element of excitement. When we mix this desire with insight and solving a puzzle, it can give us a short, sharp shock of adrenaline, but in a relatively safe environment.”

Roz Watkins is the author of the DI Meg Dalton books, a crime series set in the Peak District. Her first novel, The Devil’s Dice, was featured as The Times' ‘crime book of the month’ and has been optioned by ITV.

For Roz, our fascination is similar to why we love stories in general.

“Stories, especially true stories, teach us about other people and about how to keep ourselves safe in the world,” she says. “They allow us to experience and learn from terrible things without ever being in real danger.”

Author of the DC Childs series Sarah Ward thinks that distance from these events allows us to enjoy these gruesome tales: “When I was growing up I always felt slightly uncomfortable learning about high-profile crime cases – I wasn’t sure of my motivations but there is a slightly lurid fascination about the ‘otherness’ of these types of events.

“I then became much more interested in historical true crime, which felt less salacious and more embedded in local history.” 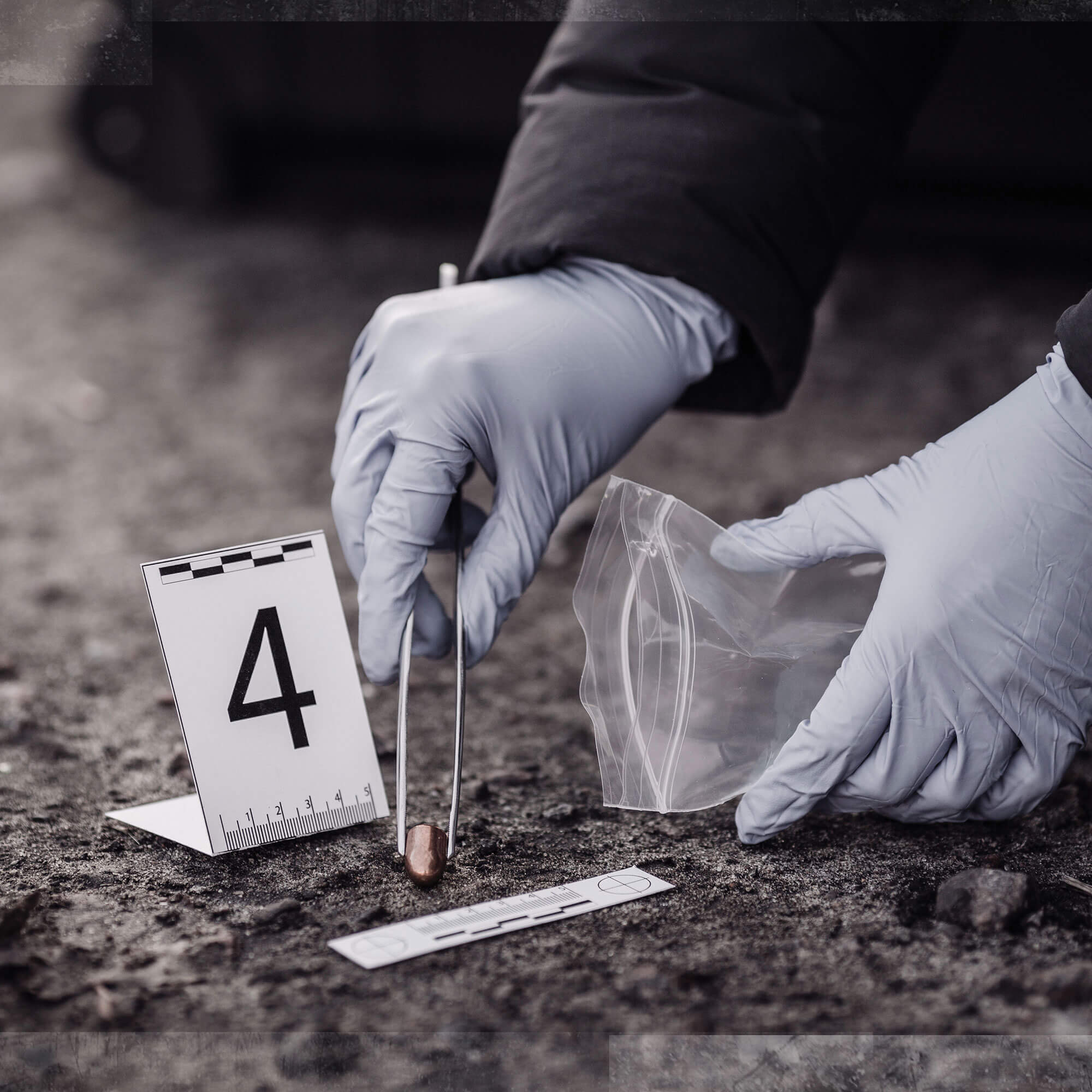 Particularly in America, there is a growing trend of going to where serial killers lived or where these violent crimes happened, which reflects the dark side of human curiosity.

Melanie Haughton
Lecturer in Psychology at the University of Derby

In 2010, a study by the University of Illinois found that 70% of Amazon reviews on true crime books are by women3. The idea of women being the largest audience for true crime has been supported widely, including by Michael Boudet who hosts the popular true crime podcast Sword and Scale. He said that 70% of his fans are women between the ages of 25-454.

Melanie Haughton, Lecturer in Psychology at the University of Derby, says: “There is a lot of romanticising of these dark figures, like American serial killer Ted Bundy, who have committed awful acts, and women can be intrigued by the danger aspect. Victim-blaming language, implying that it’s the women’s fault, is rife in the media, which further romanticises the perpetrators and pulls focus from the victims, making the lives of serial killers the main focus. For example, Ted Bundy was recently played by heartthrob Zac Efron, showing the extent to which people are attracted to, and romanticise, serial killers.”

Crime author Francesca Dorricott says: “The largely female audience has a lot to do with gender inequality in society. Most women have been taught to restrain their actions, their thoughts, and sometimes even their imaginations. We can witness a solution to a stalking charge without ever being in danger ourselves, we can see a bad person put behind bars and feel relieved, we can explore our own behaviour and thoughts without being judged.”

Dean also adds that despite men being more likely to be victims of crime, with the Office for National Statistics reporting that 2.3% of men are victims compared to 1.2% of women5, women often fear crime more than men: “If you are more fearful, you are more interested in knowing more about how these situations can occur.

“The majority-female audience of true crime could also have something to do with compassion for the victims – it might be easier for women to put themselves in the shoes of the largely female victims that these shows examine.”

By its very nature, true crime focuses on real people in real places. So when high-profile shows like Making a Murderer, which focuses on the convictions of Steven Avery, pick up on these stories, it can have devastating effects on the individuals involved in the crimes.

Tourists now travel to Steven’s hometown of Manitowoc County to take photos next to the Avery family’s salvage yard sign and threats of violence have forced some local officials off social media6. Ken Kratz, the prosecutor who helped put Avery behind bars for the murder of Teresa Halbach, has had 4,000 death threats since the show first aired. Talking to the Guardian newspaper, he said: “My car has been shot at and I’ve had packages explode in my office7.”

Dean says: “For the victim’s friends and families, the focus means that these incidents become more ingrained in the collective consciousness, making it harder and harder to distance themselves from the event.” Sarah adds: “Areas where these crimes happen can also be forever negatively associated.”

However, Melanie believes that grisly crimes can actually encourage people to visit an area: “People are drawn to certain sites with a dark history, like Auschwitz. This is known as dark tourism. Particularly in America, there is a growing trend of going to where serial killers lived or where these violent crimes happened, which reflects the dark side of human curiosity. The media portrayal has a lot to do with this, as does the historic element of the dark tourist spots.”

A common criticism levelled at the true crime genre by the press is that it can desensitise its audience to these horrendous crimes.

But Sarah does not agree: “I think when a crime happens, it is still shocking. People are very good at compartmentalising what’s real, what’s happened in the past and what’s fiction.”

Dean adds: “I think that with the frequency the media is presenting these crimes to us, desensitisation has certainly happened. True crime does also normalise these events and makes us think that we could be potential victims, even though it’s statistically unlikely.

“However, we also become less frightened the more we know – so maybe that’s a positive aspect of our true crime obsession?”