Clean growth - one of the greatest industrial opportunities of our time

The government's Industrial Strategy sets out four Grand Challenges, focusing on global trends which will transform the UK's future. Dr Fred Paterson, the University of Derby's project lead for the Low Carbon Business Network, looks at how meeting the Clean Growth challenge will help us take advantage of global changes to improve people's lives and the country';s productivity.

In 2014, eminent economist Lord Nicholas Stern, supported by scholars from a variety of fields, published the Better Growth, Better Climate report, which concluded that it was possible to have a healthy economy while addressing the challenges of climate change. However, they added the caveat that to minimise the damaging effects of climate change, we had as little as 20 years to make significant changes in our economic behaviour and set in place the foundations for a more sustainable future.

So, how are we doing?

While significant challenges remain, the signs so far are promising. Analysis by the World Resources Institute shows that the UK is one of 21 nations to have maintained economic growth while reducing carbon emissions. This de-coupling of growth from carbon emissions provides an important foundation for a sustainable economy in the future.

In January 2018, the Office for National Statistics released figures for the UK low carbon and renewable energy (LCRE) economy, which grew by 5.0% to £42.6 billion in 2016. This accounts for 1% of total UK non-financial turnover. The number of employees working directly in the UK's LCRE economy grew by 3.3% to 208,000 full-time equivalents in 2016, accounting for around 1% of total UK non-financial employees.

Energy efficient products accounted for almost half of total LCRE turnover (£20.7 billion) and over two-thirds of LCRE employment (141,500 FTE). Exports relating to the low emission vehicles sector were worth £2.2 billion in 2016, representing 60% of all UK LCRE exports. However, this is only part of the 'clean growth' landscape in the UK.

The ONS also estimates that the environmental goods and services sector produced an additional output of £61.1 billion in 2014, growing 18.7% since 2010. In 2015, the Department for Business Innovation and Skills estimated that the wider low carbon economy supply chain employed 460,600 people, approximately 1.5% of all UK jobs.

The low carbon business turnover is thought to be more than double that of the UK's auto manufacturing industry, with the direct low carbon economy generating £26.2 billion in Gross Value-Added terms in 2013. This makes the wider low carbon economy about five times larger than Aerospace; two and half times the size of Pharmaceuticals; almost twice as large as the Chemicals industry and equivalent to Food and Drink in GVA terms.

The wider value of the low carbon economy

These figures mask an even wider trend for businesses in all sectors to provide environmentally friendly, low carbon, green and socially aware products and services - as well as those that are seeking to improve the financial bottom line by reducing operational costs through energy and other resource efficiencies.

These national figures are mirrored by research conducted by our Sustainable Business research group in collaboration with the East Midlands Chamber of Commerce, showing a significant shift towards low carbon goods and services over the last two years. Local businesses deriving some turnover from low carbon and environmental goods or services increased from 16% to 24%, with 12% deriving more than 20% of their turnover from the LCGS sector in 2017, up from 8% in 2015.

The UK Climate Change Act 2008 set out clear emissions targets to be achieved by 2050 and a pathway to deliver these through regular carbon budgets. The Act requires the government to bring forward policies to deliver these outcomes and a monitoring framework overseen by the Committee on Climate Change (CCC), whose role is to evaluate progress and suggest policy changes.

The Government's Clean Growth Strategy was published in October 2017 and sets out its current plan for meeting the legislated carbon budgets through 50 key policies and proposals to be implemented across the economy in the coming years. In launching the strategy, Prime Minister Theresa May said that "clean growth is at the centre of our modern Industrial Strategy" and, by implication, the low carbon business sector will be central to the nation's response to this strategy.

The Clean Growth Strategy includes a range of new proposals and intentions:

In January 2018, the CCC produced its preliminary analysis of this strategy and its assessment of whether the UK is on track to meet carbon budget commitments. It concluded that while the government has made a strong commitment to achieving climate targets, there are significant shortfalls in predicted greenhouse gas emission reductions needed to meet these targets by 2050.

While these policy ambitions are aimed at large corporate organisations and the supply side of the low carbon economy, the CCC also highlights a number of policy intentions that begin to address the demand side of this equation, with aspirations to improve business and home energy efficiency.

The CCC also identifies the need for contingency and recommends a number of further measures to plug the policy gaps and go further to meet our national commitment to the Paris Agreement. The CCC implores the government to pursue these measures vigorously to ensure further delays do not make carbon budgets unattainable.

While the ensuing policy innovations remain uncertain for now, the CCC report provides a strong steer to businesses across our region on the potential direction of travel for policy incentives and deterrents in the coming years.

Find out more about the Low Carbon Business Network.

Other blogs in our four-part Industrial Strategy series:

For further information contact the Corporate Communications team at pressoffice@derby.ac.uk or call 01332 593419. 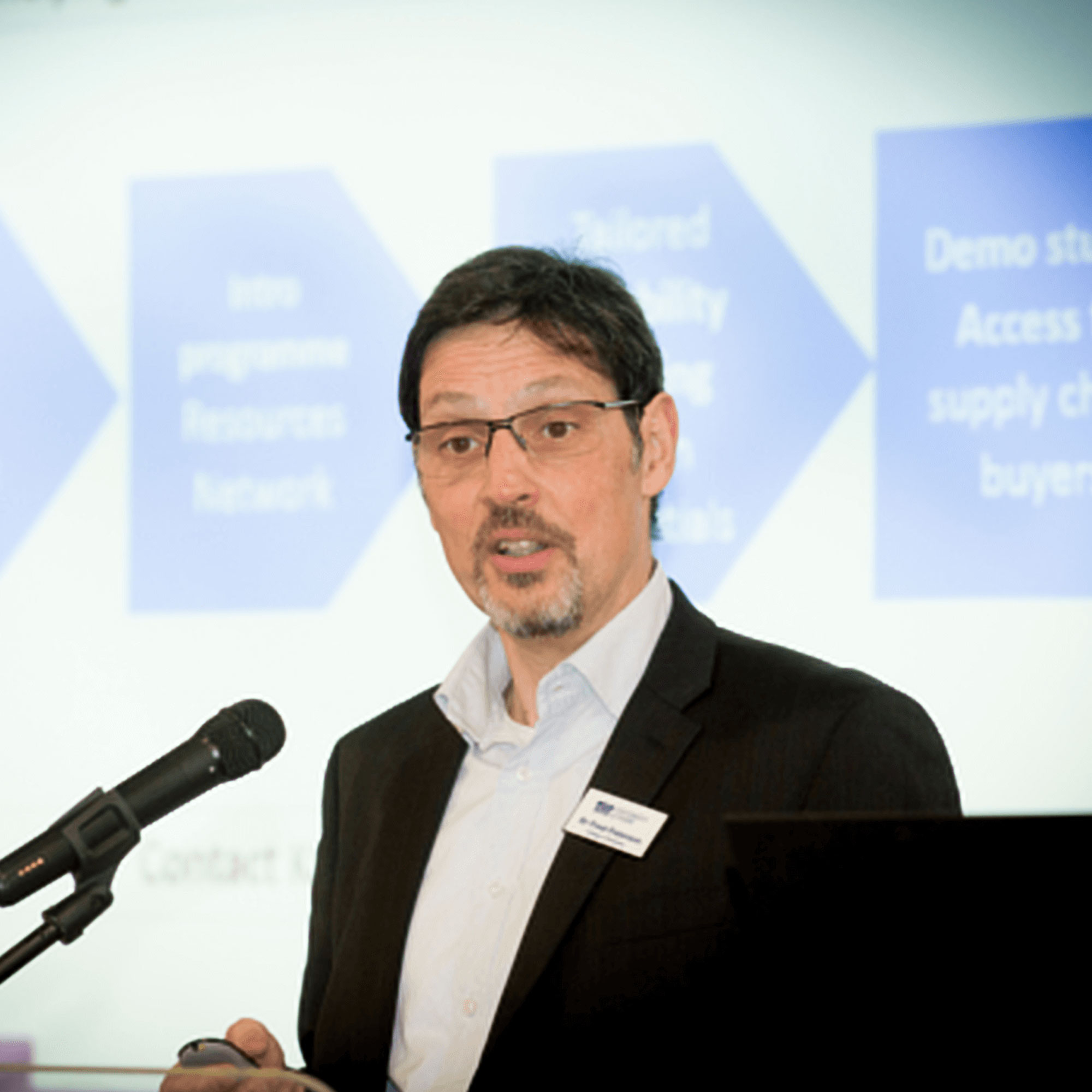 Fred coordinates the Sustainable Business and Clean Growth Research Cluster, leads the Low Carbon Business Network and DE-Carbonise Business project for pro-environmental SMEs. Fred is a Module Leader on the MSc in Sustainable and Ethical Business Management and an active researcher into leadership for sustainability. He also supervises PhD, DBA and MBA dissertation students.