School of Built and Natural Environment

I am a full time Senior Lecturer in Architecture and in July 2010, I was awarded the title of University Principal Tutor in the Built Environment (Architecture).

Leader of the Built Environment Research Group until end 2014.

I graduated in Architecture from the Faculty of Architecture of the University of Florence, Italy in 1983.  As a student, I had the opportunity to take part in very active research groups guided by distinguished specialists in Architectural Design (Leonardo Savioli, Adolfo Natalini, Giovanni Michelucci), Conservation and Restoration (Marco Dezzi-Bardeschi), History of Architecture (Emilio Battisti, Klaus Coening), Urban Planning and Social Architecture (Edoardo Detti).

I qualified and worked as a self-employed architect in Florence from 1983 to 1993.  From 1993 to 1996 I studied at the Manchester Metropolitan University and was awarded a Masters of Arts in Interior Design.  From 2001 to 2007 I taught a range of modules in Interior Design at the Leeds College of Art and Design; I promoted shared research interests (GIDE international programme) with my students, with several students shortlisted or winning design competitions (Formica, Satelliet).

I studied at the University of Leeds for a Postgraduate Certificate in Learning and Teaching in Higher Education from 2003 to 2007 and used the latest learning and teaching processes in my teaching, such as student peer assessment and personal development portfolios.

I am very active in educational research.

Accepted:        On 16th July 2012 and it was presented in Bannari Amman Institute of Technology on 4th September.

/Panel title:       Neuroergonomics and urban design.  Assessing the evidence of Biourbanism practice, after the experience of the first International Summer School

Conference:        EDRA44 PROVIDENCE: Conference organized by the Environmental Design Research Association and the University of Washington, College of Built Environments, in May 29-June 1, 2013 in Providence, Rhode    Island.

Accepted:         Submitted and accepted in February 2013; this paper was presented on 17th September 2013 in the University of Gazi, Ankara, Turkey.

5. Paper title:       Biourbanism as Neuroergonomics in Design in Higher Education

Presented:        On 8th November 2013 in a special session in UAL; the author is now a member of this network on Inclusivity in Learning and Teaching in Higher Education which has been introduced by Dr Kate Hatton, UAL.

Cityscapes by Laws of Nature

Conference:          Eighth International Conference on Design Principles and Practices, “Design As Collective Intelligence, 16th-18th January 2014 in Vancouver, Canada. The Conference was co-hosted by the Carleton University    School of Industrial Design and the Emily Carr University of Art and Design in Vancouver.

7. Paper title:       ‘Hidden agenda in the last decade Localism and Housing Acts in UK. Where is good practice in East and West Midlands case studies?

Conference:     International Conference on art, architecture and urban design “Past present and future of public space (PPF Public Space)", 25th-27th June 2014, Bologna, Italy. Workshop on Neuroergonomics and urban environment: ‘Biourbanism for a human-centered sustainable design’, coordinated by Dr Antonio Caperna and Dr Antonio Serafini. This workshop has been inserted in ‘Multidisciplinary Fields’ as current primary domain and ‘Perception and senses in the urban space’ as current secondary domain.

I am currently interested in studies in innovations in design and technology related to green architecture and also in urban design and planning.

I was interviewed for Biourbanism several times. 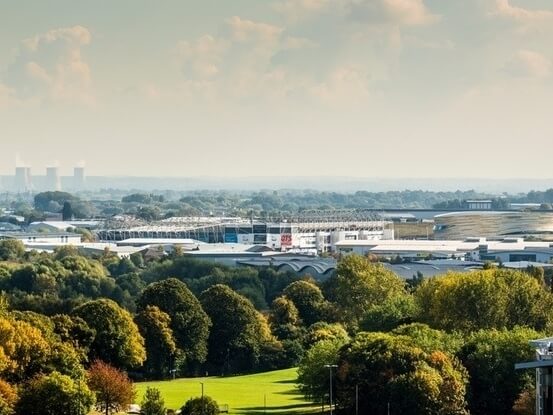 Is Derby a smart and livable city?

Dr Eleni Tracada, Principal Tutor in the Department of Mechanical Engineering and Built Environment at the University of Derby, discusses what a smart and livable city is and how Derby can become one.